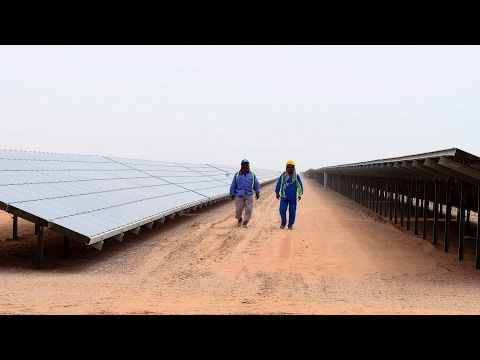 For the first time, on the day of March 23, 40% of Californian grid power between 11 am and 2 pm was generated by utility-scale solar plants.

This proportion was a seasonal effect but not a fluke, and it certainly points to what will be routine in the very near future.

California has so much solar power now that sometimes the price of electricity turns negative. Natural gas plant owners actually have to pay the state to take their electricity when that happens. But they make up for it during high-demand periods.

The negative prices were not passed on to consumers because they get charged for the whole mix, and California electricity rates are among the highest in the country.

If you count in the electricity generated by rooftop solar panels, then on that day at that time, California was actually getting fifty percent of its electricity from solar.

This level of solar electricity generation is new in California. During the past year, there has been a 50% increase in utility-scale solar generation.

If you looked at all the electricity generated in California on the day of March 23, you’d find that 56.7 percent of it was generated by renewewables– in addition to solar there are wind turbines, hydroelectric from dams, geothermal and biomass.

Jobs in solar energy in California expanded by 67% year on year.

California wants a third of its grid energy to come from renewables in only 3 years, in 2020. It wants the proportion to rise to 50% by 2030.