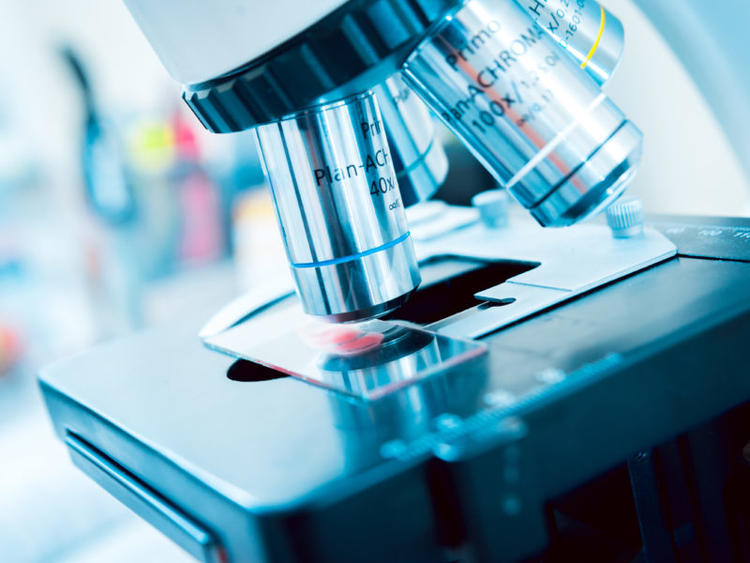 Governments are “trapped” by lobbyists, and it’s hard to fight climate change. But if young people are mobilised and turn to healthy lifestyles, there is hope, according to scientists. EURACTIV.com reports from Lyon.>

Speaking at the Biovision 2017- The World Life Sciences Forum in Lyon, environmentalists emphasised the impact of climate change on health, stressing that greater youth involvement and healthier lifestyles are the only way to save the planet.

They also pointed out the benefits of biotechnology use in different sectors as well as the role the EU should play in order to lead the rest of the world to a fossil fuel-free future.

According to the World Health Organisation (WHO), air pollution, noise, chemicals and radiation trigger one-quarter of chronic and non-communicable diseases.

But national governments’ unwillingness to address this critical situation indicates that new ways should be explored at an individual level.

Biotechnology could help patients across Europe gain access to innovative therapies, for example, against rare diseases. Proponents of bio-medicines also claim that precision therapy, because it is more efficient, will ease the burden on member states’ ailing healthcare systems.

Dr Rajendra Pachauri, a former chairman of the UN’s Intergovernmental Panel on Climate Change and founder of Protect Our Planet movement, stressed that the window of opportunity for action is rapidly closing.

“Approximately 65% of our carbon budget compatible with the 2°C goal is already used,” the professor said.

The Indian professor, who was awarded the Nobel Peace Prize in 2015, said that there is no scientific basis to set a 2°C limit, but that it should be decided by governments worldwide.

“However, I don’t know if this will be acceptable for Donald Trump because he thinks that climate change is a Chinese conspiracy,” he stated, adding that societies have become wasteful.

Referring to the global budget for advertising, he said it was more or less $600 billion and it’s growing, while for the nature protection, there is no advertising at all.

“It’s also true that democracies, not just in the developed world but also in the developing, are trapped into vested interests, companies that just want to maximise their profit,” he stressed, citing as an example US President Donald Trump, who wants to bring back coal.

Dr Pachauri said that after many years of dealing with climate change, he reached the conclusion that governments would never solve the problem.

“The only solution is to mobilise the youth of the world,” he noted, adding that schools, universities and other education foundations can bring about lifestyle changes, focusing on diets.

Moreover, the Indian professor stressed that one should not neglect the role of biotechnology, which can serve both the environment and health.

“It [biotechnology] can significantly contribute not only to healthcare but also to innovation related to the energy sector […] it’s a win-win process with positive spill-over effects,” he noted, adding that the conversion of biomass resources into useful energy has an important role to play.

Pachauri cited examples of projects that help a rapid growth plant without using pesticides. “This is a practical example where biotechnology serves both consumer’s health and the environment,” he said.

“There is a large range of areas where biotechnology could help innovation and improve the efficiency of resources that can be used,” Pachauri added.

According to Paolo Vineis, Chairman in Environmental Epidemiology at Imperial College London, there is also a positive side, which does not rely not on politicians.

Vineis focused on the “co-benefits” theory, which provides action in one sector and results in benefits for climate change, health and the economy in general.

“If get you get rid of coal, you have a number of benefits such as mitigation of climate change. But at the same time, you have improvement of air quality. Emissions from coal are quite harmful to health, especially cardiovascular diseases,” he said.

He also warned that climate change’s effects on health are not always obvious.

“We are aware of floods, heat waves […] but we have discovered a severe health problem, which was observed in Bangladesh, the global laboratory of climate change,” Vineis said.

He noted that a neglected consequence of climate change was the increasing salinity level in coastal areas, due to several mechanisms, including the rise of sea levels.

“Millions of people are drinking salty water and are exposed to a substantial risk of high blood pressure […] we have observed epidemical hyperhydration in pregnant women in Bangladesh,” he warned, pointing out that the situation will deteriorate.

For Vineis, changing eating habits could have a positive effect on climate change.

He cited as an example the intake of meat, which increasing especially in low-income countries. “If we reduce it, we will improve our health and mitigate the climate change,” he said.

In Europe, Germany finds itself topping the European table in terms of meat consumption—along with Denmark, Spain and Portugal. According to a report by Germany’s Federal Ministry for Food, Agriculture and Consumer Protection, 83% of respondents said they eat meat several times a week.

Meat is a great contributor to greenhouse gases due to methane. Estimates suggest that 10% of total GHG emissions worldwide are related to livestock.

Eating less meat will save the planet, study says

The transition to higher meat intake would increase coronary heart disease and Type II diabetes, which is also related to increased sugar consumption and physical inactivity, he said.

In October 2015, the International Agency for Research on Cancer (IARC), the cancer agency of the World Health Organisation, classified the consumption of red meat as probably carcinogenic to humans.

The experts concluded that each 50-gram portion of processed meat eaten daily increases the risk of colorectal cancer by 18%.

On the contrary, Vineis argued, if people reduce the consumption of meat and turn to alternative protein sources, such as legumes, a major difference in emissions will be observed.

“We will reduce the health and environmental risks as well as diseases transmitted from animals,” he noted.

EU should be an example

The EU has recognised the direct impact of environmental changes on health and is trying to mitigate it on a policy and research level.

On a policy level, it has focused on promoting healthier lifestyles and diets as well as legislation related to chemicals, air, water, and soil pollution.

But considering the unexpected climate change effects on public health, the Commission has given emphasis on research under the Horizon 2020.

Currently, there are two initiatives for environment and health, the European Exposome Cluster and the European Human Biomonitoring Initiative.

The European Exposome Cluster aims to create a framework to improve understanding of all the exposures (e.g. pollutants, noise, food ingredients, consumer products, natural or urban environments, etc.) experienced by individual over their lifetime and the effect this will have on their health.

EU ministers reached a compromise on reforms to the carbon emissions market yesterday (28 February), moving the European Union closer to adopting rules that are crucial to reducing greenhouse gas emissions in line with the Paris Agreement on climate change.

The second one is exploring ways to find the proper balance between the interests of industrial competitiveness and of public health by examining the exposure of EU citizens to chemicals and the potential impact of such exposure on human health.

Dr Pachauri told EURACTIV that future markets in the energy sector will be low-carbon and if the EU takes the lead through greater research and development support for low-carbon technologies, it could be ahead of the rest of the world.

In terms of policies, he said the EU should set a uniform carbon price across the continent. “That would be extremely helpful and it could bring a much faster transition from fossil fuels to renewable sources,” he underlined.

“For Europe, it is still possible to accelerate a fossil-free world. I want to see the EU taking the lead and showing the way to the rest of the world.”