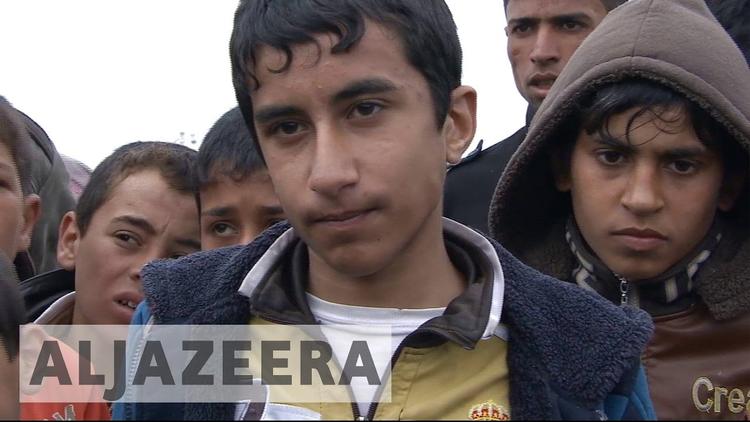 The coalition battling to take the Iraqi city of Mosul from the extremist [so-called] “Islamic State” group (IS) is closing in. Earlier this year, coalition forces captured eastern Mosul (the city is bisected by the Euphrates River) and are now squeezing the city’s western half.

According to Brett McGurk, the U.S. State Department’s special presidential envoy for the global coalition to counter IS, it is trapped.

" . . . the Ninth Iraqi Army Division, up near Badush, just northwest of Mosul, cut off the last road out of Mosul," he said in early March. "Any of the fighters who are left in Mosul, they’re going to die there, because they’re trapped. So we are very committed to not just defeating them in Mosul, but making sure these guys cannot escape."

Progress has been slow, but with good reason. As James Miller, managing editor of The Interpreter magazine notes: "The coalition is being very cautious. IS is throwing suicide bombers, vehicle-borne improvised explosive devices (VBIEDs, in essence car bombs), snipers, and booby traps at the advancing soldiers. As a result, progress is slow — which is smart, because IS’s military defeat is all but certain and each coalition death is just fodder for their propaganda and a major hit to coalition morale. Second, there is also a balance between quickly freeing civilians and avoiding heavy fighting which might kill civilians. … The reality is that IS is an invader, the civilians are human shields, but IS must be defeated and must not be allowed to spread."

In truth, the coalition forces need to be cautious for a third, perhaps even greater, reason. Protecting the lives of their soldiers is obviously of paramount importance, but the military battle against IS on the ground in Mosul will only eventually yield one winner. The issue is then what comes next — and for this Miller is prescient when he talks about the need to avoid heavy civilian casualties.

Safeguarding civilian life is considered a necessary guiding moral principle for any army, let alone one that seeks to battle an enemy it rightly decries as a barbaric death cult. IS must be defeated, but it must be defeated by a force that refutes its detestable practices. Righteousness must be a strategy of war. This conflict is as much moral as it is military.

But this issue is complicated in the case of the Mosul offensive. The Iraqi Security Forces (ISF) fly Shi’ite flags freely from their armored vehicles — the image of Ali, a key figure in Shi’ism, is ubiquitous on the ground. To make matters worse, alongside the ISF fight the highly sectarian, Iran-linked Shi’ite militias, which have on previous occasions massacred Sunni populations in towns they have "liberated" from IS. High civilian casualties must be avoided at all cost to prevent Mosul’s majority Sunni population from following in the footsteps of so many other Sunni Iraqis in the face of Shi’ite persecution and flocking to the black flag.

Once IS is driven out of Mosul, it will need soldiers more than ever. The best way to drive a steady supply of new recruits into the arms of IS would be to take the city with utter disregard for human — specifically Sunni — life. If that happens, the coalition forces will have simultaneously defeated IS in Mosul but put it on "life support" as it retreats into the desert.

Once it does retreat into the desert, however, all pretense that it is still a state will evaporate. As Miller observes, IS: "put a tremendous amount of emphasis on the ‘dawla,’ their physical territory. It was their main propaganda recruiting tool. Now the caliphate, the physical ‘state,’ is doomed to fall … but they’ve proven that they can slow down the advancing coalition in major cities. After Mosul, the coalition will have to push west into Syria, and I would expect them to get similarly bogged down in major cities and towns in Syria: Al-Bukamal, Deir ez-Zour, and, of course, their capital city, Raqqa."

Nonetheless, IS is in serious trouble: surrounded, cut off from foreign recruits, and in a propaganda retreat. The halcyon days of 2014 and early 2015 — when it seemed an unstoppable force and drew thousands to its ranks every month — are long gone.

IS will lose its physical caliphate but — critically — the group will not disappear along with it. Rather, its fighters will melt into the desert and continue to fight from there. Like a butterfly regressing back into a caterpillar, the group will regress from fighting like a standing quasi-state army to fighting like the terror group it has always been. And it will not stop. Salafi-Jihadism is as strong as ever — as the continuing success of the Taliban and numerous Al-Qaeda franchises shows.

Alongside military power must come soft power; alongside guns must come words. Coalition forces must push a powerful message — a counternarrative to IS’s narrative of Sunni victimhood and of Shi’ite and Western perfidy. For this, it is crucial that Middle Eastern forces take the lead in the battle against it; that it is Sunnis, Shi’a, and Kurds, not British, Turkish, and American forces that are the primary actors in its downfall.

Those who created IS were defeated before, in Iraq, but they came back — in a more dangerous and sophisticated form — because they were able to successfully create a narrative that spoke to many Iraqis and Syrians. It held that foreign and sectarian forces were responsible for all their misfortunes; that, once more, those seeking to exploit the region for their own gain had invaded the Middle East. This mistake must not be repeated.

As Miller concludes: "Sectarianism and the narrative that the United States is fighting a war against Islam, or at least against Sunni Islam, are the most important enemies to defeat. And they can’t be killed with bombs."

The views expressed in this blog post do not necessarily reflect the views of RFE/RL.