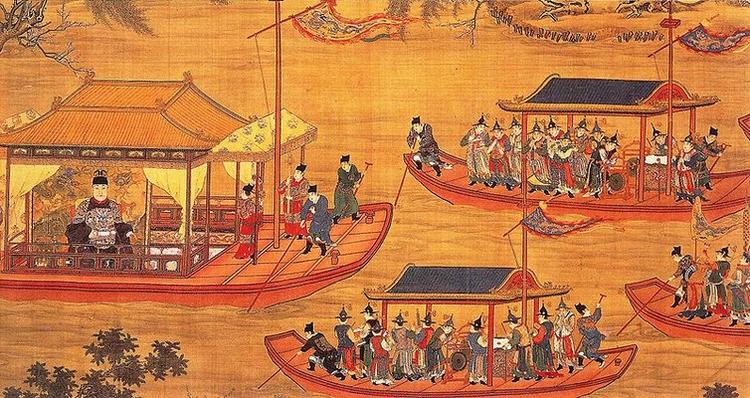 The Trump administration’s hostility towards climate action and research leaves a void in global climate politics. Could China step up?

The world’s largest absolute emitter could certainly use US inaction as an excuse to backslide on its promises of greenery. But China could instead see this as an opportunity to project itself as our planet’s leading custodian.

Evidence suggests the latter course is far more likely. Opening the annual National People’s Congress in March, premier Li Keqiang pledged to “make the sky blue again”. Both the report he presented and the legislation and decisions reached continued to stress environmental issues, albeit perhaps not as emphatically as in recent years.

Meanwhile, in January at the annual World Economic Forum pow-wow in Davos, president Xi Jinping took advantage of Trump’s economic nationalism to affirm China’s commitment to globalisation. As the US rejects the very idea of global responsibilities, China is thus apparently aiming to reap the rewards of positioning itself as the polar opposite.

This isn’t just empty rhetoric. Chinese investment overseas in green technology increased by 60% last year to US$32 billion. More importantly, the broader context of Chinese domestic politics has created strong incentives for further environmental efforts. This suggests an authentic medium to long-term commitment. And in China, it is the “dog” of domestic politics and regime legitimacy that wags the “tail” of geopolitical strategising.

The environment is already a massive and potentially explosive issue within China. The increasingly powerful urban middle classes are becoming ever-more aware of environmental issues, particularly those that affect their health, such as air pollution or food, soil and water safety.

The government’s key programme to make manufacturing more innovative is also intimately tied to environmental goals and the opportunities of “cleantech” such as electric cars). Even China’s digital giants including Alibaba and Tencent are more interested in the environment than their equivalents
in Silicon Valley.

There are even broader factors at play too. As the country has grown in both domestic prosperity and global stature over the past 40 years it has gradually been compelled to address with ever-greater urgency its own central question. This is: how will China once again be the unquestioned centre of the world?

Restoring civilisational preeminence is easier said than done, however, especially given the starting place for these efforts. The past 200 years have seen a violent repudiation of traditional cultures and painful engagement with Western-dominated modernity. This remains a sensitive wound. For central to the Chinese concept of a unique “Chineseness” is both its unsurpassed cultural greatness and its unrivalled longevity.

Embryonic “soft power” efforts have proven problematic, which calls into question the universal appeal of Chinese culture. Meanwhile, traditional ideas such as Confucianism occupy only peripheral roles in contemporary life. This exposes both the comparative youth of modern China and the unresolved legacies of its traumatic breaks with its past.

The situation creates twinned dissonances: between China’s actual and “rightful” standing in the world and between its actual and desired relation to its own traditional culture. Crucially, though, protecting the environment is seen by the government as a key opportunity in both cases. Hence Beijing’s leading slogan of “ecological civilization” – significantly a civilizational project that also, inseparably, has environmental sustainability at its heart.

The idea here is to draw on and renew distinctively Chinese ideas of Confucian harmony between humans and nature. This, it is hoped, could present a China to the world whose culture uniquely qualifies it to be the global environmental saviour. And it could reconnect the Chinese themselves to their traditional cultures, updated for a contemporary world of environmental responsibility.

Progress is unlikely to be smooth. China’s one-party state does allow for the massive mobilisation of resources crucial to the major projects of sustainable transitions. But that same political structure – best described as “fragmented authoritarianism” – also makes it harder to foster cutting-edge innovation and harder to implement environmental regulations – and to involve different stakeholders in decision-making.

As such, China still lags behind the US in the global game of cultural hegemony. Yet its grand project of “ecological civilization” is so important in contemporary domestic politics that the environment will likely be seen as China’s trump card for some time yet. If America chooses to play its hand badly in the meantime, this will simply be welcomed in Beijing as a further stroke of good luck.