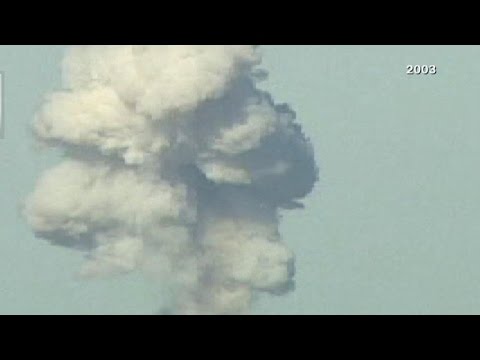 In his less than three months in office, Donald Trump has escalated four wars, and all of his escalations have been failures.

Trump campaigned on reducing such foreign entanglements and focusing on the US and its needs. But in office he has declined to rethink any of these commitments and indeed has escalated in each theater.

Trump’s first escalation was in Yemen, in late January. He sent in a team of navy Seals to attack an alleged al-Qaeda compound. But the man he was targeting had switched sides and was supporting the Yemeni government. The raid produced no useful intelligence and the target disappeared. A navy Seal was killed along with some 30 civilians, including children. The raid did not further the Saudi war aim of defeating the Houthi militia– it was aimed at al-Qaeda in Yemen, which has taken advantage of the Saudi intervention to grab territory.

In Iraq in late March, once Trump came in, the restrictive rules of operation for the military insisted on by Obama were loosened by the US miltitary. A bombing by a US aircraft caused the collapse of a civilian apartment complex, killing at least 200 innocent civilians.

In Syria’s Northeastern Front, Trump doubled the number of US special ops troops embeded with the leftist Kurdish militia, the YPG. These forces are intended to attack ISIL in its Syrian capital, Raqqa, but despite promises by Trump, no such concerted new campaign has begun. Then when it appeared last week that the Syrian regime used poison gas in its struggle against the al-Qaeda affiliate and its allies in the Northwestern Front at Idlib, Trump dropped 59 Tomahawk missiles on a small airbase. No significant damage was done and Syria was flying missions again the next day.

On Thursday, Trump hit with an 11 ton bomb some caves in Nangarhar, Afghanistan, said to be being used by Taliban rebels who had joined ISIL. The US has lost 1/3 of Afghanistan to fundamentalist rebels, mostly Taliban, in a 16-year war that is going worse now than than at any time since spring, 2002. There is no prospect of defeating guerrillas with air power, no matter how massive. The US carpet-bombed Vietnam and still lost. The desperation of the Trump administration is demonstrated by the use of old Saddam Hussein hyperbole, calling the missile ‘The Mother of all Bombs.’ Trump is actually translating his propaganda directly from Dictator Arabic! Saddam had called the Gulf War ‘the Mother of all Battles’ (Umm al-Ma’arik), though this was a literal press translation. The phrase means the ‘essence of all battles.’ Saddam’s hyperbole did not serve him well.

What all four Trump interventions in his ongoing US wars in the Middle East have in common is that they were splashy, produced headlines for a day, and altered the course of the conflict not a jot or a tittle.

Trump is gradually inducting his Four Wars into his Reality-Show universe, where everything is done for ratings and just for show.

CBS – “Mother of all bombs” dropped in Afghanistan, targeting ISIS-