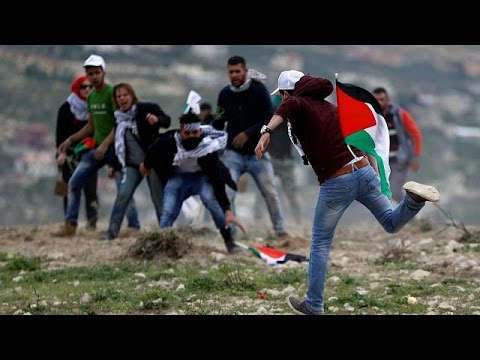 BETHLEHEM (Ma’an) — Palestinian leaders on Thursday and Friday strongly condemned an Israeli security cabinet vote on Thursday night that unanimously approved the establishment of a new illegal Israeli settlement on occupied Palestinian land, for the first time in 20 years.

According to Israeli daily Haaretz, the new settlement Emek Shilo will be located near the already established illegal settlement of Shilo in tthe occupied West Bank district of Ramallah. Citing a statement released by the Israeli Prime Minister’s office, Haaretz said that the decision to establish the settlement — in violation of international law — was part of a “promise” Israeli Prime Minister Benjamin Netanyahu gave to Israeli settlers of the illegal Amona outpost as residents were facing court-sanctioned demolitions several months ago after building on private Palestinian land.

Haaretz also reported that Netanyahu had previously told US President Donald Trump’s administration that he “intended to keep his promise,” and added that “politically speaking, it was impossible for him to renege on it.”

The decision will be presented to Israeli ministers not part of the security cabinet in a poll to decide whether the controversial move receives final approval, according to Haaretz.

Peace Now released a statement following the decision, pointing out that the decisions made in the cabinet meeting also included Netanyahu announcing his final approval of the marketing of land that could provide the construction of up to 2,000 new settler units and the declaring of 977 dunums (241 acres) of Palestinian land as Israeli state land for the retroactive legalization of three Israeli settler outposts.

“Israel continues to destroy the prospects of peace in our region and to severely affect our lives by the theft of land and natural resources, and by the further fragmentation of our country,” Secretary General of the Palestine Liberation Organization (PLO) Saeb Erekat said in a statement on Friday in response to the decision.

“We hold Benjamin Netanyahu and his extremist government fully responsible for the consequences of such violations,” Erekat said, adding that “we are not going to accept any formula that aims at legitimizing the presence of Israeli colonies on occupied Palestinian land.”

Erekat continued in the statement that Israel “enjoys the culture of impunity that allows it to strengthen its apartheid regime in Occupied Palestine,” adding that the international community, including the US, United Nations, and the European Union, will not achieve peace by “tolerating such crimes.”

Erekat also noted that recent actions absolving Israel of its violations against Palestinians, including censuring a UN report calling Israel’s policies against Palestinians “apartheid”, and avoiding implementing any punitive measures to hold Israel accountable for its policies, are “all signs for Israel that they can go ahead with their policies of occupation, colonization, oppression and apartheid.”

“It is ironic that on the same day Palestinians somberly commemorated the killing of six Palestinians and the injury of more than 100 others who nonviolently protested Israel’s decision to steal more than 20,000 dunams of land in the Galilee in 1976, Israel announced the establishment of a new illegal settlement,” Ashrawi said in a statement released Thursday night.

“Forty-one years later, Israel’s policies remain unchanged as Prime Minister Benjamin Netanyahu and his extremist, racist coalition government continue to persist with their systematic policies of settler colonialism, apartheid and ethnic cleansing,” she added, noting that the Israeli government has shown “a total and blatant disregard for Palestinian human rights, independence and dignity.”

“Today’s announcement once again proves that Israel is more committed to appeasing its illegal settler population than to abiding by the requirements for stability and a just peace.”

Ashrawi said Israel’s policies of expanding illegal settlements and displacing Palestinians for the goal of creating a “Greater Israel” spanning across occupied Palestinian territory should make it clear to the international community that “they need to intervene immediately and to undertake concrete measures to hold Israel accountable with serious punitive measures.”

“It is time that all members of the international community serve the cause of peace and justice and bring Israel to cease and desist its unlawful settlement activities and illegal unilateralism once and for all,” she concluded.

The Hamas movement also released a statement following the decision, saying that Israel has “revolted” against international resolutions that have repeatedly rejected Israel’s settlement enterprise and underscored their illegality under international law.

Following the passage of UNSC resolution 2334, which strongly condemned Israeli settlements, and the more recent resolutions adopted by the UNHCR condemning Israel for its human rights violations in the Palestinian territory, which also included expanding Israeli settlements, the Israeli government responded with approving the expansion of settlements, including the passage of the outpost Legalization bill, and the revocation of $2 million of financial support to the UN.

“All Arab leaders who participated in the Arab Summit must confront this serious challenge of Israel continuing its aggressions against the Palestinian people,” the Hamas statement added.