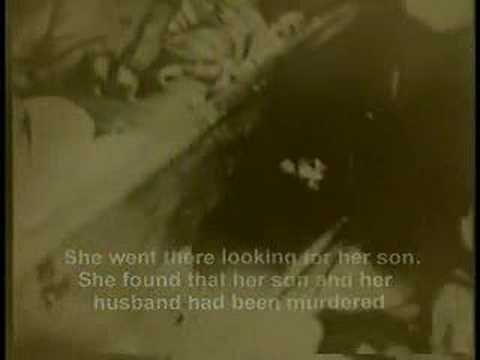 BETHLEHEM (Ma’an) — The Palestine Liberation Organization (PLO) marked on Sunday the 69th anniversary of the Deir Yassin massacre, when at least 100 Palestinians were killed by Zionist militias in the Jerusalem-area village of Deir Yassin in 1948.

Deir Yassin has long been a symbol of Israeli violence for Palestinians because of the particularly gruesome nature of the slaughter, which targeted men, women, children, and the elderly in the small village west of Jerusalem.

The number of victims is generally believed to be around 107, though figures given at the time reached up to 254, out of a village that numbered around 600 at the time.

The massacre left more than 50 young children orphaned, Ashrawi noted, adding that the deadly attack was part of a broader plan in 1948 to expulse Palestinians from their homes “with the deliberate intent of establishing the State of Israel on Palestinian soil.”

“After sixty-nine years, the Deir Yassin massacre still remains an important reminder of Israel’s systematic measures of displacement, destruction, dispossession, and dehumanization,” Ashrawi said. “The calculated efforts by Israel to completely erase the history, narrative and physical presence of the Palestinian people will not be ignored or forgotten. It is time for Israel’s lethal impunity to come to an end.”

“We urge all members of the international community to hold Israel to account immediately, to curb its ongoing violations against the Palestinians, and to support our nonviolent and diplomatic efforts to seek justice and protection in all international legal venues,” she added.

The Deir Yassin massacre was led by the Irgun militia, whose head was future Israeli Prime Minister Menachem Begin, with support from other paramilitary groups Haganah and Lehi whose primary aim was to push Palestinians out through force.

Records of the massacre describe Palestinian homes blown up with residents inside, and families shot down as they attempted to flee.

The massacre came in spite of Deir Yassin resident’s efforts to maintain positive relations with new Jewish neighbors, including the signing of pact that was approved by Haganah, a main Zionist paramilitary organization during the British Mandate of Palestine.

The massacre was one of the first in what would become a long line of attacks on countless Palestinian villages, part of a broader strategy called Plan Dalet by Zionist groups aiming to strike fear into local Palestinians in hopes that the ensuing terror would lead to an Arab exodus, to ensure only Jews were left in what would become modern-day Israel.

The attack on Deir Yassin took place a month before the UN Partition Plan was expected to be carried out, and was part of reasons later given by neighboring Arab states for their intervention in Palestine.

The combination of forced expulsion and flight that the massacres — what would later become known among Palestinians as the Nakba, or catastrophe — led around 750,000 Palestinians to become refugees abroad. Today their descendants number more than five million, and their right of return remains a central political demand.

The anniversary of the deadly razing of the village comes as modern day Palestinians in occupied East Jerusalem and the West Bank continue to face widespread illegal settlement expansion, home demolitions, detention campaigns, and extrajudicial executions at the hands of Israeli forces.