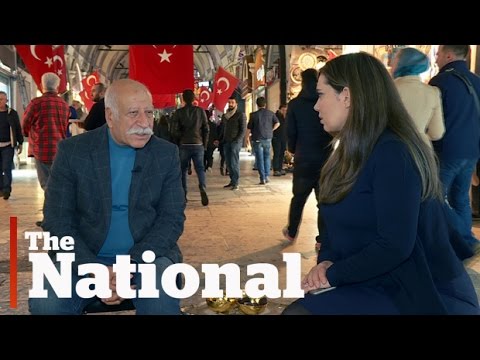 When the Turkish government announced its plans to transform itself into an executive presidency, no-one was particularly surprised. This plan, which has been described as “the most radical political change since the modern republic’s foundation in 1923”, is the culmination of a steady drift towards authoritarianism in Turkey which began a decade ago.

It’s set to come to a head on April 16, when the country will vote on whether to endow its president, Recep Tayyip Erdoğan, with near-total control over the major state institutions – military, financial and political. If Erdoğan wins the day, the nexus of political power in Turkey will become the huge marble encrusted presidential palace which he ordered built on the outskirts of the country’s capital, Ankara, at a reported cost of US$350m. The whole scenario has much more in common with a central Asian dictatorship than an aspirant EU member.

Erdoğan’s camp within the ruling party, the Justice and Development Party or AKP, argues that what’s proposed is nothing more than a typical executive presidency, with the head of state doubling as head of government. They are quick to compare it to the American system – but less eager to highlight the proposed system’s near-total lack of checks and balances, which have been eroded over the past decade by the same president who now wants to be given full control.

It’s been a full decade since Erdoğan lost hope that the EU would let Turkey join it, and began to consolidate his domestic power base instead. Turkey’s long quest for liberal democracy soon went into reverse. Since then, the country’s scrutinising forces – the military, the news media, the judiciary, the academy – have seen their power and independence incrementally pared back to a point where the rule of law, freedom of expression and association are hopelessly compromised.

This semi-authoritarian state of affairs is a great help to the “yes” (evet) camp. Government loyalists have a strong presence on social media and control most news outlets. Yet the referendum seems too close to call, and the campaign has polarised Turkey’s people into two camps: those who believe everything Erdoğan says, and those who believe nothing.

In authoritarian regimes where leaders are used to getting their way, close outcomes can be dangerous, and so it goes in Turkey. Erdoğan is a skilful populist operator; he plays to the gallery by demonising anyone who opposes him, whether at home or abroad, as Dutch Prime Minister Mark Rutte found when his Turkish counterpart accused him of behaving like the Nazis. But whereas his foreign targets can lick their wounds at a distance, the consequences are more serious for domestic opponents.

More than 80 journalists are languishing in prison for simply questioning AKP policy. Reports of maltreatment and even torture are commonplace. Many Turks living and working abroad who have criticised the AKP fear they will be arrested if they return home to a country where criticising the president on Twitter is now a criminal offence.

As things stand, Erdoğan already exerts something close to the total control he hopes the referendum will formalise. Turkey has been in a state of emergency since the attempted coup d’etat of July 2016. The attempted coup has also been the pretext to purge state of opposition voices, particularly followers of exiled Sufi cleric Fetullah Gülen.

For Erdoğan, this is all the culmination of a ten-year quest to take back control from the secular Kemalist elite which dominated Turkey for so long – and he isn’t going to let the chance slip through his fingers now without a struggle.

If the “yes” camp wins, Turkey can expect further AKP domination. If Erdoğan loses, he may start to play even tougher than he has done already, especially with the progressive Kurdish HDP party (Halkların Demokratik Partisi) and the wider Kurdish issue.

The HDP’s leaders are already in prison on terrorism charges, and Kurdish areas of eastern Turkey have seen many civilians killed by government forces. There is always a danger the de facto civil war in eastern Turkey could spread westwards.

The international community has said remarkably little to criticise this authoritarian drift – perhaps because Turkey holds serious sway over major problems affecting both the EU and the US.

European leaders worried about anti-migrant populism depend on Ankara to control the number of refugees heading west from Syria. Meanwhile, the US faces the awkward truth that its ostensible NATO ally is mired in the bloody Syrian quagmire, and possibly fighting a different enemy – but so long as Washington needs Turkey in the fight against Islamic State and Bashar al-Assad, it cannot publicly scold its president.

If Turkey ends up voting “yes” by a close margin, the lid will stay on these problems for a while yet. But they won’t go away – and nor will Turkey lose its crucial geopolitical position.

The National: “Turkey prepares for referendum to expand presidential powers”