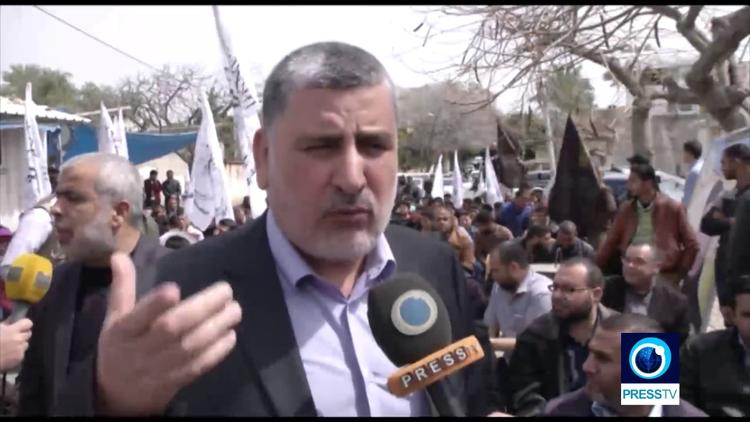 RAMALLAH (Ma’an) — Israeli authorities have detained approximately one million Palestinians since the establishment of the state of Israel in 1948 and the subsequent occupation of the West Bank, including East Jerusalem, and the Gaza Strip in 1967, according to a joint statement released Saturday by the Palestinian Committee of Prisoners’ Affairs, the Palestinian Prisoner’s Society (PPS), and the Palestinian Central Bureau of Statistics (PCBS).

The groups said that Israeli forces detained hundreds of thousands of Palestinians during the first and second intifadas, which they referred to as one of the “most difficult historical stages” of Palestine.

During the First Intifada, which lasted from Dec. 1987 until the Madrid Conference in 1991 aimed at reviving the Israeli-Palestinian peace process, scores of Palestinians were detained by Israeli forces as a result of the largely nonviolent uprising which relied on various campaigns of civil disobedience.

In 2000, the Second Intifada broke out — known as the Al-Aqsa Intifada — after then Israeli Prime Minister Ariel Sharon entered the Al-Aqsa Mosque compound in an act of provocation, causing heavy clashes to break out between Palestinians and Israeli forces, which developed into a full-scale uprising.

According to the joint statement, by the time the uprising ended in 2005, Israeli authorities detained some 100,000 Palestinians, including 15,000 minors and 1,500 women, and 70 Palestinian lawmakers and former ministers.

The statement added that since October 2015, when a wave of political unrest erupted across the occupied Palestinian territory and Israel in what many locals refer to as the “Al-Quds (Jerusalem) Intifada,” some 10,000 Palestinians have been detained by Israeli forces, the majority of whom were from occupied East Jerusalem.

About one third of the Palestinian detainees since 2015 were children and teenagers, the statement said. According to Palestinian prisoners’ rights group Addameer, 300 of the 6,300 Palestinians currently being held in Israeli prisons are minors.

“Human rights violations and the torture of children have been documented via lawyers working in these institutions,” the statement read. “Night arrests, severe beating in front of their parents, shooting at them before detaining them, handcuffing, feet cuffing, and blindfolding, in addition to delayed notification of their right to legal assistance,” were among the violations committed by Israeli forces against minors.

The statement also pointed out that 13 members of the Palestinian Legislative Council (PLC), including a woman, Sameera al-Halayqah, are currently being detained by Israeli forces. The oldest detained MP is Fatah leader Marwan Barghouthi who has been detained since 2002 and is serving five life sentences.

Some 210 Palestinian prisoners have died as a result “extrajudicial exterminations” or from “deliberate negligence under torture” in Israeli custody, the report highlighted, saying that the most recent case was Muhammad al-Jallad, who died in detention in February after succumbing to a gunshot wound inflicted by Israeli forces months before.

“Since the creation of the Israeli occupation state in 1948, collective extrajudicial extermination has been committed against Palestinian prisoners by shooting them after their arrest.” the statement continued.

Fatah-affiliated Palestinians held in Israeli prisons announced last month that they would stage a mass hunger strike on Palestinian Prisoners’ Day, in an action by Marwan Barghouthi. The strike calls for an end to “provocative and humiliating” searches of prisoners, an end to medical negligence, ensuring regular family visits, an end to isolation and administrative detention, as well as a long list of other demands.

“Every day, Palestinian prisoners are on the front lines of struggle, facing torturous interrogation, nighttime raids, solitary confinement, and relentless attacks on their rights at the hands of Israeli occupation forces. Those attacks are aided by international and corporate complicity, support and profiteering,” prisoners’ rights group Addameer said in a statement last month.

“Palestinian Prisoners’ Day is a critical time to stand against state and corporate complicity with Israeli imprisonment of Palestinian political prisoners.”

Press TV: ” Gazans rally in solidarity with prisoners ahead of mass hunger-strike”