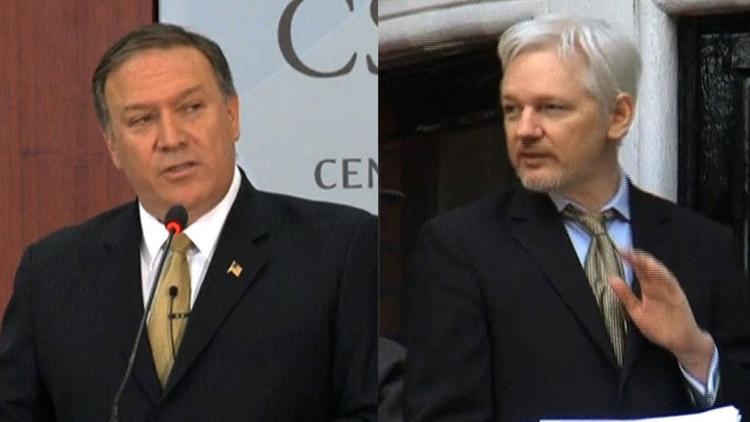 The U.S. has not formally laid charges against Assange, but many within the new administration are signaling a hostile approach.

United States Attorney general Jeff Session said the country was stepping up its efforts against leaks and that the arrest of WikiLeaks founder Julian Assange was now a “priority.” While U.S. policy toward Assange still has many guessing, reports are now circulating that the U.S. has already drawn up charges against the whistleblower.

“This is a matter that’s gone beyond anything I’m aware of,” Session said in a press conference on Thursday. “We have professionals that have been in the security business of the United States for many years that are shocked by the number of leaks and some of them are quite serious.”

“So yes, it is a priority. We’ve already begun to step up our efforts and whenever a case can be made, we will seek to put some people in jail,” the attorney general added.

According to CNN, the U.S. has prepared charges with the aim of arresting Assange and is trying to navigate the difficult legal territory around freedom of speech under the First Amendment.

Sources close to CNN said that under the Obama administration, former Attorney General Eric Holder and the Department of Justice deemed that bringing charges against the Australian national would be too difficult.

Assange’s lawyer Barry Pollack told CNN that the Department of Justice had not indicated to him that there were charges against Assange and were despite repeated ongoing requests were “unwilling to have any discussions at all.”

“There’s no reason why WikiLeaks should be treated differently from any other publisher,” Pollack said.

Session comments add to increasingly hostile rhetoric against WikiLeaks from the Trump administration. CIA director Mike Pompeo recently referred to the organization and its staff as “demons.”

“It’s time to call out WikiLeaks for what it really is: A non-state hostile intelligence service often abetted by state actors like Russia,” said Pompeo. “Julian Assange has no First Amendment freedoms. He’s sitting in an Embassy in London. He’s not a US citizen.”

Assange embarrassed Washington by leaking 500,000 secret military files related to U.S. war crimes in Afghanistan and Iraq, as well as revealing information about U.S. spy programs. He was also seen, though many say unfairly, as a factor that led to Hillary Clinton’s defeat to Trump in last year’s presidential election.

Weeks out from his shocking election win, Trump waved around a sheet of paper at a rally, boasting “this just came out, WikiLeaks! … I love WikiLeaks.” In 2010, however, Trump called Assange out for treason.

“I think it’s disgraceful, I think there should be like death penalty or something,” Trump said.

Assange has been holed up in the Ecuadorean Embassy in London since 2012 where he sought asylum in the fear that if he was extradited to Sweden over sexual assault charges — which he denies — he would then be extradited and charged in the U.S.

In February 2016, the U.N. Working Group on Arbitrary Detention said that since being arrested in December 2010 as part the sexual assault charges in Sweden, Assange has been arbitrarily detained by Sweden and the U.K., and has been subject to a “deprivation of liberty.”

If Assange was to be extradited to the U.S., his work with WikiLeaks could see prosecutors push for decades of jail time.