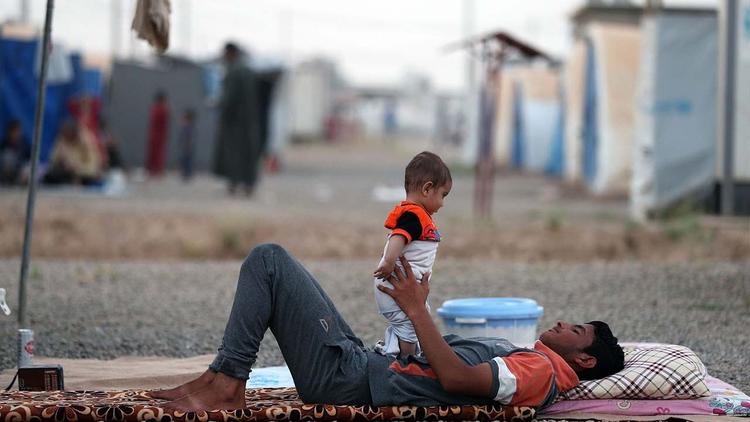 NIQASH’s Mosul correspondent left the city shortly after the extremist Islamic State group took over. But most of his family remained. After 34 months, he returned home. This is what he found.

When I left Mosul on July 1, 2014 – fearing for my life because I was a journalist – I never imagined that I wouldn’t be able to return until this month. Shortly before I left I wrote another story in June of that year, about taking a stroll around the city a week after the Islamic State group took it over. I never thought it would take this long to come back and take another walk.

For more than two and a half years Mosul has been isolated from the rest of Iraq, as the extremists from the Islamic State drew the borders of their so-called Caliphate around my city in blood. But now, almost all of the city has been liberated from their brutal presence.

Through the windows of the taxi I am taking from Baghdad, I notice there are many more checkpoints all along the 400-kilometre road home. It is no longer enough to slow the car for the speed bumps and nod or salute the soldiers, then just continue your journey. Instead, the cars are stopped and many questions are asked. People returning to Mosul have to answer them all before being allowed back into their city. We saw long queues of people waiting for the soldiers to check their names.

Also around us as we walk, are the corpses of the extremist fighters. Nobody seems to care about them. Sometimes I see passersby curse these dead men.

At our usual roadside stop in Baiji, around 200 kilometres north of Baghdad, I got my first real shock. The area was so badly damaged. There was nothing there anymore. All the people had left and Iraq’s largest oil refinery was almost destroyed.

Our driver began to navigate more cautiously here, avoiding the holes caused by explosions and burnt out scraps of vehicles and tires.

Finally, we get to the outskirts of Mosul. The taxi driver changes his route in order to avoid the ongoing fighting in certain parts of the city and we join a long queue of cars waiting in front of the floating bridge, one of the only ways to get across the Tigris river.

As we crossed that bridge, south of the city, I began to feel dizzy. The whole time I had been forced to live outside of my hometown and away from my family, who had remained in Mosul and who had been in danger for over two years, I had tried to be patient. I had hoped that one day I would return, that I would be the winner. Now here I am, so close.

As I get out of the taxi I just spent seven hours in, I can still hear the sounds of fighting. I am still standing next to war. Nothing separates me from this but the river. And I was not just here because I was curious. My mother and father and my brothers had miraculously survived and this is where they are staying.

I cried when I saw them again. Just as I had lived, hanging onto my patience, for 34 months I had also lived with the fear of losing them – like so many others have lost their families. I can see the impact of this war etched on their faces and their bodies. You hear about the humanitarian disaster that Daesh [the colloquial name used for the Islamic State group] caused but you can see it so much more clearly if you look at the faces of the survivors.

When I looked at one of my relatives, I didn’t even recognize him at first. Nothing was the same about his face except his nose and his teeth. He had lost at least 20 kilos and he was as pale as a corpse. He was scaring me.

And he laughed more and almost shouted: “We survived a war! There is no more Daesh. Is this actually true? Look at my children. They’re eating chocolate!”

We gather around the dinner table to eat. One of the kids starts shouting: “Chicken. Chicken.” He seems surprised to see it. The other child points at a plate of salad and asks me what it is. He had not seen anything like this while the city was under the control of Daesh and he seems to think it is some kind of miracle.

I didn’t want to leave Mosul without seeing our family house. I had grown up there, and spent 30 years of my life in those rooms. So five days after we heard that Daesh had been forced out of our old neighbourhood, I went there. It is risky and it takes me three hours to make a journey that used to take 15 minutes.

I pass through a number of checkpoints and cross the floating bridge again. I travelled in civilian cars and also hitched a ride with some military vehicles but at a certain stage I had to walk, because no vehicles were allowed further into the area. Our old neighbourhood is still classified as a battle zone because it’s still very close to ongoing fighting.

There was a lot of black smoke and I can hear the sound of gunfire and mortars. Planes and helicopters are flying overhead and I keep ducking involuntarily. But I am determined to continue.

One man who is going in the opposite direction warns me that there are still a lot of improvised explosive devices in this area, deliberately set by Daesh to kill or wound the military and returning civilians.

I keep going but I walk very carefully following in the paths of others. When I get to our neighbourhood and see the devastation I feel a renewed sense of shock. So much is gone. I am with a friend and three houses next to his were levelled. Others are beyond repair. Most of the private cars owned here have been crushed by military bulldozers – Daesh had forced locals to put their cars in the middle of the street in order to block the Iraqi army’s advance.

My neighbourhood is like a patient who has just come out of surgery for the removal of a malignant tumour and is still hallucinating from the drugs they were given. Everything is sad. Everything makes me feel like crying.

Also around us as we walk, are the corpses of the extremist fighters. Nobody seems to care about them though. Pedestrians just block their noses as they go by. Sometimes I see them curse these dead men: “They deceived you and promised you heaven and virgins but now you’re just lying here, dead, and soon you will be thrown into the garbage.”

Nearer my own family’s house, a policeman checks my ID and then comes with me to the building. “You should be careful because the house might still have bombs inside,” he says. “Yesterday a civilian was killed when he opened the front door. Daesh have put booby traps everywhere.”

Feeling extremely anxious, I enter the house. I knew security forces had searched the building but every time I open a door, I panic that something is going to explode. One of the most unforgettable things I see is under the concrete stairs: It was here that my parents and brothers had been hiding, living in the safest place they could find during the fighting.

Under the stairs were dirty dishes from the last meal they ate before deciding to flee in the direction of the Iraqi military. I wonder if they will ever want to return here. Again, it makes me sad.

I hear so many terrible stories while I am in Mosul. And on the way back to safer parts of the city, it becomes clear to me that the ghost of Daesh won’t leave my city for a long time. We are in a car and there is music playing. “Stop,” my friend cries out, trembling with fear. “Turn off the music, quickly. They are coming!”

Then he stopped, he blushed. He had seen a car that looked like the cars that Daesh used when they were patrolling the city enforcing their rules, such as the one that forbids music. That was so painful for me to see. I won’t forget that.