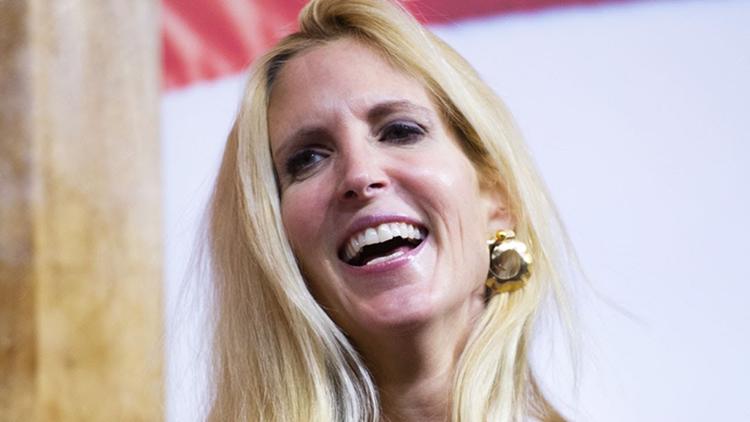 The cancellation of human outrage machine Ann Coulter’s speech at the University of California-Berkeley has generated yet another round of pearl-clutching and hand-wringing about safe spaces and campus free speech. Also: it has generated lawsuits. And once again, we’re having the wrong argument. The Coulter imbroglio, like those surrounding Milo Yiannapoulos, David Horowitz and countless other right-wing fraudsters, obscures the truth about who can say what on college campuses today.

Most speech restrictions at colleges and universities are directed not at far-right bomb-throwers like Coulter but rather at professors, particularly at public universities. There, professors are considered public employees who are forbidden from engaging in any speech that explicitly favors one party over the other in the classroom. While these laws are designed to prevent professors from standing in front of their classes and literally endorsing a candidate, in practice they have a chilling effect on the ability of politically-engaged scholars to pursue their work to its logical conclusions. The fear of dismissal if professors don’t explicitly distance whatever they’re saying from their employer is why Ulrich Baer had to update his recent New York Times piece on campus speech to make sure everyone understood that NYU didn’t endorse it. New York University is a private institution; the op-ed contained no endorsement of candidates in any ongoing election. Why did Baer have to issue that disclaimer, exactly?

Since 9/11, cases of professors being harmed professionally by their political views are legion. An outspoken critic of Israel, Norman Finklestein, was denied tenure at DePaul University in 2007 despite being well published in his field. In 2014, the University of Illinois revoked a job offer to American Indian Studies Professor Steven Salaita after he posted sharp criticism of Israeli behavior during that year’s attack on Gaza. The university eventually paid Salaita nearly a million dollars in damages. UC Berkeley itself tried to stop a student-led course on Palestine that went through all the usual permitting, allegedly under pressure from Israel. And these are only the high-profile cases.

The purpose of bringing up this history is to point out that universities often have one free speech standard for their own employees, and another for invited speakers, though it should be acknowledged that most such invitations are extended, not by university departments but by campus groups, some of them with a tenuous relationship to the university proper. In any case, at Berkeley, Ann Coulter actually has more free speech rights than a tenured professor. To see how this is true, play a little game with me. Imagine if a tenured professor at Radical University were to Tweet something like, “Anyone who serves in the U.S. military is mentally ill,” or “Police officers should be considered legitimate targets of violence” or “White children in America are agents of demographic genocide against people of color.”

Then think about some of the things written and said by people like Milo Yiannopoulos, Richard Spencer or Ann Coulter, all provocateurs somehow deemed worthy of invitation to share their timeless insights into the human condition with university audiences. Coulter on murdering abortion providers: “I am personally opposed to shooting abortionists, but I don’t want to impose my moral values on others.” Spencer on how American minorities should go back to their countries of ethnic origin: “It’s like presenting to an African that this hasn’t worked out.” Yiannopoulos on trans people: “They are deeply mentally damaged, and they are failed by a liberal establishment obsessed with making them feel good about themselves.” At most universities, the bare minimum consequence for saying any of these things out loud to a roomful of alumni would be getting called into an emergency meeting with the dean or the provost and dressed down.

Yet these shit-stirrers and self-aggrandizers run around the country trying to book college gigs precisely so that they can cause controversy when the inevitable protests break out. They suffer no meaningful consequences if a talk is cancelled here and there and their First Amendment rights remain very much intact. (The First Amendment protects people from the US government banning their speech, which hasn’t happened). Moreover, few of them have ever published anything worthy of an invitation to address a community of scholars, unless you think In Trump We Trust is a work of meaningful intellectual inquiry. But somehow, when faced with such provocations, the protestors are told that by exercising their own speech rights to register their disapproval of a woman who believes that the leaders of Muslim countries should be murdered and their citizens converted to Christianity, they are creating a national moral panic and calling the cops in to break up the free speech kegger.

Professors aren’t invited to that party anyway. Many academics practice a form of self-censorship that would be painfully familiar to journalists in authoritarian regimes – we develop ‘red lines’ that are formally or informally communicated to us by the administration and then don’t cross them. Some of this is, of course, a process of sensibly adjusting to unfortunate political realities and not jeopardizing the jobs and livelihoods of your colleagues. But let’s please not pretend that I can get on Twitter tonight and say whatever I damn well please even if that’s what the law says.

It’s not a coincidence that nearly every single campus speech controversy from the last few years happened on a handful of elite campuses where aspiring Reince Preibus clones can spitball names of outrageous speakers at College Republican headquarters to conjure maximum outrage and attention. If the purpose was intellectual exchange, they’d invite Ross Douthat, not David Horowitz. But of course, the purpose is not intellectual exchange.

The really important thing to understand about academic freedom is that it’s designed to protect members of university communities from retaliation based on their scholarship or work as public intellectuals. It was most definitely not meant to ensure that smarmy campus conservatives can invite coked-up Nazis to tell us that trans folks are mentally ill or that it was A-OK for FDR to round up innocent Japanese-Americans and imprison them for four years. Universities are not our national laboratories for experimenting on the line between inquiry and incitement. For professors and staff, they are our workplaces, and for students their homes. No one – not professors, not students, and certainly not Richard Goddamned Spencer – has the kind of free speech rights on campus that Ann Coulter’s defenders imagine that they do. Most of the people telling you otherwise haven’t set foot on a university campus in decades and have absolutely no clue what actually happens on one. If they are interested in doing so without being greeted by protestors, they might try producing a single thought worthy of an intellectual audience. If they go around merely insulting people to their faces in order to provoke disorder for headlines and lucrative book deals–and therefore create such conditions of insecurity that campus police beg off trying to handle it, then they are behaving more like a biker gang invading a small town than like public intellectuals.

Campus dissidents have, of course, also sometimes objected to visits by former policymakers like Dick Cheney, or prominent global figures like IMF Managing Director Christine LeGarde. Perhaps the hysteria surrounding these kinds of controversies could be reduced by agreeing that certain kinds of speakers – legitimate scholars, heads of state and accomplished policymakers – should be given the benefit of the doubt even if some groups on campus object to their past actions or rhetoric. But doing so would require conservatives to cease their harassment of critics of Israel and efforts to penalize the Boycott, Divest and Sanctions (BDS) movement. And it would require that speakers adhere to the same standards of discourse observed by the students, faculty and staff who must continue their work long after the latest provocateur has moved onto the next engagement. That standard is not “anything goes” and the sooner the broader public realizes that, the sooner we can lower the temperature on these kinds of controversies.