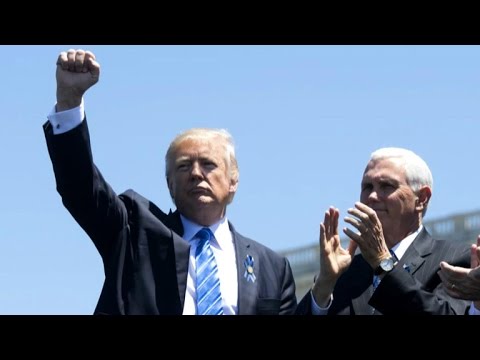 Globally, US security partners are beginning to rethink sharing sensitive intelligence with the United States. That decisio should worry all Americans, since it puts the US at greater risk of being blindsided.

The Republican Party has long claimed to be the party of security, in large part because they confuse belligerent rhetoric with security. A war with Iran would have made the United States beleaguered, bankrupt and feeble. President Barack Obama’s deal with Iran saved the US from that fate. Diplomacy and care with words enhances US security. Rattling sabers leads to being run through by a saber.

The hollowness of GOP claims to be the party of strength are demonstrated by the mass of US allies running for the door and vowing never to show Washington anything remotely important.

Even the Israelis, who would have no security without the US, are kvetching about Trump’s latest breach. It is widely thought that he endangered an Israeli spy who had penetrated ISIL. And Tel Aviv is royally angered.

Former Mossad head Shabtai Shavit slammed Trump and said he’d be careful about sharing intel with the US in future, and observed that all America’s allies would have the same reaction. Another former Israeli intelligence head, Danny Yatom, said that Washington had to be punished for Trump’s gaffes, or else he would just go on making them.

It should be noted that the CIA considers Israeli intelligence one of the leakiest among US allies, and according to Sy Hersh, Washington was convinced that Mossad ran Jonathan Pollard to get US naval secrets, some of which somehow ended up in Moscow. Also, somehow some US military weapons specifications ended up in China.

So if the Israelis now think Trump is too leaky to do business with, that is saying something.

Then Burkhard Lischka, a member of the German parliamentary intelligence oversight committee, called Trump “a security risk” and said: “If it proves to be true that the American president passed on internal intelligence matters that would be highly worrying.”

So it seems that the vaunted Republican Party advantage on security and intelligence issues is a mirage. A sitting Republican president is scaring off our closest allies from tight security cooperation. Who knows what terrorist plot might be missed because of it?

Trump has only been in office a few months, and he has already ruined intelligence relationships forged over decades.

Because he is a bratty blabbermouth?

I wish this controversy were even at the level of policy. But you know, the Republicans had a chance to look at Trump and say, ‘no way.’ Instead they embraced him and joined his administration. All of us will pay the price for their pusillanimity and shortsightedness.