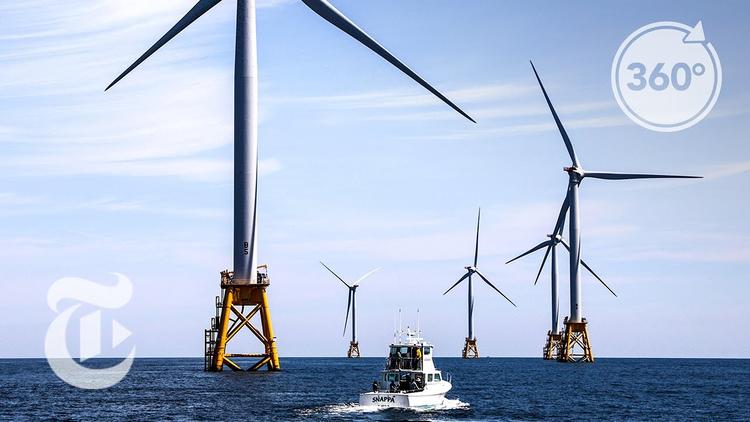 Every now and then I re-visit these lines of the Canadian poet and songwriter, Leonard Cohen:

Ring the bells that cannot ring
Forget your perfect offering
There is a crack in everything
That’s how the light gets in.

In these times of climate change denial, macho military chest-beating, stagnant wages, and soulless extremes of wealth and poverty, light-bearing cracks are all that we have. They surface in unexpected places.

Take North American Windpower magazine, a monthly shaft of light. It was first sent to me by a friend who never subscribed to it. When I told her how informative – and realistically hopeful – it was, she turned her non-subscription over to me.

The March 2017 issue carried the story of an oil sands worker in Alberta, Canada, Lliam Hildebrand, who created a national initiative, Iron and Earth, to retrain out-of-work oil sands tradespeople – among them pipefitters, electricians, boilermakers, drillers, and construction laborers – to enter the Canadian renewable technologies workforce, including solar, wind and hydro. A survey of 1,000 oil sands sector workers revealed that 63% responded that they could transition directly to the renewable energy sector with some training; and 59% reported that they were willing to take a paycut to transition into the renewable sector. The Canadian wind company, Beothuk Energy Inc., has signed a Memorandum of Agreement with Iron and Earth to retrain oil and gas workers for the company’s proposed offshore wind farm project, which has the potential to create 40,000 jobs.

Why not a similar US program for unemployed coal industry workers, given that everyone knows – except the President – that the cost of coal generated electricity cannot compete with renewables, and that solar and wind are the biggest job creators in electric power generation. A team of developers recently proposed to install a large solar farm atop two mountaintop removal sites in the heart of coal country, Pikeville, Kentucky. Further, they have pledged to hire as many unemployed coal miners as they can. What more prescient sign of the times than this: in April 2017, the Kentucky Coal Museum installed solar panels on its roof!

In nearby West Virginia, the Coal River Mountain Watch is fighting to save 6,600 acres of their mountain from being blown up for strip mining of coal with a proposal for a 440 Megawatt wind farm. The windpower would generate electricity for 150,000 homes, remove only 200 acres of hardwood forest, create 200 jobs with 40-50 being permanent and longer lasting than coal jobs, and provide sustainable income for the local economy.

Remember the March photo-op of President Trump surrounding himself with coal miners as he signed an Executive Order dismantling the Clean Power Plan with its goal of reducing carbon dioxide emissions by 32% from 2005 levels by 2030? He promised the miners that with the stroke of his pen, he would put them back to work. But the know-nothing president had not run his promise by the industry.

‘ “You can’t bring the coal industry back to where it was,” ‘ retorted Robert Murray, CEO of Murray Energy Corporation one of the largest independent operators of coal mines in the country. Moreover, Murray has ‘ “no immediate plans to reopen mines or hire miners after the order is signed,” ‘ according to the May issue of North American Windpower.

The wind blows strong and steady in Iowa, says lieutenant governor Kim Reynolds who justifiably touts her state’s goals and ambitions for renewable energy in the April issue of North American Windpower. Iowa is well on the way to meeting 40% of their electricity from wind turbines, the largest share of any state in the country and among the highest in the world. She notes that it is the convergence of many factors, among them, political, educational, business, and community, that fosters this state’s favorable renewable energy climate.

In 1983, Iowa passed the country’s first renewable electricity standard at a time when it was almost totally dependent on coal. Since then, public universities, with state support, have developed strong wind energy research programs and are educating wind energy engineers and policymakers, while community colleges are training technicians to install, service and maintain wind turbines. As for manufacturing jobs, almost all of turbine manufacture, assembly and installation is done by in-state companies some of whom have re-located there. Others, such as Facebook and Google, were attracted by the abundance of renewable energy and good infrastructure. Farmers, on whose land the wind turbines spin, gain a reliable revenue source in lease payments; and local governments, an improved tax base for local public needs. MidAmerican Energy Company, Iowa’s largest utility, envisions providing 100% renewable energy for its clients.

One final thought in light of the heroic resistance of Native Americans at Standing Rock Reservation, North Dakota to a fracked oil pipeline endangering their water and sacred sites. In the northern Great Plains, likely the richest wind regime in the world, the potential of tribal wind power exceeds 300 gigawatts across six states, according to the Department of Energy. This motherlode is equivalent to about half of the current electrical generating capacity in the United States.

Pat Hynes, a retired environmental engineer and Professor of Environmental Health at Boston University, directs the Traprock Center for Peace and Justice in western Massachusetts .