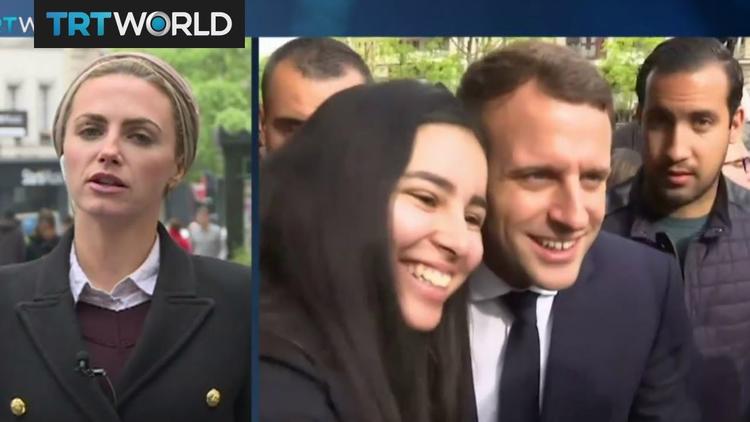 On April 24, the day after her second-place finish in the first round of the French presidential elections, Marine Le Pen thundered against her opponent, Emmanuel Macron, declaring, “Nothing in Monsieur Macron’s plan, nor anything in his behavior indicates the least evidence of love for France.”

She went on to invoke his supposed advocacy of “savage globalization” and “massive immigration.”

All of these charges were tied to a theme she used the previous evening, not even an hour after the first-round results were announced. She proclaimed, “It is time to free the French people from an arrogant elite.”

In the days since, Le Pen has used the charge of elitism to bind together the various strands of her appeal to French voters.

In her telling, an aloof and callous French political establishment has sold the nation’s fortunes and soul to global economic forces, the European Union and immigrants. Patriotism and “la patrie” (“the fatherland”) is in danger. She presents the election as an existential struggle, in which the victory of her opponent would “place our civilization in danger,” and asks the French to “choose France.”

As a historian of France, I cannot help but note that these themes remind me of political struggles during the last two centuries, not just over the direction of the country, but over its soul. What’s at stake is what kind of nation France is, and who is really French.

Marine Le Pen and her party, the Front National, have long used xenophobia and anti-immigrant rhetoric to discuss who does and does not belong to the national community. But of late, Le Pen has taken a different approach, one that identifies the un-French, the foreigners, as the “arrogant elite.” Enter Emmanuel Macron.

Le Pen’s strategy is to paint Macron as an outsider. She claims his experiences and attitudes are alien to the mass of French people.

This is ironic. It’s true that Macron has presented himself as an outsider, yet this is supposed to be a strength. At 39, he has never held elected office, but is the head of En Marche!, the “Association for the renewal of political life.” He pointedly refuses to call it a political “party,” but instead refers to it as a “movement.” Formed scarcely a year ago, it seeks to provide a focus for widespread discontent with establishment politicians and parties, what Americans would call “politics as usual.”

He seeks this transformation by governing above and outside party personnel and interests, making use of “new faces, new talents,” not the usual political insiders. Macron has said he will not ask where supporters “come from, [only] if they are for the renewal of political life, for the security of the French people, for the freedom of labor, for the reform of schools, for the right of everyone, wherever they come from, to advance in society, and for reviving the building of [a united] Europe.”

Yet Macron’s positions are tinged with numerous ironies, and Le Pen has pounced on these. If the En Marche! movement’s emphasis on new blood and new ideas in the political system represents an attempt to break up and renew a stagnant society, some of the policies do not appear all that revolutionary. Cutting business taxes and eroding robust protections for workers, maintaining close integration with an aloof and arrogant EU bureaucracy and hiring more police could also be seen as moves to preserve the status quo.

A home unfit for elites

More personally, Macron himself is vulnerable to charges that he is an unlikely vessel for radical change. A wealthy investment banker, until very recently he was a member of the deeply unpopular Socialist Party. He was also economy minister under the even more deeply unpopular current president François Hollande.

Macron is, in fact, a pedigreed member of the governing elite. He is a graduate of one of the most prestigious lycées (high schools) in France, Henri-IV in Paris, and of the École nationale d’administration. Graduates of this institution are known as énarques. They serve throughout the French civil service and government, and often also dominate business and corporate life. Few countries have an equivalent of this network of highly trained administrators, and in France énarque is synonymous with élite.

Never mind that entrance into the elite schools that Macron has attended is based on merit. Though complicated by class, gender and race, social mobility through personal achievement is an important principle in French history. French revolutionaries declared in 1789 that social distinctions would no longer be based on birth but on “usefulness” to society and the nation. Napoleon later affirmed that France was a place where “careers open to talent,” not birth, was the rule. The nation has worked ever since to embrace an egalitarian vision where anyone from anywhere can succeed. From some points of view, Macron embodies this ethos. Restoring social mobility is a central plank in his electoral platform.

Yet the vision that Le Pen offers the French electorate is one in which she opposes an out-of-touch representative of the discredited political class currently failing France. Her project is to restore the nation to its rightful owners. And who might these be? Eschewing past Front National slogans with anti-Semitic overtones, such as “France for the French,” Le Pen has instead opted for, “This is our home!” and “France first!”

These watchwords articulate a fear of foreigners, in the nation’s midst or poised on its borders. Far right movements have done this since the late 19th century in France, but here Le Pen and the Front National make foreigners of France’s own elites.

Le Pen portrays Macron as alien to the French national body. When she says he is a “hysterical, radical Europeanist” who is weak on radical Islamic terrorism, she associates him further with alien threats. And when she says, “There is not one area where he shows one ounce of patriotism,” she questions not just his love of country, but his very Frenchness. When she asks voters to “choose France,” she makes him and his policies not-France. She places him outside the nation and hostile to it, a foreigner because of his elitism and allegiances. He cannot love France as she does.

Whether or not the French electorate responds to Marine Le Pen’s professions of love, she has quite consciously made the battle for French hearts and souls the central issue of the campaign.