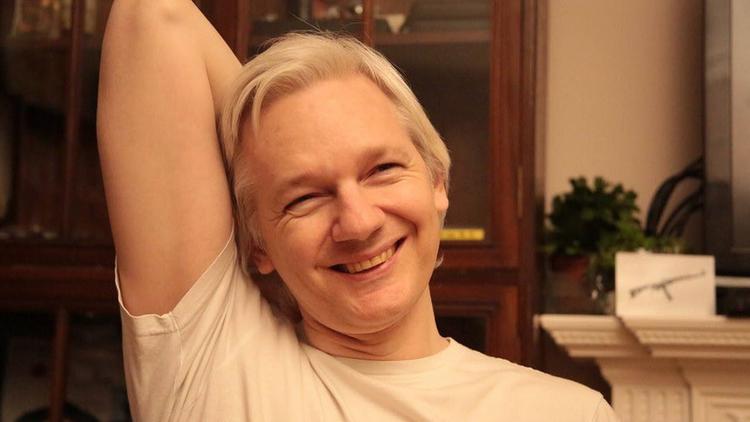 Swedish prosecutors dropped the rape investigation into WikiLeaks founder Julian Assange on Friday, saying the investigation had not been able to proceed because of legal obstacles.

“Today is an important victory for me and for the U.N. human rights system,” Assange said in an address on the balcony of the Ecuadorean Embassy in London.

Assange, 45, has lived in the embassy since 2012 when he took refuge to avoid extradition to Sweden over rape allegations. He feared Sweden would hand him over to the United States to face prosecution for information leaks as thousands of classified military and diplomatic documents were published by WikiLeaks.

Swedish Chief Prosecutor Marianne Ny said that the investigation could be reopened if Assange came to Sweden before the statute of limitations deadline for rape allegation in 2020. “We are not making a statement about his guilt,” Ny added.

Assange said being detained for seven years without charge while his children grew up and his name was slandered is something that he won’t “forgive or forget.”

The United Nations has decried the unfair treatment of Assange, declaring that he was being arbitrarily detained and that his human rights were violated.

Assange thanked the United Nations and Ecudor who “stood by my asylum despote intense pressure” in his address.

Ecuador’s government welcomed the decision by Sweden, but said it was long overdue.

“Ecuador regrets that the Swedish prosecutor delayed more than four years in carrying out this interview,” said Ecuadorean Foreign Minister Guillaume Long. “This unnecessary delay was despite the repeated insistence from the Ecuadorean government — ever since the granting of asylum in 2012 — that this interview was not only possible but that Ecuador would facilitate its carrying out in our embassy.”

“Given that the European arrest warrant no longer holds, Ecuador will now be intensifying its diplomatic efforts with the U.K. so that Julian Assange can gain safe passage in order to enjoy his asylum in Ecuador,” said Long.

After a seven-year stand-off with Sweden, Assange may still not be able to leave the Ecuadorean Embassy. British police said that if Assange were to leave the embassy it was still their obligation to arrest him. But the British government has not commented on whether the United States had made a request to extradite Assange.

“Westminster Magistrates’ Court issued a warrant for the arrest of Julian Assange following him failing to surrender to the court on the 29 June 2012,” British police said. “The Metropolitan Police Service is obliged to execute that warrant should he leave the embassy.”

Assange claimed he has the basic right to seek asylum like everyone else and that the decision of the British police is unaccpetable.

“My legal staff have contacted the United Kingdom authorities and we hope to engage in a dialogue about what is the best way forward,” he said.

As the founder of WikiLeaks, Assange said it will continue its publication. “The threats toward me, my staff and WikiLeaks will not be tolerated.”

Assange also said the release of Chelsea Manning this week a “even more important” victory. Manning, a former army intelligence analyst who leaked three-quarters of a million classified U.S. war reports and diplomatic cables to WikiLeaks, was released from military prison Wednesday morning after seven years.

“While today is an important victory, the road is far from over,” Assange said.