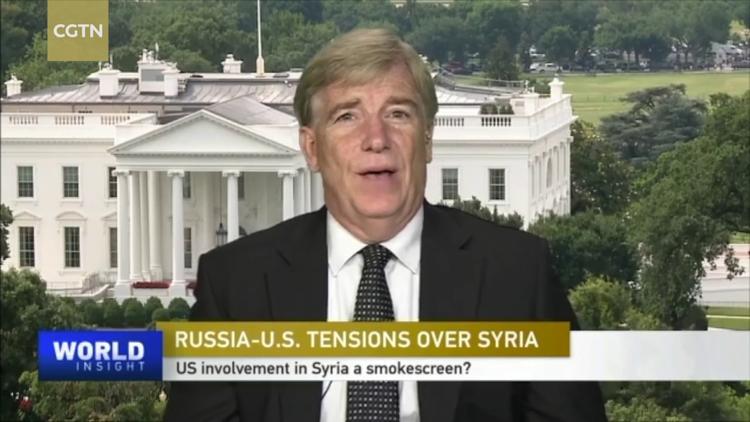 U.S. intelligence agencies – 17 of them – agree that evidence shows the Russian government hacked the Democratic National Committee and waged a campaign to influence voters in 2016.

Although no evidence of collusion between U.S. citizens and Russia has been proven yet, President Donald Trump and Secretary of State Rex Tillerson’s attempt to improve relations with Russia has been hobbled.

The cloud hanging over the White House seems to be growing, with Congress considering sanctions against Russia. A majority of Americans view Russia unfavorably and believe it represents a threat, according to Gallup. Russia is depicted daily as a major menace to the United States. The slightest concession by an American to a Russian overture has become suspicious and smells of capitulation.

As a historian who has watched and written about the rocky ride Russians have experienced since the collapse of the USSR, I offer a look at the broader context of U.S.-Russia relations.

While Russia has certainly caused mischief for Washington and Europe, I don’t believe we should consider negotiation and compromise with Putin as appeasement – as we did during the Cold War. Careful consideration of how Russia views its own vital interests may help us see past the noise.

How big a threat is Russia?

In reality, the most powerful country in history and on the globe at the moment, the United States, faces a considerably weaker adversary in Russia.

Putin slashed military spending a few months ago by 25.5 percent, just as Trump plans to increase American defense spending by more than $54 billion.

Russia’s economy pales in comparison to America, Europe, Japan and China. It has an economy roughly the size of Italy’s, but must provide for a larger population, territory and defense budget.

It’s true that a somewhat weaker power can annoy, pressure or even harm a stronger power. And while Russia has a huge nuclear arsenal and impressive cyber capabilities, it is seriously outmatched by the United States in terms of influence and power. Obama referred to Russia as “a regional power,” and Putin thinks of America as a “global hegemon.” There are important truths in both of their statements.

Both Putin and his predecessor, the late Russian President Boris Yeltsin, repeatedly complained about the expansion of NATO into Eastern Europe, and even into countries formerly part of the Soviet Union – the Baltic republics of Estonia, Latvia and Lithuania. The Kremlin made its opposition clear in 2008 when it launched a devastating incursion into Georgia, a country that hoped to join NATO. In 2014, Russia, Europe and the United States maneuvered for dominance in Ukraine – this time Russia lost. Moscow exacted its revenge by annexing Crimea in March 2014, which only drove Ukraine deeper into the arms of the West.

Putin occasionally overreaches, as he did in Crimea. Yet the Russian president usually plays his comparatively weak hand rather shrewdly. In Syria, for example, Putin supports the Bashar al-Assad government, a truly vicious regime that is prepared to kill hundreds of thousands of its citizens to hold on to power. Here the United States tried regime change, but Putin and Iran’s backing of Damascus made that impossible. As both the Obama and Trump administrations struggled to formulate a policy in Syria, Putin effectively marginalized the United States by forging a common front with Turkey and Iran.

And while the United States and Russia might disagree about the Syrian regime, they do have some common ground. Both powers have decided that the first priority is to combat the Islamic State. Both countries have found reliable allies against IS in the Syrian Kurds, which my research suggests is a distinct nation prepared to fight for their autonomy or independence. Despite Russia’s first priority to defend Assad’s government, both the United States and Russia appear at the moment to be working together with the Syrian Kurds to contain IS, the most immediate danger to the Middle East and by extension much of the world.

The crises over Syria, Ukraine and Georgia, as well as Russia’s blustering threats against the Baltic republics, all are responses of a relatively vulnerable, less-than-superpower. Russians feel threatened, humiliated by the West’s military expansion eastward. American troops regularly exercise in what was once the Soviet Bloc. American rockets have been placed in the Czech Republic and Poland. Russian and American planes buzz each other near the Russian enclave of Kaliningrad.

Although it is unable to reestablish the kind of dominance in Eastern Europe that it enjoyed during the Cold War, the Kremlin is determined to retain an influential position in the part of the world closest to its borders. What we are watching, in my view, is an uneven struggle between a real superpower and global hegemon, the United States, and a regional hegemon, Russia, that feels it has been backed into a corner.

More than anything else, in my opinion, Russians wish to be taken seriously.

Putin still refers to the United States not as an adversary but as a partner, as he did repeatedly in interviews with film director Oliver Stone. At the same time, unwilling to accept American global dominance without challenge, he fails to face the effects his policies have on Western leaders and the broader public. He repeatedly declares he is perplexed by the hysteria in America that demonizes Russia.

While investigations into Russian hacking and Trump’s campaign ties must continue, the major hot spots mentioned above will continue to smolder and may suddenly flare up. The stakes are high and Russian and American interests coincide in many areas. There are few that can not be ameliorated, if not fully resolved, through negotiation.

Yet, the distance between the two countries grows wider by the day. Wrangling inside the Beltway – one of the signs of a healthy democracy – continues. But above the din, few voices can be heard calling for a more sober and farsighted evaluation of our strategic interests. In my years as a historian, I have found that it is precisely in such moments of heightened confrontation and deafness to the interests of others that unpredictable and destructive conflicts break out. As impossible as it seems at the moment to deescalate inflammatory rhetoric, I believe only discussion and negotiation offer a way forward.

CGTN: “Tensions between Russia and US over Syria ratchet up”