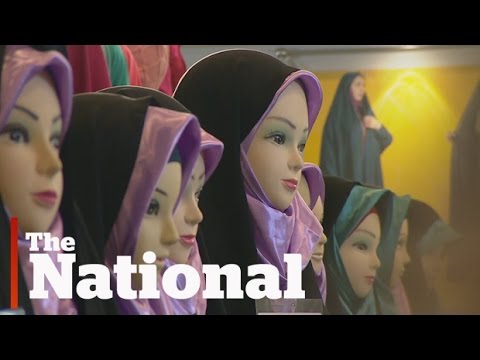 Judging women by the degree to which they respect the compulsory hijab is nothing new in Iran.

In the past, hard-liners have accused so-called “badly veiled women” of being responsible for everything from social ills to natural disasters.

But recent comments by the Friday Prayer leader of the central Iranian city of Saveh, who likened women who don’t fully respect the Islamic head scarf to prostitutes, appear to mark a new low.

Hojatoleslam Seyed Ebrahim Hosseini reportedly made the comments during his Friday Prayers sermon on June 2. He criticized those who are against compulsory veiling while defending it as one of Islam’s “most-pressing issues.”

“The white veil, like those green and purple wristbands — they all smell of sedition. They’re all like flags that prostitutes would hang over their roofs in the [Dark Ages],” Hosseini said, according to an audio recording of his comments posted online.

Hosseini appeared to be referring to a campaign called White Wednesdays, in which some women have been wearing white veils in public for one day each week. They have also recorded antihijab messages and posted them on social-media platforms such as Instagram.

The movement was launched by exiled Iranian journalist Masih Alinejad, who has been campaigning against the compulsory hijab from outside the country.

Hosseini’s reference to green and purple wristbands appeared to target both supporters of Iranian President Hassan Rohani, who chose purple as his campaign color, as well as backers of Iran’s opposition Green Movement, which was formed to protest alleged fraud in the 2009 presidential vote and which was violently suppressed by authorities.

At some of Rohani’s campaign events held before the May 19 presidential vote, loosely veiled women were seen holding signs criticizing the hijab and the morality police who enforce the law. Many Rohani supporters also wore purple and green wristbands and other items.

The hijab became compulsory following the 1979 Islamic Revolution and the creation of the Islamic republic. For nearly four decades, tens of thousands of women have been harassed because of their appearance. Those who fail to fully observe the hijab are fined, detained, and publicly harassed by the country’s dreaded morality police, which launches regular crackdowns, especially in summer.

Hosseini’s comments have been condemned by several lawmakers and activists, who have accused him of insulting Iranian women and of being overly sensitive about their political activism.

Lawmaker Hojatoleslam Abdollah Mazani blasted Hosseini in a post on the popular Telegram app used by millions of Iranians. “Those who wore green and purple wristbands were 24 million Iranians who voted for Rohani,” he wrote, adding that if Hosseini was worried about women wearing the hijab, he should guide them while also respecting “Islamic ethics and manners.”

“Based on what religious, moral, and legal right do you allow yourself to accuse millions of Iranians of depravity from the sacred tribune of Friday Prayers?” he asked.

Lawmaker Parvanhe Salahshouri was also critical of Hosseini’s comments. “I don’t understand why some are so concerned about women’s political participation. And such concerns aside, why the insults?” she was quoted as saying by the reformist Sharq daily.

She said Hosseini should apologize to women to preserve the “dignity” of Friday Prayer leaders.

Hosseini has not publicly commented on the controversy sparked by his comments.

Friday Prayer leaders are said to receive their talking points from the office of Iran’s highest authority, Supreme Leader Ayatollah Ali Khamenei. Friday Prayers are often used as a platform to sends messages to Iran’s “enemies,” usually the United States, and critics of the establishment.

The physical appearance of Iranian women, and their hijab habits, have been a recurring theme at Friday Prayers.

In an episode that made international headlines in 2010, Tehran’s temporary Friday Prayer leader, Ayatollah Kazem Sediqi, suggested that women who don’t respect hijab rules fully and who wear revealing clothing instead increase the risk of earthquakes.