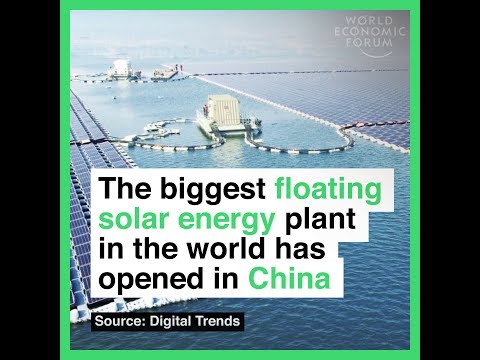 New clean schemes push the nation further forward as a leader in search for alternative technologies.

From June 17 to June 23, Qinghai used only wind, solar and hydropower stations, coordinated by the national State Grid Corporation.

The Chinese province broke the previous record held by Portugal, which ran for four days straight on renewable energy in May 2016.

Quan Shengming, the general manager of the provincial grid company, told the official Xinhua News Agency that electricity use was 1.1 billion kilowatt-hours, which is equivalent to 535,000 tons of coal.

While hydropower plants supplied 72.3 percent of the electricity to the province’s some 5.8 million people, the remainder was filled by wind and solar sources.

“Being the first trial of this kind in the country and a major step in the transformation of energy supply, it will be of great importance in promoting the use of clean energy in China in a sustainable and effective way,” Shenming said in a statement to the media.

By May, Qinghai had already installed a power grid with a capacity of 23.4 million kilowatts, 82.8 percent of which comes from natural sources.

According to its provincial 13th Five-Year Plan, Qinghai plans to expand its solar and wind capacity to 35 million kilowatts by 2020, in addition to supplying 110 billion kilowatt-hours of clean electricity every year to central and eastern parts of China.

Elsewhere in the country, China plans to invest US$366 billion in renewable energy technologies by 2020, creating more than 13 million jobs, and placing Beijing at the forefront of clean energy innovation, according to the Chinese National Energy Administration.

World Economic Forum: “The biggest floating solar energy plant in the world has opened in China”