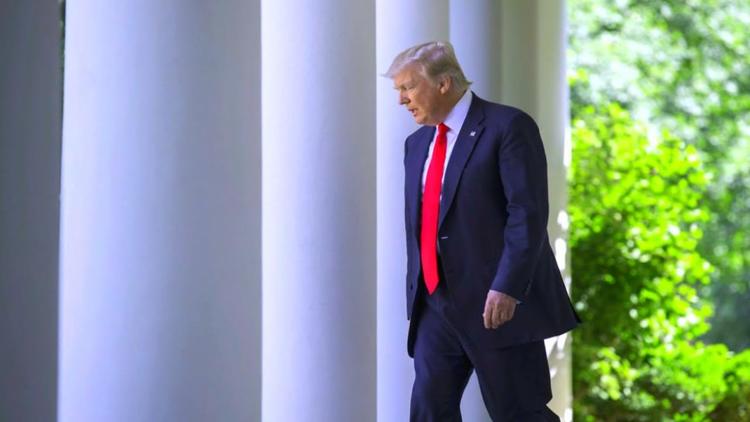 I was devastated to learn that so many people were killed or wounded on London Bridge Saturday night. The special relationship between my country and the United Kingdom is such that your pain is our pain. We stand with you in complete solidarity and all the resources of the FBI, the CIA and the NSA are at your disposal in tracking down the cell responsible for this heinous act of terror against innocent civilians and ensuring that it is unable to perpetrate any further such crimes.

We need to be smart, vigilant and tough. We need the courts to give us back our rights. We need the Travel Ban as an extra level of safety!

I stand amazed and heartened that London police, by dint of years of exacting training were able to respond to the attacks within 8 minutes. I salute their bravery. One among their number confronted three determined terrorists armed only with a baton, and risked his life for his country, indeed, for all civilized people everywhere.

Do you notice we are not having a gun debate right now? That's because they used knives and a truck!

On coming to understand that so much terrorism is domestic, and given the horrific murder of two men on a train in Portland just last week by a far rightwing extremist just as dangerous as any ISIL operative, I have rethought my ill-considered earlier attempt to implement a visa ban for persons from select countries, of certain ethnicities or religious heritages.

As you all know, I sort of opposed the Iraq War prosecuted by George W. Bush. I would like to take this opportunity to apologize for Washington having dragged London into the ill-considered piece of adventurism. There is no excuse for terrorism and no proper response to it but to close it down. But you have to wonder if Britain would be being attacked in this way if it had never helped us invade Iraq and turn that country upside down.

I applaud Mayor Sadiq Khan’s decision to put extra police on the streets of London and his attempts to reassure the public that this measure does not call for alarm but rather is a sign that the police are doing their jobs.

At least 7 dead and 48 wounded in terror attack and Mayor of London says there is "no reason to be alarmed!"

It is particularly important at this juncture, when nut jobs like Nigel Farage are actually using terms such as “internment” with regard for Britain’s three million Muslims that the face of London is a popular and upstanding British Muslim dedicated to providing security to its residents.

I was also touched to hear of the Muslim cabbies who gave free rides to passengers seeking to flee the scene of the attack.

Our message to the people of the United Kingdom in the wake of two cowardly assaults on unsuspecting civilians, including children, must be that we shall prevail. We shall live our lives normally, fearlessly, with full enjoyment, with prudence but no undue anxiety. When terrorists are reduced to using knives and a van as their instruments, it is a sign of their desperation and bankruptcy.

In this regard I applaud the brave performers at the benefit concert at Manchester, who proved that a message of joy and inclusiveness is the best antidote to hate and division.

We must stop being politically correct and get down to the business of security for our people. If we don't get smart it will only get worse

In addition, the next time I am in London I want to have a beer with this guy:

Brilliant & defiant interview from someone who was in a restaurant attacked last night here in London. The right response from a tough city. pic.twitter.com/iyZT8V63Vc

The terrorists wish to set us against one another, to send us down the road of hate and division, as a diversionary tactic whereby they can seize ever greater power and disrupt our ways of life.

We shall not allow them to succeed.

ABC: “Trump under scrutiny for tweets responding to the London terror attack”