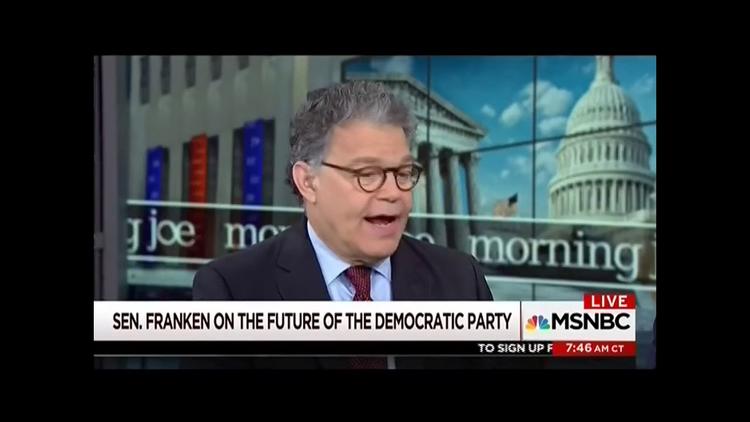 Yes, Trump’s gratuitous Twitter insult to newswoman Mika Brzezinski was horrible. But US cable news and even a lot of print news are falling down on the job by focusing on these clashes of personality that Trump provokes.

In contrast, corporate news is not doing a good job of covering Trump’s planned tax cuts for the rich at the expense of middle class Americans (Time Warner, Viacom, Comcast and the other media giants would benefit from the tax cuts). They won’t say a word about climate change, even though we only have two or three years to swing into very substantial action in order to prevent climate chaos. They do talk about health care, but their he said-she said model muddies the waters on how all our oxen are about to be gored by Mitch McConnell for the sake of his billionaire buddies.

So here’s what we ought to be talking about.

1. Trump and the GOP Congress are coming for Medicaid.

Anyone who tells you #Trumpcare isn’t cutting #Medicaid is full of it. pic.twitter.com/mBkoDDJN5R

Plus they are going to kick 22 million people who have coverage under the ACA off of health insurance by ensuring it is too expensive. They are going to raise your deductibles. Again, hundreds of billions will instead go to the super-rich (I mean mainly to the 600 billionaires in the US. Most of what the GOP does is for those 600 people, and a handful of them don’t even want it). And, again, millions of people will be sicker than they need to be and some will die.

Through summer of 2016, ISIL had killed 1200 people outside Syria and Iraq, i.e. in Europe and elsewhere in South Asia and the Middle East.

That is, Trumpcare is 20 times more dangerous in the West than the terror threat of ISIL.

2. Trump has literally taken away the right to clean water.. He is fine if it is full of mercury (a nerve poison released by burning coal) and lead (which causes permanent damage to IQ and attention span in children).

3. Not to mention that he is trying to roll back limitations on toxic carbon dioxide emissions, which because it is a greenhouse gas, are poisoning our planet. Climate change could reduce GDP by 3% a year and plunge the US into a permanent Great Recession. It will hit Texas and the southeast especially hard.

4. Trump would like to kill America’s scientific and technological advantages in the world by slashing funding for science and science research, reducing us to a fourth world country.

5. Trump has deeply endangered US national security by making us a laughingstock and reducing by orders of magnitude the likelihood that any other powers will partner with us in world affairs. The US needs allies and partners, but Trump has told them to jump in a lake, and anyway they can see how flaky he is. Imagine him calling up Emmanuel Macron in France and asking him to join in a military operation! Yet George H. W. Bush was able to call up the Socialist president of France, Francois Mitterand, and convince him to join in the Gulf War to rescue little Kuwait from the clutches of Iraqi dictator Saddam Hussein. When a president now cannot do things on the world stage a president could do only 27 years ago, that is a sign of deep and worrisome decline.