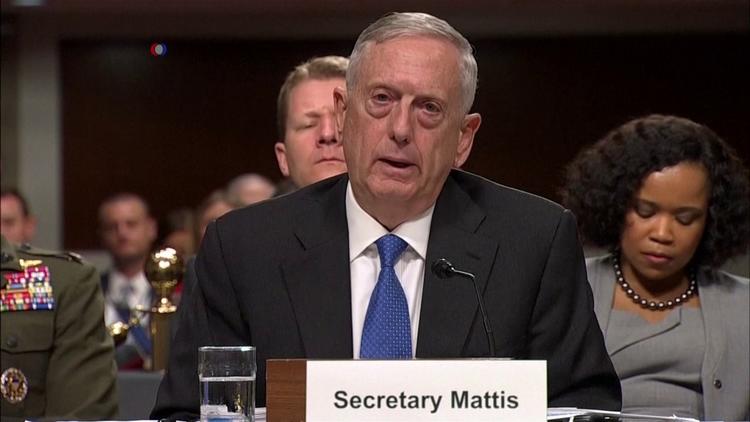 The Pentagon is planning to send almost 4,000 additional troops to Afghanistan, an official said anonymously Thursday. There are already around 8,400 U.S. ground troops stationed in the country.

The decision could be officially announced next week. On Wednesday, President Trump authorized Defense Secretary Jim Mattis to adjust the deployment level to Afghanistan.

According to the official, most of the soldiers will be assigned to train and advise Afghan forces, with some also devoted to ongoing military operations against the Islamic State Group, and the Taliban.

“Thanks to the vigilance and skill of the U.S. military and our many allies and partners, horrors on the scale of Sept. 11, 2001, have not been repeated on our shores,” said a White House statement authorizing the adjustment of deployment levels.

“However, the danger continues to evolve and that danger requires a commitment to defeat terrorist organizations … we will achieve victory against the terrorists abroad, protect our borders at home, and keep America safe,” the statement continued.

Describing the Taliban as “surging,” Mattis said “we are not winning in Afghanistan right now. And we will correct this as soon as possible,” speaking to the Senate Armed Services Committee.

The decision would be the largest military deployment of President Trump’s term so far.

U.S. forces invaded Afghanistan 16 years ago, on October 7, 2001, mere weeks after the attacks in New York and Washington on September 11.

The U.S. operation in Afghanistan, originally called “Infinite Justice,” but later changed to “Enduring Freedom,” for fear that the former name was offensive, reached a peak in 2010, with the U.S. forces reaching around 100,000 after the administration of former President Barack Obama ordered a 33,000 troop deployment.

U.S. deployment levels in Afghanistan have steadily declined since 2012, and in 2014 Obama made plans for a complete military withdrawal. Troops have been at their current level since Obama left office.

The ongoing U.S. operation in Afghanistan has taken a heavy toll. It is estimated that at least 31,000 civilians have been violently killed in the country during the operation, according to the Watson Institute at Brown University.

The Institute acknowledges however, that civilian deaths are very often not reported by the U.S. military, making it difficult to arrive at a precise figure of the ongoing war’s death toll. The estimate also does not include those who have been affected by the exacerbated poverty, malnutrition, and lack of health care access that has resulted from the operations.

VOA News: “Mattis: US ‘Not Winning’ in Afghanistan”