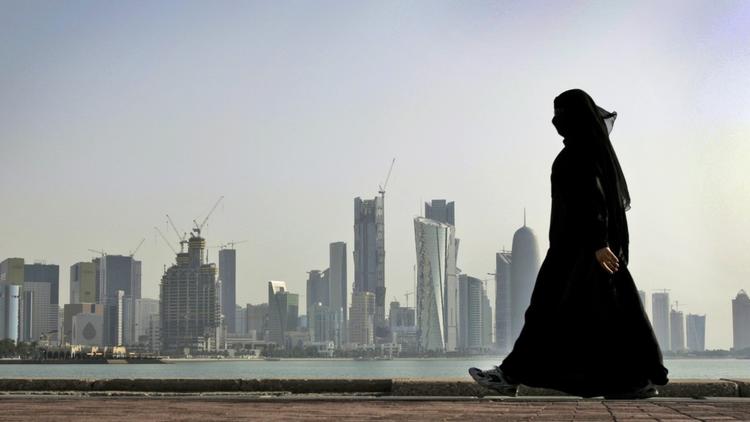 SINGAPORE (IPS) – Turkey’s parliament is this week fast tracking the dispatch of up to 3,000 troops to Qatar, home to the country’s military base in the Middle East. Certain to stiffen Qatar’s resolve to resist Saudi and UAE-led pressure to force it to change policies, the Turkish move comes amid hints that the kingdom and its allies may seek to undermine the rule of Qatari emir Sheikh Tamim bin Hamad Al Thani.

The stakes for both sides of the Gulf divide could not be higher. Saudi Arabia and the UAE cannot afford to fail in their effort to force Qatar’s hand after leading several Arab and non-Arab states in a rupture of diplomatic relations and declaring an economic boycott that also targets Qatar’s food supplies. By the same token, Qatar cannot afford a cave-in to Saudi and UAE demands that would humiliate the country and effectively turn it in to a Saudi vassal.

The dispatch of Turkish troops as well as Turkish and Iranian offers to help Qatar offset the impact of the boycott by ensuring that its food and water needs are met positions the Gulf crisis and Saudi Arabia’s proxy war with the Islamic republic as a political rather than a sectarian battle. Sunni Turkey and Shiite Iran countering of the Saudi-UAE campaign undermines the kingdom’s effort to project its rivalry with Iran as both a sectarian conflict and a power struggle.

The dispatch of troops and the emergence of a pro-Qatari alliance opposed to that of Saudi Arabia also eases pressure on non-Arab Muslim states to take sides. By raising the stakes, Turkey and Iran could potentially contribute to efforts to find a political solution to the crisis.

The move to quickly dispatch troops to Qatar came a day after Turkish President Recep Tayyip Erdogan condemned the Saudi-UAE effort to isolate sanctions and cripple it with sanctions. Mr. Erdogan warned that the moves would fail to solve problems and said he would do what he could to end the crisis.

Kuwait is already attempting to bridge the gap between the Gulf states and Qatar while the United States and Germany have called for a political solution. Iranian Foreign Minister Javad Zarif was scheduled to visit Ankara to discuss ways of resolving the Gulf crisis.

That may prove to be easier said than done. Saudi Arabia and the UAE are bent on avoiding a repeat of 2014 when Qatar failed to respond to the withdrawal of the Saudi, Emirati and Bahraini ambassadors from Doha by caving in to their demands that it halts its support for Islamists and militants. The three countries were forced to return their ambassadors after an absence of nine months with little to show for their action.

Leaders of Saudi Arabia and the UAE have moreover put their credibility on the line by not only breaking off diplomatic relations but also imposing a harsh boycott. The UAE, apparently concerned that the boycott, and particularly the targeting of food supplies, could spark domestic criticism, made expressions of sympathy with Qatar a criminal offense punishable with up to 15 years in prison and/or a fine of at least US$ 136,000. Up to 40 percent of Qatar’s approximately $1 billion in food exports a year were trucked to Qatar from Saudi Arabia until this week’s eruption of the crisis.

Also raising the stakes is the fact that a Qatar capable of resisting Saudi and UAE pressure would effectively contribute to a Muslim bloc in the Middle East that stands for everything Saudi Arabia and the UAE are seeking to defeat.

Inevitably, closer Qatari ties with Turkey as well as Iran, with which the Gulf state shares the world’s largest gas field, would become a fixture of Middle Eastern geopolitics. Iran is already helping Qatar not only with food but also by allowing Qatar Airways flights to Asia to cross Iranian airspace in their bid to circumvent Saudi, UAE and Bahrain airspace that has been closed to them.

Beyond demonstrating that Qatar is not alone in its fight, the dispatch of Turkish troops would also seek to dissuade Saudi Arabia and the UAE from intervening directly in the Gulf state.

By contrast, Saudi Arabia and the UAE went to great length to thwart their success., including helping engineer the military coup that in 2013 toppled Mohammed Morsi, a Muslim brother and Egypt’s first and only democratically elected president. Saudi and UAE troops also helped Bahrain brutally squash its 2011 popular uprising.

Turkey and Qatar moreover both support the Muslim Brotherhood, rebels fighting Syrian President Bashar al-Assad, and Islamist groups in divided Libya. The UAE and Saudi Arabia alongside Egypt back the internationally recognized Tobruk-based Libyan government that joined them in breaking off relations with Qatar.

Turkey set up a military base in Qatar with some 150 troops, its first in the Middle East, as part of an agreement signed in 2014. Turkish officials have since said Turkey’s presence would be increased to some 3,000 troops.

Turkey’s move to expedite the dispatch of additional troops to Qatar came as UAE state minister for foreign affairs Anwar Gargash said that one “cannot rule out further measures. We hope that cooler heads will prevail, that wiser heads will prevail and we will not get to that.”

Accusing Qatar of being “the main champion of extremism and terrorism in the region,” Mr. Gargash insisted that “this is not about regime change — this is about change of policy, change of approach.”

Egyptian, Emirati and Saudi newspapers, none of which are known to be truly independent, reported in recent days that domestic opposition to Qatari emir sheikh Tamim was mounting.

“We have long been silent about the irrational practices of the regime in Qatar,” Sheikh Saud bin Nasser Al-Thani, a little known member of the ruling family which is believed to account for up to 20 percent of Qatar’s citizens, told Egypt’s Youm7 newspaper.

The newspaper reported that opponents of Sheikh Tamim would form a London-based opposition paper headed by Sheikh Abdelaziz Bin Khalifa Al-Thani, an uncle of the emir and former oil and finance minister, who was accused of involvement in a failed effort in 2011 by Qatari military officers to overthrow Sheikh Tamim’s father and predecessor, Sheikh Hamad bin Khalifa Al Thani.

Abu Dhabi’s The National newspaper reported that the party would advocate a Qatari policy in line with Saudi and UAE demands, including curbing the activities of Sheikh Hamad’s wife, Sheikha Mozah Al-Misnad, who heads Qatar Foundation; freezing Qatar’s relations with Iran, ending Qatari support for Islamists in Libya and Egypt, and expelling Islamist leaders from the Gulf state.

“On behalf of the Qatari people, we offer the highest apology to the people of Saudi Arabia, the UAE, Kuwait, Bahrain, Egypt, Yemen and other countries that have been abused and harmed by the Qatari regime. We inform you that the Qatari people do not approve of the national policies that seek to shatter the Arab unity,” Sheikh Saud said in a statement carried by Egypt Today.

“Qataris are questioning whether this is going to end up in seeing a change in leadership itself in Qatar,” added Sultan Sooud Al Qassemi, a prominent liberal intellectual, art collector and businessman who is a member of the ruling family of the UAE emirate of Sharjah.

The Arab press reports notwithstanding, there is little by which to gauge possible support for opposition to Sheikh Tamim among the military or the public in Qatar, which like others in the region controls its media but has not imposed the kind of draconic penalties on freedom of expression introduced this week in the UAE.

Whatever the case, Qatar and Turkey hope that a substantial presence of Turkish troops rather than the fact that Qatar also hosts 10,000 US troops on the largest US military facility in the Middle East, would complicate, if not dampen, any plans to force Sheikh Tamim’s exit.

Said Mr. Al Qassemi: “The Qataris should not count on that base as being a guarantee or sort of American protection when it comes to conflict with Saudi Arabia. I think the Americans would choose to side with Saudi Arabia over any other country in the region.”

*Dr. James M. Dorsey is a senior fellow at the S. Rajaratnam School of International Studies & co-director of the University of Würzburg’s Institute for Fan Culture
gulf-crisis_

The statements and views expressed in this article are those of the author and do not necessarily represent those of IPS.