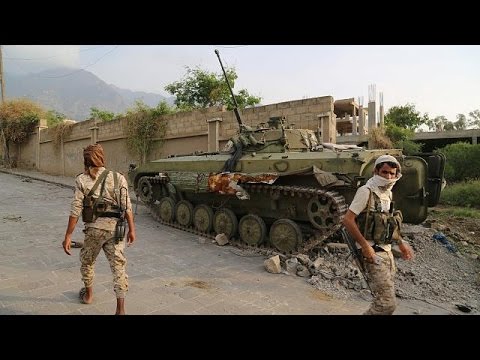 Yemen and its people are engulfed by utter devastation. In the two-plus years of the conflict between the Houthi movement and its allies, including ex-president Ali Abdullah Saleh, and an interim government supported by a Saudi-led military coalition, more than 10,000 people have died – and not just because of violence.

Two thirds of Yemen’s 26m people live with the reality of famine, with around 7m already suffering from acute malnutrition. Of this number, more than 3m face acute malnourishment. In these conditions, a child under five dies every 10 minutes. What’s more, the World Health Organisation is sounding the alarm over a new cholera outbreak in the country, which has killed hundreds of people and put some 150,000 at risk.

While it’s true that both sides of the conflict have inflicted innumerable harms on Yemeni civilians, the overwhelming force of the Saudi coalition, backed and supplied by the US and the UK, has received the bulk of the attention, at least in the Western media.

This is partly because of reports that the Saudis have used US- and UK-manufactured and internationally banned cluster bombs against civilians, which have drawn the ire of human and civil rights campaigners and concerned legislators on both sides of the Atlantic.

The problem is that focusing on Saudi excesses, as most Western coverage does, seriously simplifies the situation.

An even bleaker future

For starters, the ongoing famine is mostly the result of the Saudi coalition’s ongoing naval blockade, which targets not just weapons but also the food imports on which Yemen is almost entirely dependent.

The fixation on Western involvement also overlooks the actions of the Houthis, who have contributed to the crises underway today – not least via their protracted ground operations and siege of the city of Taiz. Meanwhile, Yemen’s economy has all but collapsed, and its financial institutions are seriously mismanaged. This means that even where food is available, people cannot afford to buy it.

The situation could deteriorate further yet. The Saudis and their allies have long been preparing an attack on the Houthi-controlled port city of Hodeida, so far a crucial supply route and lifeline for Yemenis, and have requested direct US military aid. In response to that request, a bipartisan group of members of Congress wrote to Donald Trump and his defence secretary, James Mattis, demanding that they end the US’s support for the Saudi campaign. The same members have threatened to take legislative action to insist on congressional oversight of the US’s role in the conflict.

Meanwhile, the UN’s Special Envoy in Yemen, Ismail Ould Cheikh Ahmed, is now trying to bring about an agreement between parties to the conflict which would prevent military clashes in Hodeida and ensure aid can still get in. But the conflict has become so intractable that his chances of success probably aren’t high.

At the same time, Trump’s multi-billion dollar arms deal with Saudi Arabia, his rollback of Obama-era civilian protections against drone strikes, and the botched raid against al-Qaeda in the village of al-Ghayil on January 29, coupled with the British Conservative government’s unchanged stance on the conflict, do not bode well for Yemenis.

Instead, the Yemeni people are being treated as little more disposable pawns on the chessboard of Gulf geopolitics. This attitude is replicated in the Gulf among the Saudis and their allies, as well as their enemies the Iranians – and for that matter, by Yemeni politicians too.

On returning from a visit to Yemen, Jan Egeland, the head of the Norwegian Refugee Council, stated in exasperation:

Men with guns and power inside Yemen as well as in regional and international capitals are undermining every effort to avert an entirely preventable famine, as well as the collapse of health and education services for millions of children.

His statement perfectly graps the root of Yemen’s misery. Politics, Machiavelli taught us, often overrides moral concerns; indeed, it has a logic of its own. Shared moral principles, including the principles that absolutely prohibit the wilful production of famine, often aren’t enough to shape the actions of powerful actors as they pursue their interests. This is especially true in a conflict that receives relatively little attention from the outside world.

What can change this? The answer, in part, is not spasmodic expressions of moral outrage, but politics. People need to put consistent pressure on their elected representatives in the UK and US to amend, stop or examine their governments’ behaviour and to pressure their regional allies into resolving the conflict. The complication, of course, is that Yemen’s tragedy is taking place in a country relatively inaccessible to the press and unfamiliar to Western audiences. What is more, global powers may have little to no influence on their regional allies, especially in the context of a rapidly changing global distribution of power.

Still, activists are persisting, and governments are not completely AWOL. They might yet be able to offer Yemenis some sort of lifeline, whether via effective investment in the emergency food program or through actively supporting Cheikh Ahmet’s attempts to prevent a catastrophe at Hodeida.

These may look like small victories, but for millions of Yemenis, they are a matter of life and death. They are testament to a simple truth: justified moral outrage is all very well, but without political action, it does not save lives.