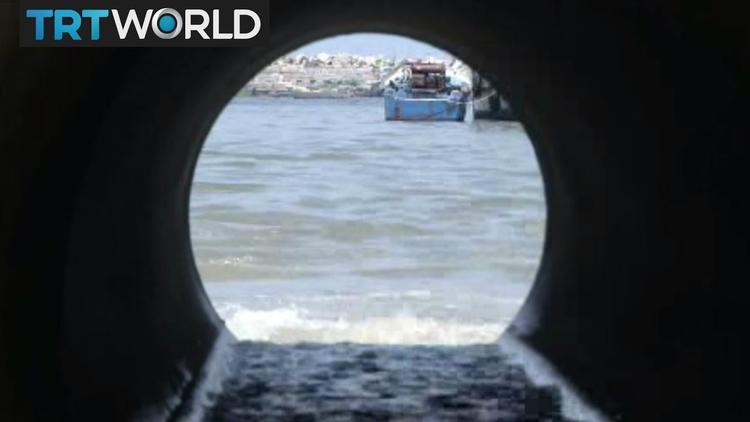 The bowing of Israeli occupation authorities to the request of the Palestinian Authority to further reduce energy supplies does not exonerate them.

Israel is the main supplier of electricity and fuel to the Gaza Strip, Palestine.

When the functioning of vital services such as hospitals and the pumping of clean water were seriously compromised by Israel’s reduction and limitations on the fuel supply for Gaza’s only power plant in 2007, a group of Palestinians unsuccessfully petitioned the Israeli court alleging that the reductions breached Israeli obligations under International Law. The subsequent judgment is known as the Bassiouni decision.

The Israeli state had contended that the reductions did not violate the “humanitarian minimum” – a legal standard that Israeli human rights group Gisha pointed out at the time does not in fact exist in international law. Nor does humanitarian law sanction the deliberate reduction of a population’s living standards to a ‘humanitarian minimum.’

Two subsequent petitions by Gisha on the same issue were similarly unsuccessful. The first, in May 2008, followed the reduction of the fuel supply to below the ‘humanitarian minimum’ the Israeli authorities had promised to uphold. The second petition was submitted in January 2009 after Israeli authorities had further reduced the supply to 30 percent of what it had deemed the ‘humanitarian minimum’ for several months, then launched a massive military offensive exacerbating the already-dire power and water shortages the reduction had caused.

Since 2009 the situation has fluctuated, at its best with periods of 16 hours power per 24 hours when the tunnels between Gaza and Egypt were operating; since their destruction in 2014, four to six hours supply every 24 has been the norm. In April 2017 the fuel to run Gaza’s only power plant ran out. The Palestinian Authority refused to pay for more fuel, and ordered Israel to reduce supply, resulting in a major crisis in May and June: two hours power every 24, and some days with none at all.

Israeli authorities contend they are merely acting as a commercial entity, and not providing fuel which has not been paid for. This stance has no justification in law.

“…Israel continues to be an occupying power in Gaza despite the 2005 disengagement,” concluded The Office of the Prosecutor of the International Criminal Court, ICC, in a November 2014 decision.

This fatally undermines the Israeli contention that it is not bound by the laws of belligerent occupation under international law as it “no longer has effective control over what happens in Gaza” – the foundation on which the Bassiouni decision rested.

Several international court decisions regarding situations in the Congo, Palestine and the former Yugoslavia have further confirmed that the occupying power is obliged to comply with its human rights obligations in occupied territories, and in respect of people placed under its effective control as a result of occupation.
General Comment No. 14 of the United Nations Economic and Social Council directly contradicts Israeli authorities view that they are only obliged to “allow the Gaza Strip to receive only what is needed in order to provide the essential needs of the civilian population.” It actually requires Israel to ensure “…the services and conditions necessary for the realization of the highest attainable standard of physical and mental health.”

These core obligations are non-derogable. They cannot be abrogated for any reason, including national security.

The current humanitarian situation in the Gaza Strip reached crisis point in May 2017 – a crisis widely and repeatedly reported by the United Nations and numerous non-governmental organizations and media. The U.N. reported that due to the electricity crisis:

– The situation would be immediately life-threatening for 113 newborns in neonatal intensive care units, 100 patients in intensive care and 658 patients requiring hemodialysis 2-3 times weekly, including 23 children.

– Refrigeration for blood and vaccine storage would be at risk.

– NGO hospitals would limit their services or charge higher fees for services.

– Environmental pollution and public health risks would increase, threatening locations and people located in close proximity to the sea and to wastewater pumping stations.

The Bassiouni judgment revealed that Israel is well aware of its obligations under international law, ie not to prevent the supply of basic humanitarian needs, and to ensure the welfare and dignity of the civilian population of the Gaza Strip.

Access to health care is articulated in several important instruments of international human rights law, such as Article 25 of the Universal Declaration of Human Rights, but is most clearly articulated in the Fourth Geneva Convention which requires that the medical needs of the civilian population are met by the occupying power, and that they continue to be so.

Thus Israel is obliged to ensure Gazan residents’ right to health at the very least, pursuant to Article 12 of the ICESCR, as well as to create “…conditions that would assure to all medical service and medical attention in the event of sickness.”

U.N. reports are clear that hospitals and water and sanitation facilities face imminent collapse, and the current electricity crisis will have a cumulative effect on the overall humanitarian situation.

After being completely shut down between April and June, the Gaza Power Plant was operating at 50 percent capacity in July, but this has “not resulted in an overall gain in the provision of electricity,” according to a recent OCHA report. The electricity supply to the civilian population is currently at best four hours a day.

The current situation is critical, and any further deterioration will be life-threatening on a major scale.

General Comment No. 6 of the Human Rights Committee of the United Nations states that the right to life in the ICCPR contains the obligation for States to take positive measures, which include measures to ensure health care, especially in life-threatening-circumstances. The reduction in Israeli fuel supplied since May 2017 cannot be considered a positive measure. It also fails the test of a ‘negative obligation’ ie for Israel to refrain from taking action that would directly contravene a right.

In addition, Articles 559-62 and 108-111 of The Fourth Geneva Convention and 69-71 of its Additional Protocol I emphasise that although humanitarian or other organizations may be delivering some relief, such as the provision of fuel to Gaza by Egypt in recent weeks, this in no way relieves the occupying power of any of its own responsibilities to ensure that the population is properly supplied.

This obligation sits squarely at the door of the Israeli occupation.

Nor can the Israeli occupation hide behind the Palestinian Authority. The collective punishment of the residents of Gaza suffered as a result of the ongoing electricity and fuel cuts is a violation of human rights and international humanitarian law, regardless of who commits it or at whose behest.

The bowing of Israeli occupation authorities to the request of the Palestinian Authority to further reduce energy supplies does not exonerate them: the International Court of Justice lays full responsibility at the door of the occupier, having established the principle in 2005 that the occupying power is responsible “for any lack of vigilance in preventing violations of human rights and international humanitarian law by other actors present in the occupied territory.”

The 2014 ICC designation of Israel as an occupying state of Gaza invokes an additional set of obligations under international law that were not considered relevant in the 2007 Bassiouni judgment. The significantly deteriorated situation on the ground demands a judicial review at least, but more importantly, immediate action by Israel to comply with the provisions of international law – and that the international community enforce it.