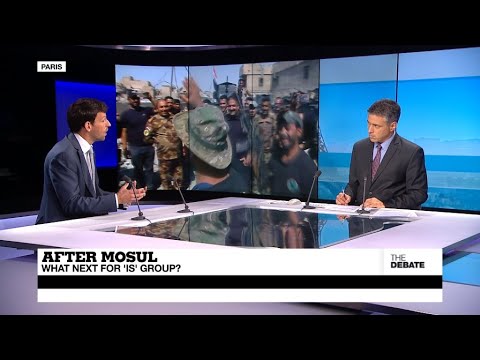 As the date for a Baghdad summit on unity nears, the cracks are showing. It seems the country’s Sunni politicians can’t even get together to discuss their possible unity, in post-Islamic State Iraq.

In mid-July, there is to be a conference in Baghdad for Sunni Muslim political leaders, from all parties and groups, with the aim of creating a united leadership for Sunni Muslims in Iraq, now that the extremist Islamic State group has been partially driven out of the country. This is important because the extremist group based their ideology on a version of Sunni Islam and most of the areas they controlled were populated by the country’s Sunni Muslims.

However, almost immediately it has become clear how difficult it is to get the country’s Sunni politicians to agree on anything. To date, there have been three different conferences announced, all to discuss the same topic.

It is quite possible that the current crisis between the various Gulf Arab nations is also having an impact.

“This conference will be different because it is supported locally, regionally and by international interests,” Sunni MP Khalid al-Mufraji told NIQASH. “The conference organisers are serious about uniting the Sunni community and rival Sunni forces, as well as reconstructing destroyed Sunni cities.”

Supposedly also attending the Baghdad conference were several more controversial figures from the Sunni Muslim political world. One of these would be former minister of finance, Rafi al-Issawi, a prominent Sunni leader from Anbar. Major protests broke out in 2012 when former prime minister, Nouri al-Maliki, issued a warrant for al-Issawi’s arrest; these could be seen as the beginning of the opportunities that allowed the Islamic State, or IS, group to flourish in Iraq. Another invitee is Sunni businessperson, Khamis al-Khanjar; the latter used to act mainly behind the scenes but is now playing a more public role in Iraqi politics. Al-Khanjar is well known for his support of the idea of a semi-autonomous region for the country’s Sunnis.

But because the latter two figures are controversial in Iraq, and because there are still arrest warrants issued for al-Issawi, another conference also had to be planned. This one would take place in Erbil, in the semi-autonomous region of Iraqi Kurdistan, where those more at-risk individuals could enter without getting in trouble – the Iraqi government issued statement saying it would not interfere with cases already in the court system, such as, for example, al-Issawi’s. In other words, despite supporting the idea of Sunni unity, the Iraqi government could not guarantee the safety of those controversial individuals.

Already the idea of another conference elsewhere seemed to put the idea of Sunni unity at risk, before anyone had even booked a hotel meeting room.

The main parties representing Iraq’s Sunni Muslims are as follows: The Iraqi Islamic Party, led by al-Jibouri, the United for Iraq party led by senior Sunni politician Osama al-Nujaifi, the Iraqi Front for National Dialogue, the National Movement for Development and Reform which is more commonly known as the Solution movement, and the National Accord which is headed by Ayad Allawi.

To make things more confusing, a third meeting for Sunni unity has also been announced. A separate group of Sunni MPs have announced they will attend neither the Baghdad conference nor the Erbil one and they have decided to organize a totally separate summit, for next Thursday, two days before the conference organized by al-Jibouri.

The third conference appears to have a lot to do with Mahmud al-Mashhadani, a former speaker of the Iraqi parliament and yet another senior and influential Sunni Muslim politician. Al-Mashhadani is well known for his behind-the-scenes negotiations and in a statement, he announced that this third conference would be attended by both former and current MPs, as well as tribal leaders from the provinces where the IS group once held sway.

Also well-known is the fact that al-Mashhadani is closer to Shiite Muslim groups in Iraq. For example, the son of one of the other politicians who is very supportive of this third conference, Mishaan al-Jibouri, leads the formerly-volunteer militias in Salahaddin province. His Sunni militias work closely with the Shiite Muslim militias in the area.

Meanwhile the National Accord party, which is led by former Iraqi prime minister, Ayad Allawi, and has a majority of Sunni Muslim members, has said it won’t be attending any of the three events on offer.

It is quite possible that the current crisis between the various Gulf Arab nations is also having an impact. The Sunni Muslim political parties are often supported by one or other of the Gulf states, whose populations are Sunni Muslim majority. The current problems between those states and Qatar may well be causing a rift in Iraq’s Sunni parties too.

Meanwhile the other Sunni Muslim group, led by senior Sunni politician, Osama al-Nujaifi, working together with the likes of businessman Khamis al-Khanjar, is closer to Saudi Arabia and the other emirates arrayed against Qatar. Shiite Muslim parties have said they are opposed to that group of Sunni politicians, including the controversial individuals like al-Issawi and al-Khanjar – this is why the second conference is being held in Iraqi Kurdistan.

All told though, the reasons behind the divisions in Iraqi Sunni politics start to look meaningless compared to the massive destruction that locals in places like Mosul and Salahaddin have seen. Millions are displaced and billions worth of damage has been done. The country’s Sunni Muslims need their politicians united, if they are to help their constituents. Given the inability of the politicians to even organise one meeting to talk about potential unity, the outlook is grim.

France24: “THE DEBATE – After Mosul: Winning the peace in Iraq”