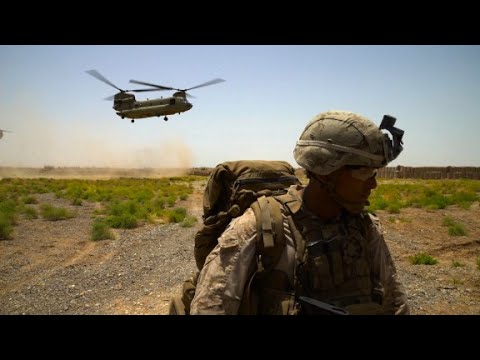 Candidate Trump in his dynamic public rallies repeatedly criticized the former U.S. president for not winning anymore. Trump also mentioned, “If I’m president, we’ll win so much, you’ll get bored with winning.” Well it has now been a little over six months since the presidential inauguration. One main question that has been posited to President Trump is – how do we win in Afghanistan?

Phone talks between President Trump and his Afghan counterpart Ashraf Ghani have already taken place. The assessment of the Afghanistan War has been studied by Defense Secretary James Mattis and other officials. Is the New Afghanistan Strategy going to intensify the fight against the Taliban or will it continue with Obama’s quasi-containment policy with more contribution from NATO? The options of a steep reduction of U.S. and NATO personnel or a sudden increase in sending private mercenaries to take over the War in Afghanistan are unrealistic scenarios.

For any type of New Afghanistan Strategy to be winnable, Washington D.C. and Kabul must be on the same wavelength. This means, without attention the actual problems facing today’s Afghanistan, no matter what type of strategy is orchestrated by experts is bound to fail. With this reality in mind, let’s take a closer look at three key challenges facing President Ghani and Chief Executive Officer Dr. Abdullah Abdullah’s National Unity Government (NUG) in Afghanistan.

Since NUG’s controversial formation in 2014, it has continuously fallen short in serving people, namely in protecting life and property. The lack of reliable security has provoked a recent wave of domestic relocation and emigration to other countries. Absence of security has either stopped or severely limited the development projects in numerous cities and towns under the control of the Taliban or other militants. For example, the ongoing battles and road closures in the provinces of Baghlan and Qundoz pose threats to the overall security and socioeconomic conditions of northern and northeastern Afghanistan.

2.) Political Challengers
The National Unity Government’s failure to provide security and the deteriorating socioeconomic conditions has caused two political alliances to appear over the course of last month. The first anti-NUG alliance, Coalition for the Rescue of Afghanistan (CRA) was formed on June 30, 2017 in Turkey between the country’s First VP and Head of Junbish Melli – General Rashid Dostum, the Governor of Balkh and Chief Executive of Jamiat Islami – Atta Noor, and Member of Parliament (MP) and Deputy Chief Executive of Hizb-e Wahdat – Mohammad Mohaqiq.

On July 17, 2017 a second anti-NUG alliance, Axis of Afghanistan People (AAP), was formed in Kabul. AAP is co-directed Dr. Spanta, the former National Security Advisor, and Rahmat Nabil, the former Intelligence Chief. Both the CRA and AAP have a sizeable degree of support among the people.

The CRA and AAP have openly expressed their frustrations with NUG’s foreign policy and lack of domestic political will to confront and resolve the underdevelopment and economic problems facing the country. President Ghani has frequently been accused by his opponents for making unilateral political actions, micro managing the government subcontracts, and for hiring a team of expert advisors who are at times undermining the authority of the ministers. Tolo Television two days ago referred to President Ghani’s cadre of advisors as Afghanistan’s “real cabinet.”

On July 21, 2017, the NUG’s Second VP, Sarwar Danish, publicly questioned the legality of CRA’s alliance since its founders are current government officials. Danish also rejected the notion of an interim government or the possibility of organizing an early election. NUG supporters have also reminded the CRA of their own previous criminality and destruction back in the 1990s. It remains to be seen if Dostum, Noor, and Mohaqiq will continue their anti-NUG rhetoric without resigning.

The enmity between the Coalition for the Rescue of Afghanistan versus the National Unity Government appears to be headed for the courts. This legal case (the Old Guard vs. the new technocrats) is something that Trump’s nominee, John Bass, as the new Ambassador to Afghanistan will be watching carefully since it could potentially jeopardize the success of New Afghanistan Strategy. If the new road map is botched, if will have detrimental impact on Trump’s approval rating and President Ghani’s reelection.

Aside from security and jobs, President Ghani also made promises while campaigning to bring the corrupt economic networks that had mushroomed under his predecessor to justice. So far not much palpable results are visible under his tenure.

The insular economic networks enjoy close ties with elite politicians who carry influence in the country’s National Procurement Authority (NPA). NPA was created within the Administrative Office of President Ghani in late 2014. NPA is in charge of prioritizing and assigning contracts that are vital to economic development so the country could move in the direction of economic autonomy. According to the opposition, contracts are mostly given to firms that have good ties with NUG or contracts are issued to “ghost” subcontract companies where the allocated funds were/are pocketed by the insular networks. If news of corruption leaks, then the same patronage network assembles a team, based on personal trust and not on professional merit, to investigate the corruption charges. Transparency within the NPA decision-making circle and annual budget remains a mystery for most outsiders.

In conclusion, winning in Afghanistan is partly depended on military triumphs, in part depended on the cooperation of neighboring countries, and in part depended on the unwavering determination of NUG. What is missing from NUG is an Edgar J. Hoover like urgency to fight organized corruption. Otherwise, the gap between the state and a frustrated society will continue to increase, which could generate anti-Western attitudes among the left behind masses that could derail President Trump’s New Afghanistan Strategy.