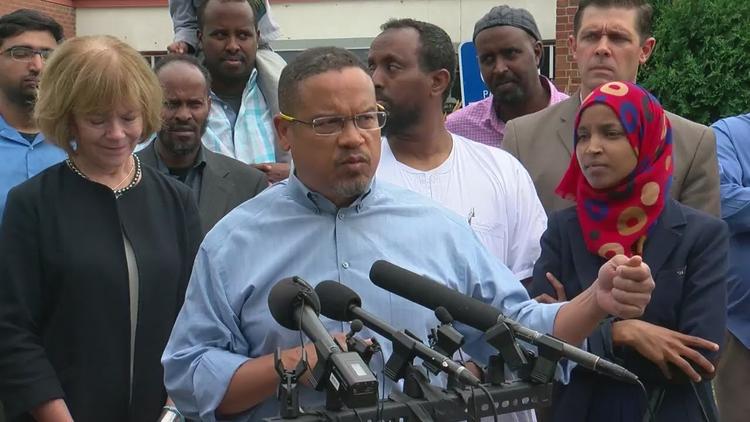 This Saturday, a Bloomington, Minnesota mosque was attacked with an improvised explosive device, which destroyed an office with fire and blew out windows but luckily no one was injured. Some members of the congregation were shaken up pretty badly.

“What a terrible, dastardly, cowardly terrible act this was that was committed yesterday.. . As someone said in the meeting, if the roles were reversed, it would be called a terrorist attack. And that’s what it is, an act of terrorism.”

I admire the hell out of Mark Dayton, who voted against the Iraq War when he was in Congress. He did the right thing in visiting the damaged house of worship. So in analyzing his words I am not criticizing him at all.

But note that he quoted ‘someone at the meeting’, possibly a member of the congregation, as saying that ‘if roles were reversed’ . . . . ‘it would be terrorism.’ That is, if a Muslim had, God forbid, bombed a Christian church, then it would immediately be labelled terrorism in our society.

In other words, it is usually only terrorism in today’s America if the perpetrators are brown and/or Muslim.

To his credit, Gov. Dayton cut through this bigotted b.s. and said, that is what this attack was, it was terrorism.

And that became a headline this morning. The corporate media hadn’t really reported on this story much. There were few national organs that wrote a headline about the actual mosque bombing. But the headline on Monday at USA Today, WaPo and other news outlets was, “Governor calls bombing of mosque ‘terrorism.'” It is as though they were amazed he would say such a thing.

As usual, the Tweeter-in-chief stayed silent about this issue, even though he tweets on every act of “terrorism” that is brought to his attention. The message seems to be that it is all right for Muslims to be attacked for no good reason.

Back in the 1990s the US Federal Code defined terorism as a non-state actor committing violence against civilians in order to achieve a political purpose. By that definition, the mosque bombing was definitely terrorism.

After 9/11, terrorism became politicized. One state prosecutor tried to charge a set of bank robbers with terrorism along side criminal charges. The judge rightly threw it out. Robbing a bank scares the teller and the customers, but it isn’t terrorism because it does not have an obvious political motive.

Then ‘terrorism’ became racialized, so that white people typically aren’t charged with terrorism. A white supremacist terrorist cell in Kansas busted for planning a massive mosque bombing was rolled up last year by law enforcement. The discourse around them was not that of terrorism.

Dayton reversed this trend. He insisted that mosque-goers are human beings. Kudos!

But it is sad that his statement itself is so newsworthy.