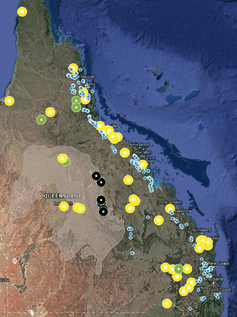 Solar has become the world’s favourite new type of electricity generation, according to global data showing that more solar photovoltaic (PV) capacity is being installed than any other generation technology.

Together, PV and wind represent 5.5% of current energy generation (as at the end of 2016), but crucially they constituted almost half of all net new generation capacity installed worldwide during last year.

It is probable that construction of new coal power stations will decline, possibly quite rapidly, because PV and wind are now cost-competitive almost everywhere.

Hydro is still important in developing countries that still have rivers to dam. Meanwhile, other low-emission technologies such as nuclear, bio-energy, solar thermal and geothermal have small market shares.

PV and wind now have such large advantages in terms of cost, production scale and supply chains that it is difficult to see any other low-emissions technology challenging them within the next decade or so.

That is certainly the case in Australia, where PV and wind comprise virtually all new generation capacity, and where solar PV capacity is set to reach 12GW by 2020. Wind and solar PV are being installed at a combined rate of about 3GW per year, driven largely by the federal government’s Renewable Energy Target (RET).

This is double to triple the rate of recent years, and a welcome return to growth after several years of subdued activity due to political uncertainty over the RET.

If this rate is maintained, then by 2030 more than half of Australian electricity will come from renewable energy and Australia will have met its pledge under the Paris climate agreement purely through emissions savings within the electricity industry.

To take the idea further, if Australia were to double the current combined PV and wind installation rate to 6GW per year, it would reach 100% renewable electricity in about 2033. Modelling by my research group suggests that this would not be difficult, given that these technologies are now cheaper than electricity from new-build coal and gas.

The prescription for an affordable, stable and achievable 100% renewable electricity grid is relatively straightforward:

Australia currently has three PHES systems – Tumut 3, Kangaroo Valley, and Wivenhoe – all of which are on rivers. But there is a vast number of potential off-river sites.

In a project funded by the Australian Renewable Energy Agency, we have identified about 5,000 sites in South Australia, Queensland, Tasmania, the Canberra district, and the Alice Springs district that are potentially suitable for pumped hydro storage.

Each of these sites has between 7 and 1,000 times the storage potential of the Tesla battery currently being installed to support the South Australian grid. What’s more, pumped hydro has a lifetime of 50 years, compared with 8-15 years for batteries.

Importantly, most of the prospective PHES sites are located near where people live and where new PV and wind farms are being constructed.

Once the search for sites in New South Wales, Victoria and Western Australia is complete, we expect to uncover 70-100 times more PHES energy storage potential than required to support a 100% renewable electricity grid in Australia.

Fossil fuel generators currently provide another service to the grid, besides just generating electricity. They help to balance supply and demand, on timescales down to seconds, through the “inertial energy” stored in their heavy spinning generators.

But in the future this service can be performed by similar generators used in pumped hydro systems. And supply and demand can also be matched with the help of fast-response batteries, demand management, and “synthetic inertia” from PV and wind farms.

Wind and PV are delivering ever tougher competition for gas throughout the energy market. The price of large-scale wind and PV in 2016 was A$65-78 per megawatt hour. This is below the current wholesale price of electricity in the National Electricity Market.

Abundant anecdotal evidence suggests that wind and PV energy price has fallen to A$60-70 per MWh this year as the industry takes off. Prices are likely to dip below A$50 per MWh within a few years, to match current international benchmark prices. Thus, the net cost of moving to a 100% renewable electricity system over the next 15 years is zero compared with continuing to build and maintain facilities for the current fossil-fuelled system.

Importantly, the more that low-cost PV and wind is deployed in the current high-cost electricity environment, the more they will reduce prices.

Then there is the issue of other types of energy use besides electricity – such as transport, heating, and industry. The cheapest way to make these energy sources green is to electrify virtually everything, and then plug them into an electricity grid powered by renewables.

A 55% reduction in Australian greenhouse gas emissions can be achieved by conversion of the electricity grid to renewables, together with mass adoption of electric vehicles for land transport and electric heat pumps for heating and cooling. Beyond this, we can develop renewable electric-driven pathways to manufacture hydrocarbon-based fuels and chemicals, primarily through electrolysis of water to obtain hydrogen and carbon capture from the atmosphere, to achieve an 83% reduction in emissions (with the residual 17% of emissions coming mainly from agriculture and land clearing).

Doing all of this would mean tripling the amount of electricity we produce, according to my research group’s preliminary estimate.

But there is no shortage of solar and wind energy to achieve this, and prices are rapidly falling. We can build a clean energy future at modest cost if we want to.