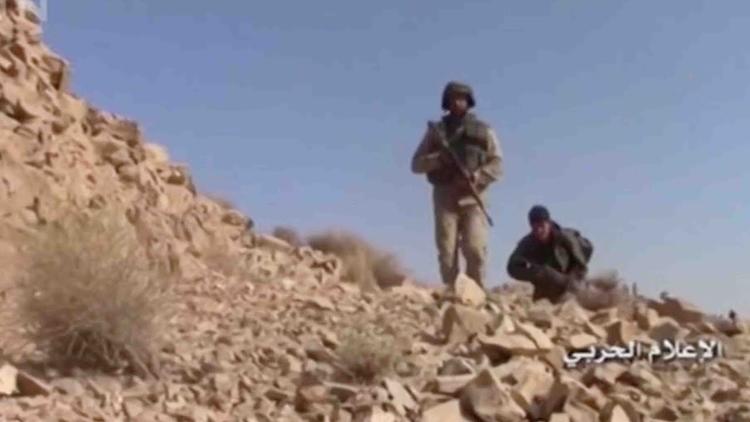 Following the joint offensive, the Islamic State group only controls 40 square kilometers on the Syrian side, and 20 on the Lebanese side.

A joint offensive between Shia resistance movement Hezbollah and the Syrian army has liberated the majority of a significant enclave controlled by the so-called Islamic State group, the Hezbollah leader Sayyed Hassan Nasrallah announced in a televised speech on Thursday.

According to Nasrallah, since the offensive began last week to clear out the area around the border of Syria and Lebanon from “armed terrorists,” around 100 square kilometers previously controlled by the Islamic State group on the Lebanese side has been freed, and the terrorist group now only controls 20 square kilometers.

On the Syrian side of the border, the Islamic State group currently controls around 40 square kilometers following the offensive.

Praising the resolve of the soldiers in both armies, Nasrallah said that the remaining fight would not be easy because of the high presence of civilians, and the Islamic State group’s use of them as “human shields.”

“The narrower the battle area, the bigger the cost, because of the presence of civilians… and because the Islamic State group uses those civilians as human shields, like it did in Iraq,” Nasrallah said.

Nasrallah also went on to explain that talks for a truce with the Islamic State had occured, however a military victory was appearing more likely. Hezbollah will not commit to any negotiations with the terrorist group until the terrorist group “reveals the fate of the kidnapped Lebanese soldiers.”

Hezbollah has been one of the most effective forces fighting Islamic State forces along the Syrian border, in collaboration with the Syrian government led by President Bashar al-Assad. Earlier this month, a Hezbollah offensive drove out numerous al-Nusra Front militants from a border region of Lebanon.

The United States backed Lebanese army is not participating in the offensive with the Syrian army or with Hezbollah, which the U.S. considers a terrorist organization.

Hezbollah leadership has pressured the U.S.-backed Lebanese state to resume relations with the Syrian government, ending its policy of “neutrality” toward the Syrian war.

The Islamic State group is currently on the defensive, rapidly losing ground to Syrian government forces and its allies. Its last major stronghold is in the Deir al-Zor province, the capital of which has been under a three-year long ongoing siege by the militants.

CGTN: “Hezbollah: Much of ISIL enclave seized on Syrian side of border with Lebanon”