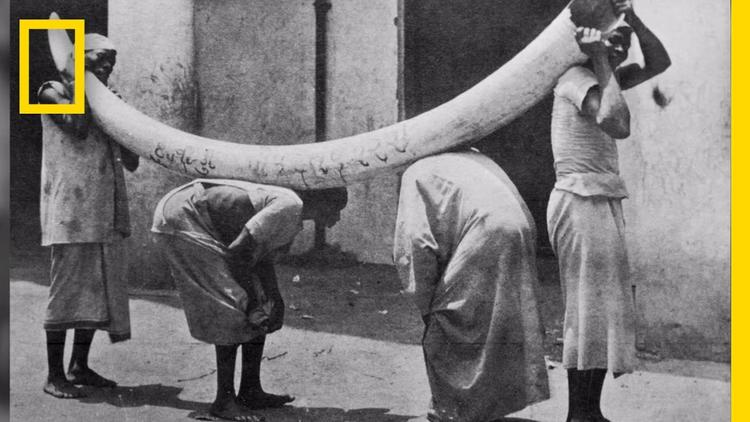 Behind the racist slogans are historical tropes that the broader White America clings to, not just those who showed up for the “Unite the Right” protests.

White supremacist racism is shaking Charlottesville and the country. It is difficult to make sense out of such nonsense. Protesters chanted “take America back,” “you will not replace us,” and “blood and soil,” a well-known Nazi rallying cry. But they came to fight, not speak, fueled by anger and projecting their own deep anxieties onto the feared “other.”

This type of hatred is not new in America. Behind the racist slogans are historical tropes that the broader White America clings to, not just those who showed up for the “Unite the Right” protests.

Here are some. Sure slavery was awful, but that was a long time ago. We all just need to get over it. The Irish overcame indentured servitude, Other immigrant groups faced discrimination, and have successfully integrated economically and politically into America, so why can’t African Americans. This is underscored with an ingrained invocation of the American Dream and the repeated mantra that if anyone just works hard enough, they will succeed.

This is an opportunity to ask deeper questions about the nature of racism.

These are the historical rationalizations of anti-Blackness.

It is easy to turn these sentiments into slogans and placards that advance a White supremacist agenda. But more damaging is articulating them in a manner fit for polite conversation, and in forms appropriate for publication in high school history texts.

Decent White people are embarrassed by the violence in Charlottesville, and many appropriately condemn their actions. But let’s not be too quick to dismiss it as just episodic or aberrational.

This is an opportunity to ask deeper questions about the nature of racism, and the ongoing legacy of White supremacy as it defines the structure and institutions of America today.

What happened in Charlottesville shows how much American racism is grounded in American history. The genesis of the planned “United the Right” protest was the decision to remove a statute of Confederate general Robert E. Lee in what is now called Emancipation Park. It was renamed from Lee Park in June. But racial history goes deeper than the Civil War. Charlottesville is only a stone’s throw from Thomas Jefferson’s slave plantation at Monticello. It is only 140 miles northwest of Jamestown, the location of one of the earliest British colonies.

African descendants have always been a part of U.S. history.

Most initial European residents of 1600s Jamestown were Scottish and English indentured servants, committing their labor for a period of years in exchange for the costs of their voluntary passage. African descendants have always been a part of U.S. history. The arrival for Africans in Jamestown is most often dated at 1619, with the visit of a distressed Dutch slave ship.

But what is the meaning of “slavery” or notions of “Black” and “White” in a world before these labels are given legal and social construction?

After 1619, these were fluid categories. Africans joined Europeans as indentured servants also, serving for a period of time before becoming “free.” In this common status, there were numerous examples of mutual aid between common indebted laborers from different continents. It was not until 1641, in Massachusetts, that a notion of slavery was given legal status. It would take decades more for similar legal categories to be formalized in Virginia.

As the status of European male decedents evolved into new legal, economic, and social entitlements, the status of African descendants devolved into increasingly complicated institutions of chattel slavery, followed by centuries of social and economic degradation.

In terms of economic opportunity, the paths of these former common indentured servants would never cross again.

The overt racist attitudes of the South became a successful export to the North.

Slavery legally ended in 1865 with the surrender of Lee at Appomattox, Virginia, some 65 miles southwest of Charlottesville. But as historian Eric Foner famously noted, newly freed slaves were given “nothing but freedom”—no land, no access to institutionalized systems of education, and no political rights after the demise of Reconstruction and the elimination of the Freedman’s Bureau. The end of the Civil War also saw the genesis of the Ku Klux Klan, a violent arm of domestic terrorism designed to politically and economically disenfranchise African Americans, an organization celebrated at the “Unite the Right rally” in Charlottesville.

The overt racist attitudes of the South became a successful export to the North. Fueled by the genocidal campaigns against Native Americans with the wars of western expansion, waves of immigrants from the “wrong” types of eastern and southern European nations, who could not claim the status of White, and the rise of America as an imperial power in the Philippines and elsewhere after the Spanish American War, most “White” Americans were unapologetically White supremacists by 1915.

Institutions of slavery transformed themselves into institutions of Jim Crow segregation. And nowhere is the story of inequality more dramatically illustrated than in the history of housing discrimination and its impact of African American wealth and opportunity. Housing discrimination was grounded in discriminatory federal policies expressly denying African Americans loans to buy houses and local policies and attitudes that confined them.

This has had profound and lasting implications. The primary way wealth has been accumulated and transferred between generations in the last century has been through housing.

The historical paths of the U.S. Black experience and the White experience cannot be reasonably equated.

Access to quality housing and federally subsidized loans created the White middle class. The exclusion of African Americans from housing also marked their exclusion from the ability to accumulate wealth and live in neighborhoods with good schools, jobs, and social opportunity. Like interest, these differences compound over time. They do not diminish. As a result, the average White family today has 13 times greater average wealth than the average Black family.

The past did not go anywhere.

In contrast, the English and Scottish indentured servants in Jamestown eventually became freemen, property owners, and enfranchised citizens. While Irish immigrants faced substantial discrimination and were not initially considered White, this changed over time. Notions of Whiteness were reconstructed to include not only the Irish but southern and eastern Europeans, with all of the entitlements that status afforded.

The historical paths of the U.S. Black experience and the White experience cannot be reasonably equated. Yet, some of these contested and disembodied notions of Whiteness and its alleged supremacy stand at the center of the violence unfolding in Charlottesville.

There is a lack of political coherence, beyond fear and hatred. The riots represented an alliance between pro-Confederates and pro-Nazis, both representing anti-Blackness, anti-Semitism, anti-immigrants, basically anti-others. Clearly these forces have gathered momentum by the political space created by the Trump campaign and Trump presidency.

In Racing to Justice, john a. powell, Director of the Haas Institute for a Fair and Inclusive Society at U.C. Berkeley, describes the origins of the American psyche as that of an isolated White self, born of the twin parentage of the European Enlightenment and institutions of chattel slavery. The anxiety and self-loathing of these isolated White selves was on display in the streets of Charlottesville, projecting their hatred at their construction of the “other.”

These are dangerous trends that must be countered. The United States has witnessed significant movements for civil rights, but has never witnessed a sustained campaign of anti-racism.

More honest dialogue about the less recognized effects of White supremacy in American institutions and mythology as part of an explicitly anti-racist agenda would help draw the air out of the movements behind the violence in Charlottesville. It would put us on the path to meaningful social change and racial equity.

Peter J. Hammer is a professor at Wayne State University Law School and the director of the Damon J. Keith Center for Civil Rights in Detroit. The Keith Center is dedicated to promoting the educational, economic, and political power of underrepresented communities in urban settings. peter.hammer@wayne.edu