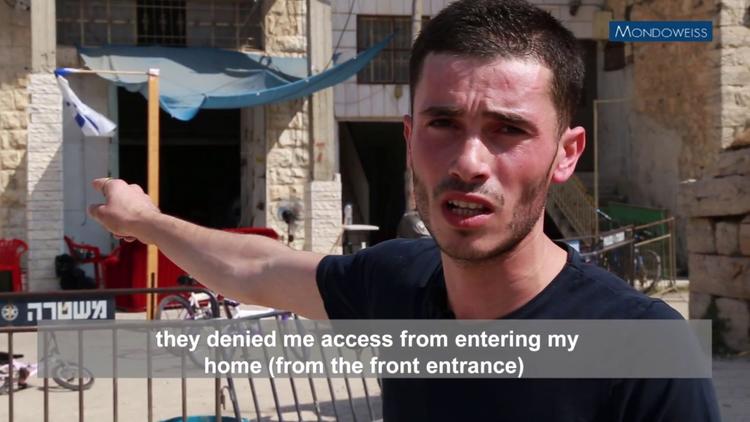 BETHLEHEM (Ma’an) –Two Israeli soldiers were attacked on Friday night in a public park in the town of Pardes Hanna-Karkur, south of Haifa in northern Israel, by a group of young Israelis who allegedly thought the soldiers were Palestinians, according to Israeli media.

Ynet news reported on Sunday that the two soldiers were sitting in the park with a young woman when they were attacked by the group of youth, who according to the soldiers, yelled “you are Arabs” at the soldiers, who were on vacation and presumably not in uniform.

The group of Israeli youth then attacked the soldiers with the end of a hookah pipe and other blunt objects.

Israeli news site Arutz Sheva reported that the soldiers were “lightly injured” and treated at the Hillel Yaffe Medical Center, while the father of one of the soldiers filed a complaint to the police.

Both Arutz Sheva and Ynet reported that the father expressed his outrage over the attack, exclaiming “soldiers go on holiday and are attacked by criminals only because they look like Arabs to them,” adding “they lynched them, it could have ended in death.”

“They attacked them with a pipe from a hookah and other blunt objects. How low can we fall? There are two soldiers who were physically and mentally harmed. And if they were Arabs, then we have to hurt them? We are shocked and call for them to be dealt with,” the father said.

An Israeli police spokesperson was not immediately available for comment.

Violent attacks on Israelis that “look like Arabs” are not uncommon in Israel, as anti-Palestinian sentiment is often expressed in the form of so-called “price tag attacks,” a term used by right-wing Israelis to refer to the attacks they carry out on Palestinians and their property.

In October 2015, one such attack caught the attention of international media organizations when an a Jewish Israeli man, Uri Rezken, was stabbed by another Israeli Jew who believed Rezken was Palestinian.

Meanwhile, according to the United Nations Office for the Coordination of Humanitarian Affairs (OCHA), there were a total of 107 reported settler attacks against Palestinians and their properties in the West Bank and occupied East Jerusalem in 2016. OCHA has recorded 65 such attacks since the beginning of the year.