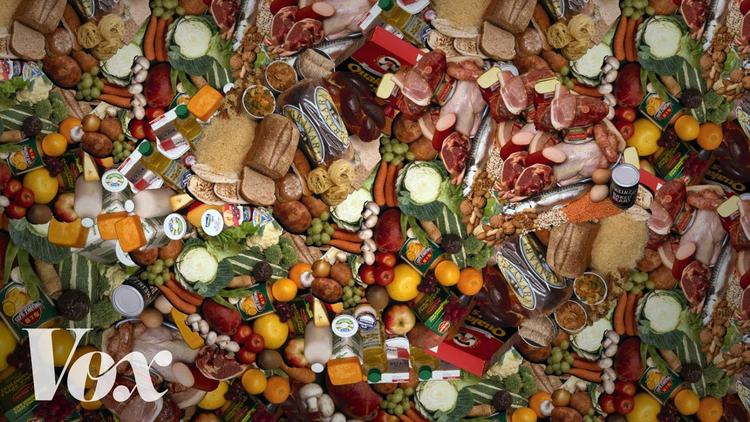 There’s been no shortage of pessimistic news on climate change lately. A group of climate scientists and policy experts recently declared that we have just three years left to dramatically turn around carbon emissions, or else. Meanwhile a widely circulated New York magazine article detailed some of the most catastrophic possible consequences of climate change this century if we continue with business as usual.

Critics pounced on the article, claiming gloom-and-doom messages are disempowering and thus counterproductive.

But are they? And is there a better way to communicate to people about the urgency of climate change? In a somewhat unorthodox way – creating a mini-series of videos on climate change – my colleagues and I think we’ve gained some insight into these questions.

Naysayers to negative messaging miss an important function of this kind of apocalyptic thinking. It is useful in forcing us to imagine ourselves as the people who allowed a future we don’t want to come about. In California, for example, Governor Jerry Brown has been a master of highlighting the existential threat of climate change. But his real genius has been linking that dystopian vision to what needs to be done to prevent it from becoming real. I call this approach “the California way: sunny with a chance of apocalypse.”

Dystopian visions are easy to conjure these days; they come with scientific probabilities. The second part of that communication strategy – making a compelling connection to how we can act, individually and collectively, to avoid the worst consequences of climate change when so much of our lives depend on fossil fuels – is the really hard part.

To learn more about this challenge, we recently conducted a kind of real-life experiment in the art and science of climate communication with “Climate Lab,” a series of six short, popular videos created by the University of California with Vox.

The series, which has had more than five million views and created a robust online discussion, grew out of a peer-reviewed report co-authored by 50 UC researchers entitled “Bending the Curve: Ten Scalable Solutions for Carbon Neutrality and Climate Stability.” I was the senior editor, and we worked hard to make the executive summary a tool for communicating what needs to be done to get to carbon neutrality by midcentury. We wanted it to be used by UC President Janet Napolitano (who has pledged that the UC system will be carbon neutral by 2025), Governor Brown, the Vatican, and other important players at the Paris climate summit. And it was.

But we knew we had to do something different to reach a wider audience. One of the chapters in our report reviewed the state of research on climate communication, which over the past couple of decades has taught us a lot about what doesn’t work. We don’t know as much about what does work, but we’re beginning to pull some guidelines from research. So we created a series guided by what we know to see what we could learn.

What do we know from the literature?

A real-life experiment in making connections

For “Climate Lab,” we wanted an approachable, even fun and humorous, trusted messenger who would appeal to diverse audiences. We found one in M. Sanjayan, the chief scientist and now CEO of Conservation International, who is also a senior researcher in the Institute of the Environment and Sustainability at UCLA. Sanjayan has lots of TV experience (PBS, BBC, National Geographic). And he was eager to try something different.

The subjects ranged from why people are so bad at thinking about climate change to the impacts of our consumer habits, the footprint and fate of our cellphones, food waste as a huge contributor to greenhouse gases, the past and possible future of nuclear power and the importance of diverse messengers, from the pope to a Tea Party member concerned about climate.

I recently conducted an analysis of the reception for these different stories and came away with a few conclusions that reinforce what we’ve learned from the literature, and give us direction for future episodes in the series.

All the stories topped half a million views and generated surprisingly on-point conversations in the comments sections. Well, mostly on-point.

But the three stories that were most popular, those that got the most views and generated the most engagement (thumbs-up and commenting), shared some important characteristics:

These three stories were about why we need to be nudged to think about climate and like to compete to be greener than others, how we can reduce consumer waste individually and collectively, and how simple solutions can lead to big reductions in wasted food.

Two geeky, techie episodes on cellphones and nuclear energy didn’t do quite as well by these measures. And though it was my favorite, the one meta story about the importance of messengers did the least well.

This tells me that people respond well to two things: stories about what they can do, and how they can be part of a broader effective change. And those two things need to be connected.

We’re going to continue to experiment with “Climate Lab” – we’re also creating a real online class for undergraduates which we hope will be used in other universities as well – until we get where we need to be locally and globally: carbon neutrality with a stabilizing climate by midcentury.

So, by all means, let’s talk about how urgent action is, and imagine the worst results of not acting, but let’s be sure to tell stories that lower the barrier to taking action, too, individually and collectively.

Jon Christensen, Adjunct Assistant Professor in the Institute of the Environment and Sustainability, the Department of History, and the Center for Digital Humanities, University of California, Los Angeles