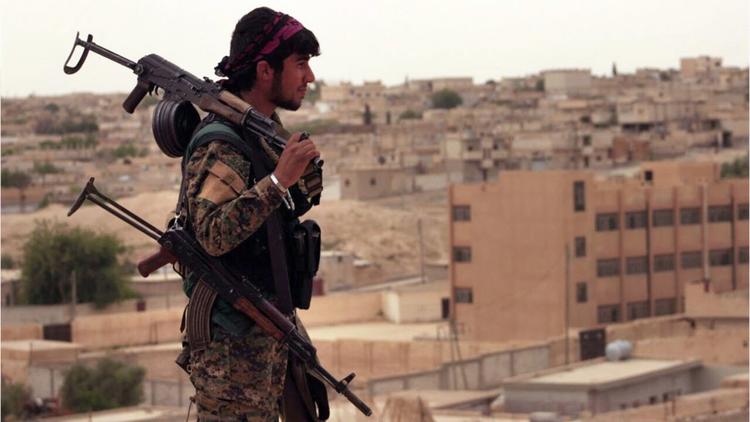 The United States has been funding and supporting the group for months, due to “strategic interests” in the region, a spokesperson revealed.

U.S.-backed Kurdish forces in Syria — who are among Washington’s most important and powerful regional allies — told Reuters Thursday that the U.S. military will remain in northern Syria “for decades to come.”

A spokesman from the Syrian Democratic Forces (SDF), an alliance of militias headed by the Kurdish YPG, Talal Silo, told Reuters that the the United States has a “strategic interest” in the area, and that U.S. forces will be staying there long after the Islamic state group might be defeated.

“They have a strategy policy for decades to come. There will be military, economic and political agreements in the long term between the leadership of the northern areas (of Syria) … and the U.S. administration,” Silo said.

The U.S. military has funded the SDF extensively, also supporting them with air strikes, artillery, and special forces on the ground. It was in March when the then-new U.S. administration of President Donald Trump began distributing arms to the YPG, ahead of their assault in Raqqa.

When probed about their long-term strategy, Col. Ryan Dillon, another spokesman for the coalition, deferred Reuters to the U.S. Pentagon, adding that there is “still a lot of fighting to do, even after ISIS has been defeated in Raqqa”.

Eric Pahon, a Pentagon spokesman, in turn, stated, “The Department of Defense does not discuss timelines for future operations. However we remain committed to the destruction of ISIS and preventing its return.”

The head of the YPG revealed last month that the United States has established seven military bases in areas of northern Syria that are controlled by the YPG or SDF, including a major air base near Kobani, which borders Turkey.

“In the beginning, American support was secret,” Alan Hassan, a Kurd in northeastern Syria’s Qamishli, told The New York Times of the group’s affiliations back in May. “Now it is public. The relationship has changed from undeclared to declared.”