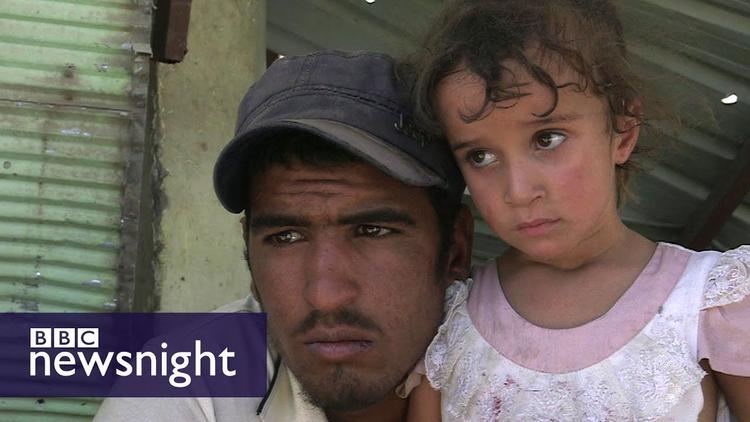 Two projects in Mouls show a different side to the devastated northern Iraqi city, as younger people there celebrate the end of the ISIL’s reign.

The fighting is all but done in the northern Iraqi city of Mosul and the damage caused by three years of occupation by the extremist group known as ISIL is apparent. Despite the destruction and death, some of the young people of Mosul are doing their best to respond with optimism.

It started with an announcement on the Facebook page known as Mosul Eye and ended with a group of young Iraqis pulling “survivors” out from under the rubble of what was once one of the city’s proudest institutions.

“Our first meeting was on April 27 in front of the central library and we were shocked by the destruction we saw,” says Aws Ibrahim, one of the volunteers with what would come to be known as Mosul’s book rescue campaign. “All the books had apparently been burned.”

At first the plan was simply to organize some cultural activities at the university, the volunteers say. “But the plan changed when we realised there were some books that had not been destroyed,” Ibrahim explains. “After making sure there were no boobytraps we entered the library and discovered that there were plenty of books still in good shape.”

After taking the books out of the destroyed library, the 23-member group decided to store the publications in a closed football stadium, one that the IS group had been using to keep property they confiscated and stole from civilians and Mosul institutions.

“We cleaned the stadium and then we started transferring books. We felt like rescuers who have given those trapped under the rubble a new chance at life,” Ibrahim says exuberantly.

More than 34,000 books have been recovered and are in storage. The team’s job is done. So what next? Re-opening the university and eventually, the young people of Mosul hope, the library too.

The First Band In Mosul After ISIL

When the book rescuers began their campaign, they were accompanied by four musicians. Just a few months previously, the musicians had had to practise together in secret. They would carry their instruments to one particular house in nondescript black bags and practice there very quietly. If members of the IS group, which banned music, seeing it as against their version of religion, passed in front of the house and heard them, the punishment could have been death.

Now that the IS group has been pushed out of Mosul, the young men have formed a proper band, Awtar Nergal; awtar means strings and Nergal was a Babylonian god of war and protection. The members – Hakim Zarari, Mustafa Raad, Khaled al-Rawi and Mohammed al-Adwani – play two guitars, an oud and a violin. And they’re incredibly proud of the fact that they are the first band to be formed in Mosul after the IS group’s cruel reign.

“When the IS group were in control, I used to meet Khaled to play very quietly,” Raad told NIQASH. “One of our friends used to sit outside the house in case the IS group’s morality police [also known as the Hisbah, these men and women monitored civilians for religious violations] came along. We were satisfied with the small amount of happiness in the middle of that war, that we got from those meetings and we tried to meet every fortnight or so.”

When the battle for Mosul began in October, nobody was playing music any more. It was too dangerous and anyway, all the young men cared about was survival. Some of them lost their instruments.

Just one month after the IS group was pushed out of the western side of Mosul the young musicians were able to meet again.

“We were the first to play music on the streets of Mosul,” Raad, who is one of the group’s two guitarists, recounted. “We played in front of the central library which had been burned by the extremists, in front of a large audience and we welcomed a convoy of about 150 activists from Baghdad and other southern provinces.”

The young musicians were then invited to play music in the nearby, semi-autonomous northern region of Iraqi Kurdistan by a US-funded institute, the YES Academy (an acronym for Youth Excellence on Stage).

“Today we are free,” Hakim says, “and we will do our best to continue to deliver our message.”