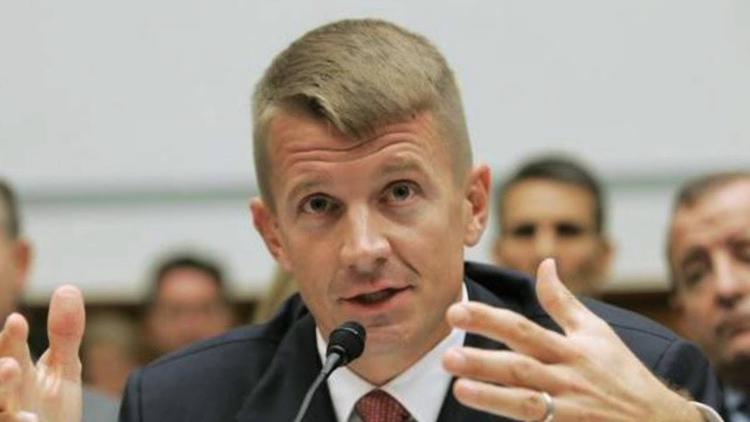 So far, he has teed off twice as many times as Barack Obama had at the same point in his term. Indeed, Trump has spent as much as 20 percent of his presidency at various golf clubs. This despite the criticism Trump leveled against Obama for playing golf too much and his promise to stay away from the links if he became president. On the other hand, given the traditional association of golf and the Oval Office, Trump’s golfing “may be the most presidential, possibly the only presidential, thing he’s done so far,” sports writer Robert Lipsyte writes in TomDispatch.

Trump also likes to boast about his golf abilities. He lists his handicap as 2.8. But take that with a grain of salt. According to a recent Sports Illustrated feature, Trump also likes to cheat at golf. He’ll routinely take mulligans – redoing a shot as if the first one never happened. He’ll also take advantage of “improved lies.” That is, he’ll alter the position of the ball to make it easier to hit.

“Improved lies” – that’s a good way to describe Trump’s approach to campaigning, to the media, and to governance in general. Lying was never good enough for Trump – he had to super-size his lies: pump them up, string them together, repeat them ad nauseum, and stick to them even after they’d been repeatedly exposed as untrue.

Now, as he turns to address the war in Afghanistan, Trump must somehow raise his game. He finds himself far off the fairway with no “improved lie” in sight.

But there’s always the mulligan option.

Presidents are busy fellows. They have to keep track of a huge number of issues. They don’t have the luxury to dive deep into a subject.

Donald Trump doesn’t dive into any subject (other than himself). His attention span can’t even accommodate a one-pager of bullet points. “I call the president the two-minute man,” confides one Trump whisperer. “The president has patience for a half-page.”

Afghanistan is probably the most complicated issue on the presidential agenda. It’s the longest war that the United States has ever fought. It’s also America’s most glaring foreign policy failure from both the military point of view (the Taliban are stronger than ever) and the diplomatic standpoint (the Afghan state is weaker than ever). Everything the United States has tried – more troops, fewer troops, more drones, more pressure on Pakistan, different political configurations in Kabul – has failed to help the benighted country. Afghanistan was ranked number nine on the Failed State Index in 2017; a decade ago in 2006, it was roughly the same at number 10.

It has taken a lot less than two minutes for our two-minute president to figure out that, in Afghanistan, the United States is not doing what he promised so often during his election campaign: winning. “We’re going to win so much, you’re going to be so sick and tired of winning,” Trump said back in May 2016, “you’re going to come to me and go ‘Please, please, we can’t win anymore.’”

In Afghanistan, on the other hand, the United States has been losing so much that the American public has told three presidents now that they’re sick and tired of losing and can’t take it any more.

So, after his two-minute appraisal of the situation, Trump wants to treat the Afghanistan war like a golf game. He wants to pretend that the first dozen balls hit into the rough by George W. Bush and Barack Obama were just practice swings.

It’s time for a redo.

The president’s first impulse is to blame the failures of the Afghanistan war on someone else – and then fire him. Army General John Nicholson has been heading up the effort over there since Obama appointed him in 2016. Back in February, Nicholson put in a request for a few thousand more troops to help the Afghan army, such that it is, to beat back the Taliban. Trump gave his Pentagon chief the authority to implement the mini-surge of around 4,000 troops, but Jim Mattis has reportedly been reluctant to do so until he has more buy-in from Trump himself.

Now Trump is considering firing Nicholson. That would give him a chance to blame everything on Obama and install his own yes-man, General Mulligan. Together they’ll pretend that everything is going swimmingly.

That’s not all, of course. Just as the administration would prefer that China deal with North Korea, it wants Pakistan to handle the Afghanistan problem – by cracking down on the areas within Pakistan where the Taliban have created safe havens. To get Pakistan to follow U.S. orders, the administration is considering everything from downgrading its status as an ally to increasing drone strikes on its territory. Like China, however, Pakistan has been reluctant to do the U.S. bidding. It even refuses to acknowledge that the Taliban has established safe havens in the northwest.

Trump has also considered just pulling out all troops from Afghanistan. But The Washington Times reports that withdrawal is no longer in the mix:

[T]he White House has all but abandoned any notion of a partial or complete withdrawal from the central Asian nation, dubbed the “zero option” by Obama administration strategists, with many inside the Pentagon privately noting that the idea was essentially dead on arrival among senior military leaders.

Then there’s the piracy option: loot the country of its wealth before leaving it to the wolves. A 2010 estimate put Afghanistan’s mineral riches at $1 trillion. Though highly disputed, the number caught Trump’s attention, reports The New York Times:

[F]or Mr. Trump, as a businessman, it is arguably the only appealing thing about Afghanistan. Officials said he viewed mining as a “win-win” that could boost that country’s economy, generate jobs for Americans and give the United States a valuable new beachhead in the market for rare-earth minerals, which has been all but monopolized by China.

Winning the battle with the Taliban is not high-stakes enough for Trump. Going head to head with China, on the other hand, and grabbing those rare-earth minerals: that’s the kind of lemonade that Trump wants to make out of the lemon of Afghanistan.

When in Doubt: Privatize?

The latest plan to emerge from the White House is perhaps the most ludicrous of them all: privatize the war. In this scenario, which former Blackwater CEO Erik Prince “leaked” to USA Today, Trump would essentially give up on the U.S. military altogether and rely instead on 5,500 private contractors and a private force of 90 planes to provide air support. Both Mattis and National Security Advisor H.R. McMaster are reportedly cool to the idea.

Trump might like the idea of spending less – Prince promises a price tag of $10 billion a year versus the $40 billion the Pentagon spends on the war annually – but then the president would be buying the Afghan equivalent of the Brooklyn Bridge. Blackwater’s tenure in Iraq was marked by murder, assorted brutalities, graft, and other scandals. This is the coals-to-Newcastle model that Trump wants to bring to Afghanistan.

If the privatizing of the Afghan war goes forward, it will represent only the latest example of how the Trump oligarchy rewards its claque. Prince, the brother of Secretary of Education Betsy DeVos, has made a killing off of killing. You can practically hear him slavering over the prospect of all the money he can make in Afghanistan.

Trump has turned to Erik Prince because he wants to win, and he doesn’t care how. If winning means more civilian deaths from aerial bombing, which has been the case in the war against the Islamic State, so be it. If winning means going back to the “dark side” that Dick Cheney so famously praised, then Trump will endorse torture and extraordinary rendition. And if it means reneging on his promise to refocus American energy and resources on rebuilding the U.S. economy, he will flip-flop in a New York minute. There is no “win” in Afghanistan, not by military means, but that won’t stop Trump from redefining “win.”

Obama, when he took office, had to grapple with the diminishing ability of the United States to enforce its will on other countries. With an international community considerably less predisposed toward Washington, Trump faces an even less favorable course. Sand traps to the left of him, water hazards to the right: Trump is stuck in the middle with Afghanistan.

Trump can’t win, but he’ll do his best to fake it with his mulligans and “improved lies.” Meanwhile, he’ll line his pockets and those of his closest associates. But hey, that’s par for the course for our subpar president.