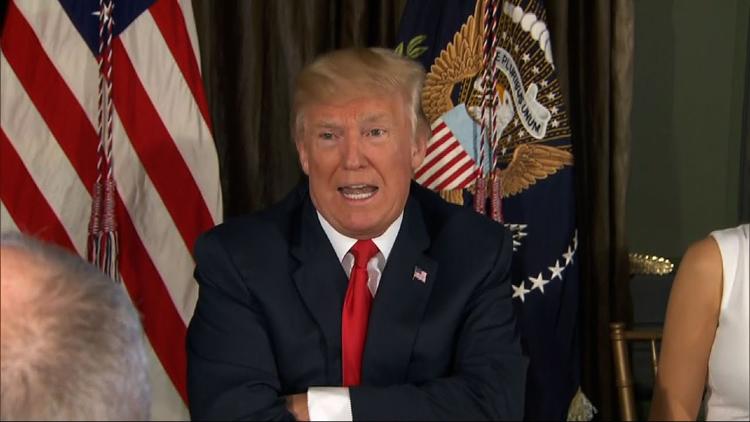 If we weren’t talking about two nuclear-armed states with unhinged leaders, the war of words between the US and North Korea would be hilarious. Trump’s threat Tuesday that “”North Korea best not make any more threats to the United States. They will be met with fire and fury like the world has never seen” was empty rhetoric and the government of Kim Jung-un knows it, which is why they immediately teased Trump that they were going to hit Guam with a missile strike. The counter-threat was just as absurd as the initial one.

This sort of over-heated rhetoric is hardly unprecedented and always weakens the United States.

North Korea is a country with a $17 billion gross domestic product (nominal) and a population of 25 million. I’m sure it has its virtues, but military weight in world affairs isn’t one of them. It is in a league with Nepal, Gabon and Iceland economically. Population-wise it is in the same league as the Cameroons and Madagascar. The US has a population of 320 million and a GDP of $18.5 trillion.

When I heard the phrase “fire and fury,” I couldn’t help thinking of George W. Bush’s threat of “shock and awe” against Iraq in March of 2003.

The threat was intended to convince Saddam Hussein and other embers of the Iraqi elite to flee the country without preconditions.

It did not work. The US failed to find Saddam, and failed to decapitate the regime.

The American Air Force did rain down destruction on Baghdad, but Baghdad did not surrender.

The army was sent in, grunts on the ground having to fight Iraqi armor and other units. Increasingly the military realized it had been duped by W.’s rhetoric. As Iraqi soldiers discarded their uniforms the better to engage in a guerrilla war, one general got into trouble with the highly scripted White House when he admitted that this was not the war they had gamed for.

The shock and awe that was supposed to make Saddam surrender without a shot, and to cow the Iraqis into submission, Instead the US was drawn into an Iraqi quagmire that continues to this day.

When they start talking shock and awe in Washington, friends, it is time to hunker down for the long haul.

AP: “Trump: NKorea Will Be Met with ‘Fire and Fury'”