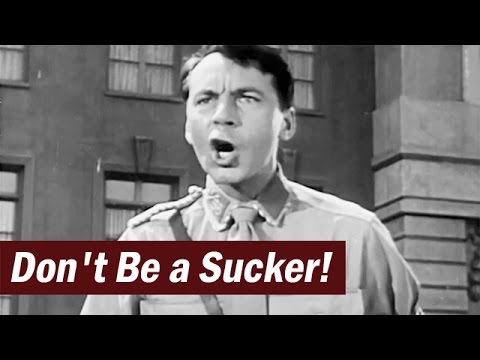 Wikipedia: “Don’t Be a Sucker! is a short film produced by the US War Department in 1943 and re-released in 1947. It has anti-racist and anti-fascist themes. The film was made to make the case for the desegregation of the United States armed forces.

An American who has been listening to a racist and bigoted rabble-rouser is warned off by a naturalized Hungarian immigrant, who explains to him how racist and bigoted demagogy allowed the Nazis to rise to power in Germany, and warns Americans not to fall for similar demagogy propagated by American racists and bigots.”