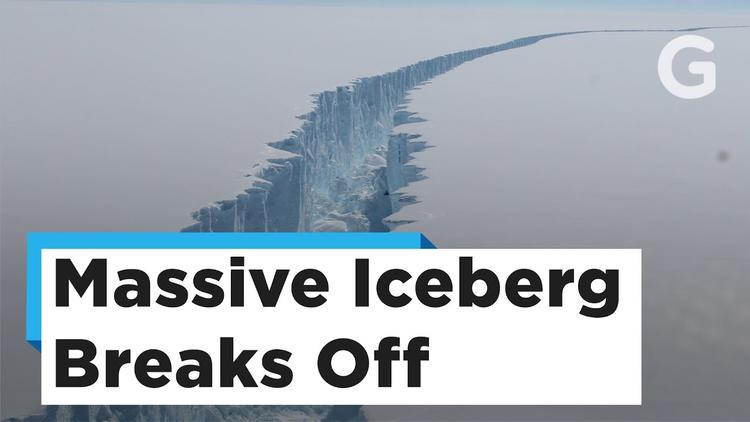 Melting of Antarctica’s ice can trigger rapid warming on the other side of the planet, according to our new research which details how just such an abrupt climate event happened 30,000 years ago, in which the North Atlantic region warmed dramatically.

This idea of “tipping points” in Earth’s system has had something of a bad rap ever since the 2004 blockbuster The Day After Tomorrow purportedly showed how melting polar ice can trigger all manner of global changes.

But while the movie certainly exaggerated the speed and severity of abrupt climate change, we do know that many natural systems are vulnerable to being pushed into different modes of operation. The melting of Greenland’s ice sheet, the retreat of Arctic summer sea ice, and the collapse of the global ocean circulation are all examples of potential vulnerability in a future, warmer world.

Of course it is notoriously hard to predict when and where elements of Earth’s system will abruptly tip into a different state. A key limitation is that historical climate records are often too short to test the skill of our computer models used to predict future environmental change, hampering our ability to plan for potential abrupt changes.

Fortunately, however, nature preserves a wealth of evidence in the landscape that allows us to understand how longer time-scale shifts can happen.

One of the most important sources of information on past climate tipping points are the kilometre-long cores of ice drilled from the Greenland and Antarctic ice sheets, which preserve exquisitely detailed information stretching back up to 800,000 years.

The Greenland ice cores record massive, millennial-scale swings in temperature that have occurred across the North Atlantic region over the past 90,000 years. The scale of these swings is staggering: in some cases temperatures rose by 16℃ in just a few decades or even years.

Twenty-five of these major so-called Dansgaard–Oeschger (D-O) warming events have been identified. These abrupt swings in temperature happened too quickly to have been caused by Earth’s slowly changing orbit around the Sun. Fascinatingly, when ice cores from Antarctica are compared with those from Greenland, we see a “seesaw” relationship: when it warms in the north, the south cools, and vice versa.

Attempts to explain the cause of this bipolar seesaw have traditionally focused on the North Atlantic region, and include melting ice sheets, changes in ocean circulation or wind patterns.

But as our new research shows, these might not be the only cause of D-O events.

Our new paper, published today in Nature Communications, suggests that another mechanism, with its origins in Antarctica, has also contributed to these rapid seesaws in global temperature.

We know that there have been major collapses of the Antarctic ice sheet in the past, raising the possibility that these may have tipped one or more parts of the Earth system into a different state. To investigate this idea, we analysed an ancient New Zealand kauri tree that was extracted from a peat swamp near Dargaville, Northland, and which lived between 29,000 and 31,000 years ago.

Through accurate dating, we know that this tree lived through a short D-O event, during which (as explained above) temperatures in the Northern Hemisphere would have risen. Importantly, the unique pattern of atmospheric radioactive carbon (or carbon-14) found in the tree rings allowed us to identify similar changes preserved in climate records from ocean and ice cores (the latter using beryllium-10, an isotope formed by similar processes to carbon-14). This tree thus allows us to compare directly what the climate was doing during a D-O event beyond the polar regions, providing a global picture.

The extraordinary thing we discovered is that the warm D-O event coincided with a 400-year period of surface cooling in the south and a major retreat of Antarctic ice.

When we searched through other climate records for more information about what was happening at the time, we found no evidence of a change in ocean circulation. Instead we found a collapse in the rain-bearing Pacific trade winds over tropical northeast Australia that was coincident with the 400-year southern cooling.

To explore how melting Antarctic ice might cause such dramatic change in the global climate, we used a climate model to simulate the release of large volumes of freshwater into the Southern Ocean. The model simulations all showed the same response, in agreement with our climate reconstructions: regardless of the amount of freshwater released into the Southern Ocean, the surface waters of the tropical Pacific nevertheless warmed, causing changes to wind patterns that in turn triggered the North Atlantic to warm too.

Future work is now focusing on what caused the Antarctic ice sheets to retreat so dramatically. Regardless of how it happened, it looks like melting ice in the south can drive abrupt global change, something of which we should be aware in a future warmer world.