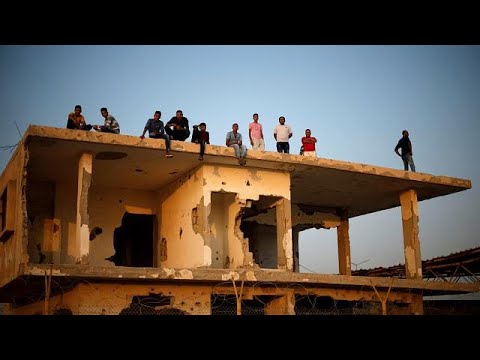 BETHLEHEM (Ma’an) — Hamas, the de facto ruling party of the Gaza Strip, has pledged to dissolve its administrative committee that runs the besieged coastal enclave and expressed readiness to hold general elections, in a bid for reconciliation with the Fatah-led Palestinian Authority (PA).

A statement from Hamas movement said the decision came in response to recent diplomatic efforts by Egypt to reconcile the rival factions, while PA President Mahmoud Abbas has been calling on Hamas to end the administrative committee, relinquish control of the small territory to the PA, and hold presidential and legislative elections.

Hamas and the Fatah-led PA have been embroiled in a more than a decade-long conflict since 2006, when Hamas won Palestinian legislative elections and a bloody conflict between the two groups broke out.

Despite numerous attempts at reconciling the groups, Palestinian leadership has repeatedly failed to follow through on promises of reconciliation and holding of long-overdue elections, as both movements have frequently blamed each other for numerous political failures.

The Hamas movement said Sunday it has dissolved its administrative committee — formed earlier this year to the outrage of the PA, agrees to hold general elections for the first time since 2006, enter talks with Fatah, and allow the national reconciliation government to operate in Gaza.

Hamas signed the reconciliation agreement with the PLO in April 2014, which was to pave the way for a general election by the end of 2014. However, a devastating 50-day Israeli attack on Gaza that year, as well as a dispute over payment of the salaries of tens of thousands of Hamas security forces, first blocked progress on the deal towards reconciliation.

The Palestinian political crisis has since only continued to worsen, and Hamas said it formed the committee after the consensus government failed to take responsibility for Gaza’s administration. The PA alleges that Hamas is attempting to form a “shadow government” to run Gaza independent of the West Bank.

In recent months, the PA has been also been accused of deliberately sending the impoverished Gaza Strip further into a humanitarian catastrophe — by slashing funding for Israeli fuel, medicine, and salaries for civil servants and former prisoners — in order to wrest control of the territory from Hamas.

Last month, Abbas threatened to undertake further repressive measures against the impoverished territory should Hamas not unconditionally abide by the PA’s demands to end the administrative committee, relinquish control of the enclave to the PA, and hold presidential and legislative elections.

Following Hamas’ acceptance of these key conditions on Sunday, senior Fatah official Mahmoud Aloul told Reuters news agency that he welcomed cautiously Hamas’s position. “If this is Hamas statement, then this is a positive sign,” he reportedly said. “We in Fatah movement are ready to implement reconciliation.”

Al-Ahmed, who is currently in Cairo for Egyptian-led reconciliation talks with Hamas, told Wafa that a lengthy meeting was held between the Fatah delegation in Cairo with the head of the Egyptian intelligence service, Minister Khaled Fawzi, in which they reviewed the continuous efforts exerted by Egypt to end the Palestinian internal split.

Al-Hamad confirmed reports that the Fatah delegation met with the Hamas leadership, and “hailed Hamas’s call for the unity government to resume its normal work in Gaza as well as its approval to hold presidential and legislative elections,” according to Wafa’s report.

The Fatah official also said that there will be a bilateral meeting between Fatah and Hamas officials followed by a meeting of all the Palestinian factions that signed the May 2011 reconciliation agreement “in order to begin practical steps to implement the deal,” and expressed hope that the coming days would “witness tangible practical steps,” Wafa said.

Nickolay Mladenov, United Nations Special Coordinator for the Middle East Peace Process, also released a statement welcoming Hamas’ announcement. “I welcome the recent statement by Hamas announcing the dissolving of the Administrative Committee in Gaza and agreement to allow the Government of National Consensus to assume its responsibilities in Gaza,” he said.

“I commend the Egyptian authorities for their tireless efforts in creating this positive momentum. All parties must seize this opportunity to restore unity and open a new page for the Palestinian people,” the UN envoy continued. “The United Nations stands ready to assist all efforts in this respect. It is critical that the grave humanitarian situation in Gaza, most notably the crippling electricity crisis, be addressed as a priority.”

The development also came after head of the Hamas movement’s politburo Ismail Haniyeh and other high-ranking Hamas members met with Egyptian intelligence officials in Cairo last week, with talks focusing on a readiness to work toward national unity.

Hamas leadership told the Egyptians they would allow the Palestinian national reconciliation government to take charge of Gaza and carry out elections, so long as all Palestinian factions hold a conference in Cairo afterwards to elect a national government responsible for the West Bank, Gaza Strip, and East Jerusalem.

An Egyptian source close to the intelligence services told Israeli news daily Haaretz that Hamas is trying to prove to Egypt that it is not obstructing reconciliation and is responding to demands, hoping to reap the benefits if and when the talks falter on the PA’s part.

Hamas has sought to improve relations with Cairo in recent months by increasing cross border security, including the construction of the military buffer zone, in hopes that Egypt will ease its enforcement of Israel’s brutal, decade-long siege of the territory and open up the Rafah border crossing.

A Fatah delegation sent by Abbas to Cairo also discussed Egypt’s efforts to reconcile the Palestinians on Saturday.

Meanwhile, Abbas arrived in New York on Sunday to take part in the proceedings of the 72nd session of the United Nations General Assembly. He is to meet US President Donald Trump there on Wednesday, ahead of the Palestinian president’s speech at the UN Thursday.

Euronews: “Hamas ‘ready’ to work with Palestinian authority in Gaza”