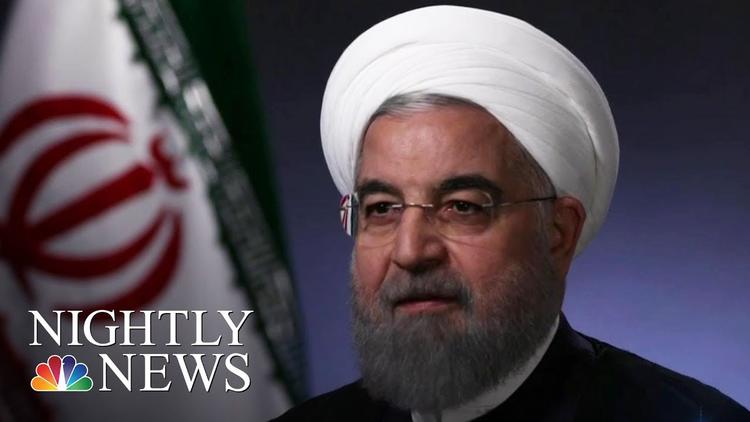 Iranian hardliners are still responding to Trump’s speech at the UN Monday, in which he accused Iran of backing terrorism and called the nuclear deal the worst deal the US had ever made.

Iranian leader Ayatollah Ali Khamenei said Thursday that Donald Trump’s address to the UN had been the performance of a “cowboy” or a “mobster.” The US president’s words, he said, were “disturbed” and “detached from reality.”

Major-General Hassan Firouzabadi, a major military adviser to Iran’s Leader, lambasted Trump, saying, “That was the emptiest, most shameful speech delivered at the UN” according to Mehr news. He said he was praying for the liberation from the world of Trump-brand ‘world arrogance’ and said that Trump was “disregarding UN norms and talking against peace.” He added, “My condolences to the United States for their president…” [h/t BBC Monitoring for trans.]

Major-General Rahim Safavi, the chief military adviser to Khamenei, said that Trump’s UN address to the UN had been “stupid.” He said that the American public realizes that Trump is unqualified, and that they widely despise him. “I don’t expect him . . . to serve out his full term.” [h/t BBC Monitoring for trans.]

Safavi said “Trump showed he does not abide by any international agreement including the nuclear deal, which is a multilateral accord signed among big powers.”

Safavi objected to Trump’s characterization of Iran as a supporter of terrorism, saying that the US supported the extremist state of Saudi Arabia, supported Israeli terrorism against the Palestinians, supported the Nusra Front (an al-Qaeda affiliate in Syria), and he (incorrectly) accused the US of being behind the rise of ISIL.

Centrist president Hassan Rouhani, who had hoped for better relations with the US, opined that: