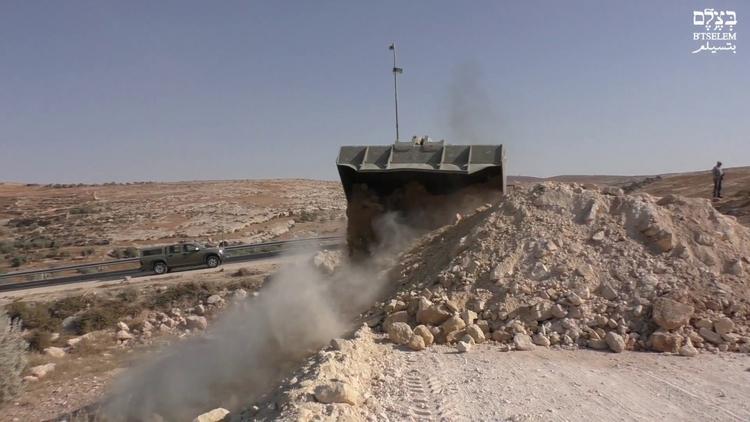 – Essentially an offer that says ‘Get Out or We Will Make Your Life a Living Hell, or Worse.’

The Platform Provides 3 Choices for Palestinians: Accept Ethnic Cleansing, Bend the Knee to Apartheid or Expect Even More Violence

After initiating and winning what is commonly known as the 6 Day War in June of 1967, Israel conquered East Jerusalem and the West Bank. Since that time Israel ruled over these territories through military law and over 600,000 Israelis known as settlers have colonized these areas in direct violation of the Fourth Geneva Convention to which Israel is a signatory. Article 49 of the convention explicitly states “the Occupying Power shall not deport or transfer parts of its own civilian population into the territory it occupies.” The international community only recognizes Israel to the extent of the borders prior to the 1967 War, but has only gone as far as issuing U.N. resolutions against the colonial settlements. Never have sanctions of any significance ever been imposed upon Israel for its brazen flouting of international law.

50 years later, on September 12, the National Union delivered the brazen “Decision Plan” to permanently integrate East Jerusalem and the West Bank into Israel, while disregarding Palestinian human rights under international law. The National Union is a faction within the powerful ultra-nationalist right wing Jewish Home Party that is part of the current coalition running the Israeli government. Although the conference does not represent ruling government, Members of the Israeli Knesset and the Jewish Home Party led the initiative. The approximate 100 delegates that attended voted unanimously for the plan.

Paraphrasing a Haaretz headline on the conference, ‘National Home has approved an annexation plan to coerce Palestinian departure.’ Further, the article’s subtitle states that “with a stamp of Netanyahu approval, right-wing party conference discusses their plan to annex the Palestinian territories and offer a surrender-or-transfer ultimatum.” Yet the offer that Netanyahu implicitly endorsed is even worse than that.

The first two points of the Decision Plan provide Palestinians may live in the Jewish State if they give up their right to participate in the government ruling over them. Those that refuse to accept this second class residency will “receive assistance” in emigrating. There is an ominous third option. Since the Palestinians may not accept the compulsion to leave their homeland, as many of us would also reject, and may also resist living under an Apartheid state, as many of us would do, the third option is to face even more violence from the soldiers already enforcing the colonization and domination of East Jerusalem and the West Bank.

“1. Anyone who is willing and able to relinquish the fulfillment of his national aspirations will be able to stay here and live as an individual in the Jewish state.

“2. Anyone who is unwilling or unable to relinquish his national aspirations will receive assistance from us to emigrate to one of the Arab countries.

And then there is the ominous third option, with its violent implications as plain as day.

“Anyone who insists on choosing the third ‘option’ – to continue to resort to violence against the Israel Defense Forces, the State of Israel and the Jewish population will be determinedly handled by the security forces with greater force than at present and under more comfortable conditions for us.”

So if the Palestinians choose not to leave their millennia-old homeland and do not accept the permanent domination of the Jewish State over their lives, and instead exercise their right under international law to resist the occupiers of their territories, Israel will turn its modern war machine on the defenseless Palestinians in East Jerusalem and the West Bank much as it has repeatedly done on the open air prison of Gaza.

In other words, the Israeli Right Wing’s position is ‘Get Out or We Will Make Your Life a Living Hell, or Worse.’

Notice that the three options leave out a fourth that neither the Israeli Right Wing parties nor the Western mainstream media acknowledge – peaceful resistance to living under the boot of the Israeli occupation and colonization. Apparently then anything the Palestinians do is considered violence against the Jewish State. This does help explain why 816 Palestinian political prisoners were held without charges as of May of this year.

Indeed, a peaceful protest of over 10 Palestinians has been illegal since Israel passed the far reaching Military Order 101 on August 27, 1967. For the 50 years since the Israeli military entered East Jerusalem and the West Bank in June of 1967, Palestinians not inside the internationally recognized borders of Israel have lived under military law dictated by the “only democracy in the Middle East.” The New Arab notes “Israeli military law places severe restrictions on nearly every aspect of civilian life. This also goes beyond everyday life with a ban on all freedom of expression in the occupied territories.

“Under Military Order 101, the display of Palestinian flags, emblems, posters or the publication of documents and images of a political nature are also banned.” Therefore, under Israeli military law, all forms of Palestinian political expression can be censored.

Military Order 101 is the ace in the hole for the Israeli occupation forces. For example, “prominent Palestinian human rights activist Issa Amro was jailed in 2016 for attending a protest in Hebron without a permit.” Further, Military Order 101 is one of the many tools Israel has used to arrest and detain “hundreds of thousands of Palestinians, including women and children.” As members of the dissenting Israeli veterans’ group Breaking the Silence have noted, many of these arrests occur during middle of the night home raids which have the explicit purpose of intimidating the Palestinian population. If the Israeli military chooses to prosecute, Palestinians are essentially automatically guilty given the military courts’ conviction rate of “99.7 per cent.”

Perhaps then the statement of Ayalet Shaked, the Israeli Minister of Justice and a member of the Home Party that attended the conference should not be surprising. Earlier this month she stated, “Zionism should not continue, and I say here, it will not continue to bow down to the system of individual rights interpreted in a universal way.” After all, she is the person most responsible for enforcing the law of the so-called “only democracy in the Middle East.”

Finally, Honesty about the Zionist Objective to Ethnically Cleanse Palestine

Perhaps almost as startling is the implication of a comment made by one of the leading supporters of the Decision Plan, Minister of the Knesset Bezalel Smotrich.

“’After a hundred years of managing the conflict, the time has come for a decision,” MK Smotrich told the assembly.

In other words, this “conflict” between the Zionist colonizers, most of whom came from Europe, and the Palestinians that have called this land their own for millennia, has been going on since 1917, the year of the Balfour Declaration. So let us start there with the importance of the key changes the Bristh made to the original draft the Zionists submitted to Balfour. The original Zionist draft stated:

Yet the British used this language in the final draft.

“His Majesty’s government view with favour the establishment in Palestine of a national home for the Jewish people, and will use their best endeavours to facilitate the achievement of this object, it being clearly understood that nothing shall be done which may prejudice the civil and religious rights of existing non-Jewish communities in Palestine, or the rights and political status enjoyed by Jews in any other country.”

How have the Zionists fulfilled their end of the bargain then? Over the past 70 years, their reign began with the Ethnic Cleansing of 1948, the colonization and military rule of East Jerusalem and the West Bank since 1967, and the failed attempt to colonize Gaza as well. Yet this failure to colonize Gaza was replaced with turning the world’s largest and longest running refugee camp into an open air prison for over a decade. Clearly Israel has failed to live up to the term “nothing shall be done which may prejudice the civil and religious rights of existing non-Jewish communities in Palestine.”

Some Israelis now believe that Zionists were entitled to all of Palestine at the time the conflict began, 100 years ago, even though Jews only constituted 8% of the population (as of 1918).

Obviously it doesn’t matter to Zionist supporters, that some Zionists came to Palestine with the intent of “transferring” the indigenous population out of Palestine from the beginning. Not only did many early Zionists discuss this need prior to 1948, but even the draft of the declaration they presented to Lord Balfour envisioned that outcome. It is worth repeating that the Zionists’ draft stated “Palestine should be reconstituted as the national home of the Jewish people” (emphasis added). (It is also worth noting that even the British, the leading colonizers in the world, thought that demand went too far and changed it accordingly.)

Too few in the world know that some Zionists have all along had the objective of the Ethnic Cleansing of Palestine, let alone part of a plan for 100 years. So at least the National Union is doing something Zionist propaganda has covered up all this time. It is being honest about the destiny for Palestinians under Zionism.

Ian Berman is an entrepreneur and former corporate banker at leading global banks in New York City. He now focuses on renewable energy, financial advisory services and writing about representative government, equitable public policies and ending American militarism and Israel’s continuing colonization of Palestine. He is the Co-Founder of Palestine 365, the Ongoing Oppression and its predecessor, Palestine 365, on Facebook.