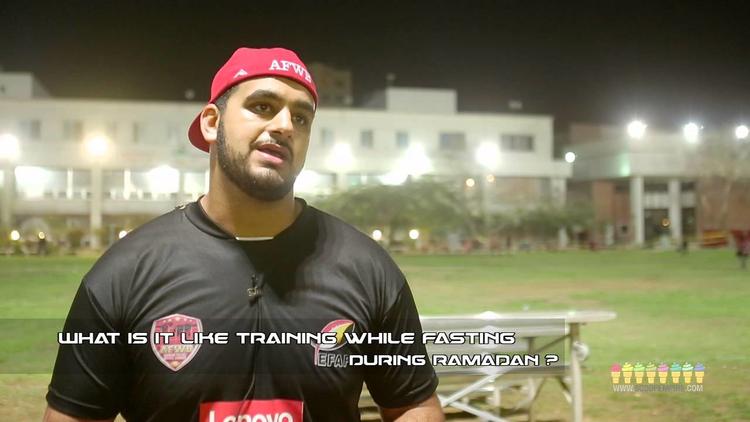 It is a wet and dreary February afternoon in Union City, the compact and densely populated township sitting on the New Jersey bank of the Hudson River. The rain leaves the streets deserted. Outside the North Bergen mayor’s office, a group of some 50 people cower under their umbrellas and crowd around the flagpoles to the left of the main entrance. The American flag is already raised atop the most prominent pole on the small patch of grass.

A new flag runs up the post behind immediately behind it. The crowd cheer and clap. When it reaches the summit, some climb onto the elevated bank and take selfies with their friends or children. The low wind takes some time to coax the flag from its entanglement, but eventually, the white, green and black stripes and the red triangle of the Palestinian flag are revealed.

Over the past five years, these Palestinian flag-raising ceremonies have become an annual fixture in several New Jersey towns with prominent Palestinian-American communities, such as North Bergen, Clifton and Paterson. I spent the majority of my time between these towns while conducting research on second-generation Palestinians living in the state.

When these events are reported on via news articles and Facebook posts, they are usually met with angry comments from the wider community. Many criticise the town halls for flying a non-American flag; some voice concern that flying the Palestinian flag endorses a nation of terrorists, or even fret that raising the flag of a majority-Muslim nation implies America is losing parts of its territory to religious and ethnic enclaves.

At the heart of these reactions is a belief that retaining such ties to countries of origin is antithetical to becoming American – an analysis upheld for many decades by literature on migrant “assimilation” in the US. But it is not simply an affiliation to an “elsewhere” that can explain the incensed reaction. After all, St Patrick’s day celebrations just across the Hudson pass without critical commentary, and the claiming of Irish, Scottish or Italian heritage by post-immigrant generations rarely leads to an accusation of being un-American, at least not today.

The point is that unlike those white European nations, the “elsewhere” to which Palestinian-Americans “belong” is an Arabic and majority-Muslim nation – and one that has for several decades been painted as a terrorist enemy of the US and its values.

In my own research, I argue that these flag-raising ceremonies are occasions for Palestinian-Americans to pay homage to their dual national loyalties and their transnational, diasporic identities, while making a bid for belonging and recognition in the US. As one community leader who organised the largest ceremony in 2016 told me emphatically:

[These days] aren’t political … they aren’t about the city of Clifton recognising the State of Palestine or Palestinian Authority. They are about recognising the contribution of the Palestinian community to that town. It could be Palestinians, or people from South American, European or Asian countries. All these different groups raise their flags here, like us.

I want to thank the town of North Bergen for this event recognising the Palestinian community. We are both proud Americans and proud Palestinians. Our fathers came here and found refuge and opportunity, and for that we are grateful. Later generations were born in and nurtured by this country, and woven into its fabric, and for that, we love it.

A local school teacher speaking next offered a similar sentiment:

We as Palestinians … all of us, from the halls of Congress to the halls of academia, we have contributed in substantial positive ways to this country, we are able to flourish as a community in America, here in North Bergen and across this great country. And today’s raising of the flag is a clear reflection of all we have accomplished today. God bless North Bergen, God bless America and God bless Palestine and its amazing people.

These events are ultimately less about the raising of the Palestinian flag, but raising it alongside the American flag. Packed with second and third-generation Palestinian-Americans who have grown up between both of these worlds, flag-raisings are rare opportunities to reconcile two seemingly incompatible identities.

There is a storied tradition of American thought that sees dual identities not as a threat to a cohesive national identity or antithetical to the process of “assimilation”, but as the very definition of America itself. As the progressive intellectual Randolph S. Bourne wrote in 1916: “America is … not a nationality but a trans-nationality, a weaving back and forth, with the other lands, of many threads of all sizes and colours.”

Today, the raising of the Palestinian flag is a way to celebrate the contributions of an immigrant Muslim and Arab community against, as one speaker at the Union City flag-raising put it, “a backdrop of pervasive Islamophobia and discrimination in America”. His words rang true after Donald Trump’s first “Muslim ban”, the suddenly imposed travel restrictions that rocked Palestinians in New Jersey only a couple of months before, and the atmosphere of racialised nationalism that has hung in the air ever since Trump began his campaign in the summer of 2015.

To borrow a term from the anthropologist Thea Abu El-Haj, flag-raisings are also “bids for citizenship” – a way for Palestinian-Americans to demand inclusion and recognition in a country whose politics and culture have long positioned them as outsiders. To see the Palestinian flag raised alongside the American flag is to receive affirmation and recognition from their American towns – and to pay homage to the dual loyalties that have shaped Palestinian-American generations from the day they were born.