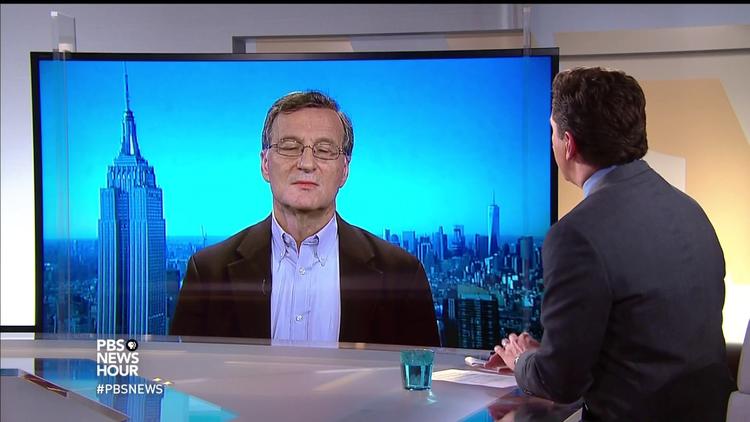 Trump’s various public statements have made clear that he is not an avid reader. He has remarked that he does not have time to read, stating, “I never have. I’m always busy doing a lot. Now I’m more busy, I guess, than ever before.”

It is safe to assume that Trump has not read the writings of the German legal and political theorist Carl Schmitt, who wrote his most important books during the Weimar Republic and leading up to the Nazi regime. At the root of these writings was Schmitt’s emphasis on placing politics above law. According to Schmitt, legality of a particular constitutional order cannot be separated from the specific political system it which it originates. He argued that sovereign authority of the ruler is superior to rigid, abstract legal principles, especially during a crisis, when he argued, the ruler must be freed from legal restraints. The example Schmitt used to underscore this point was Article 48 of the Weimar Constitution, which allowed the concentration of power in the sovereign during an emergency. Schmitt accepted this concept of sovereignty. He joined the Nazi Party in 1933 and supported the regime’s anti-Semitic policies from 1933-36.

Trump also has been consistent in expressing Schmitt’s political distinctions between friend and enemy, demonstrating that what is political is a reflection of, in Schmitt’s words, “…the most intense and extreme antagonisms…” For example, his pardon of ex-Sheriff Arpaio provides a powerful example of the dual use of the sovereign exception and the use of Schmitt’s friend/enemy distinction. This distinction was also on display after the Charlottesville protests, when Trump excused the neo-Nazis as “fine people,” clearly indicating the fascist tendencies in Trump’s White House. This neo-fascism amounts to the arbitrary enforcement of legal means in order to enact reactionary policies, such as Bannon’s ethno-nationalism and assaults on immigrants, branches of government and mainstream media.

Trump’s actions so far manifest a governing philosophy that closely follows Schmitt’s analysis of sovereign dictatorship. In his book Dictatorship, Schmitt defines its essence as the use of state power without input or mediation from independent institutions. He identifies the sovereign dictatorship in terms of the elimination of “legal restrictions and restraints.” Schmitt’s justification for this type of government is not designed to ultimately eliminate the constitution, but rather, to provide the conditions for its maintenance. Trump’s method of policy formulation reveals his position that only he knows what is legal and only he can be the final judge of rule of law. It should be noted that this tendency did not begin with Trump. But while the Obama and George W. Bush administrations sought to legitimize authoritarian measures, the Trump administration sees no need to argue for supporting actions within a legal framework.

Both Nixon and Trump made themselves the final judge of legality, while also disregarding rule of law. That concept closely follows Schmitt’s observation that “The sovereign is he who defines the exception.” When Trump vents his extreme disdain for the judiciary and regards anyone who questions his authority as an automatic enemy, he is calling into question the foundation of law. So when a judge called into question his administration’s immigration ban, Trump strips him and the entire judiciary of credibility when calling him “this so-called judge.”

As an absolute sovereign authority, Trump is at liberty to unleash policies that appeal to those friends who do not question his authority while his enemies are those who express support for political diversity. Therefore, it is no coincidence that Trump condemned Judge Curiel due to his ethnicity and also scapegoats Muslims, Mexicans, the mainstream media and many others. Trump further demonstrates how he alone decides the exception by breaking from and discarding past legal precedents. For example, he expressed his intention to let the Affordable Care Act “fail” or “implode.” He was also willing to withhold cost-sharing payments and eliminate millions of dollars used to promote signing up for the ACA. He advocates reducing the tax credits under the ACA and cutting the individual mandates the law established.

Schmitt’s sovereign exception and distinctions between political friends and enemies are also at work in Trump’s Muslim ban, which violates the Establishment Clause, the Due Process Clause and the Equal Protection Clause, again demonstrating Trump’s position that his sovereignty is above the law. As the sovereign deciding to make the exception, Trump sent 59 Tomahawk missiles to bomb Syria, ignoring the 2001 legislation that limited authorization for military force to those nations and organizations that had been responsible for the 9/11 attacks. He also overlooked international law and the U.N. Charter that restricts the use of force to self-defense or actions authorized by the Security Council. Trump’s exceptions to law are becoming the norm.

The self-destructive elements of neo-fascism are now in place, as seen with climate change deniers Scott Pruitt heading up the Environmental Protection Agency and Rick Perry heading the Department of Energy. The underlying idea of greater social control causing greater social harm can be seen as motivating the appointment of Betsy Devos as Education Secretary. With this appointment, Trump’s goal is to accelerate the privatization of public education by allocating billions into funding vouchers for charter schools, increasing social inequality and destroying public sector unions. Along with the Republican Congress, Trump seeks to establish a national right-to-work law, which would destroy the funding of labor unions and effectively do away with collective bargaining. The U.S. Supreme Court could strip from public sector unions their right to remove fees from the paychecks of members who wish to opt out.

During the campaign, Trump had the support of his friends, billionaires from the worlds of finance, insurance, real estate and energy, who could expect Trump to propose lower corporate tax rates and other billionaire-friendly measures. His proposal for a massive infrastructure investment turns out to be another handout to the billionaire class through government subsidies and tax credits to the tune of $137 billion. Billionaires and Wall Street elites are well-represented throughout his cabinet: Todd Ricketts, deputy secretary of Commerce has a net worth of $5.3 billion; Betsy Devos as Education Secretary is worth $5.1 billion; Steven Mnuchin, Treasury Secretary was a hedge fund investor and Rex Tillerson, Secretary of State, was Exxon’s chief executive officer.

One can only speculate whether or not other parts of the U.S. government that haven’t embraced the administration’s neo-fascism will offer meaningful resistance and to what extent fledgling progressive social movements will rise up and demand policies that expand, rather than diminish, democracy.

PBS NewsHour: “Has Trump been a friend to Workers or just good for Business”