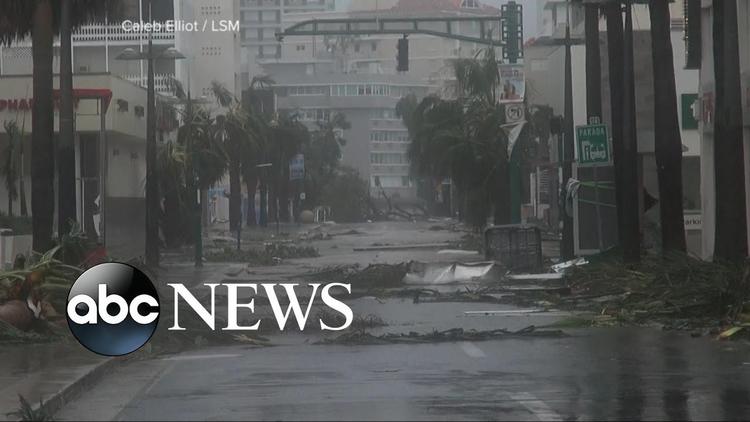 After devastating Dominica and Guadeloupe and battering St. Croix in the U.S. Virgin Islands, Hurricane Maria struck Puerto Rico as a Category 4 storm.

The island’s capital, San Juan, was battered with sustained winds of [138 miles per hour /] 220 kilometers per hour beginning at 6 a.m. local time, according to the U.S. based National Hurricane Center, NHC.

Puerto Rico’s Governor Ricardo Rossello told CNN that the energy grid took such a severe blow that restoring power to everyone may take months.

Rossello also said the system was “a little bit old, mishandled and weak.”

The extent of the damage is still being assessed. Carlos Mercader, a spokesman for Rossello said it was “total devastation.”

Nine people are known to have been killed in Dominica, where Hurricane Maria first made landfall.

Two people died in the French territory of Guadeloupe.