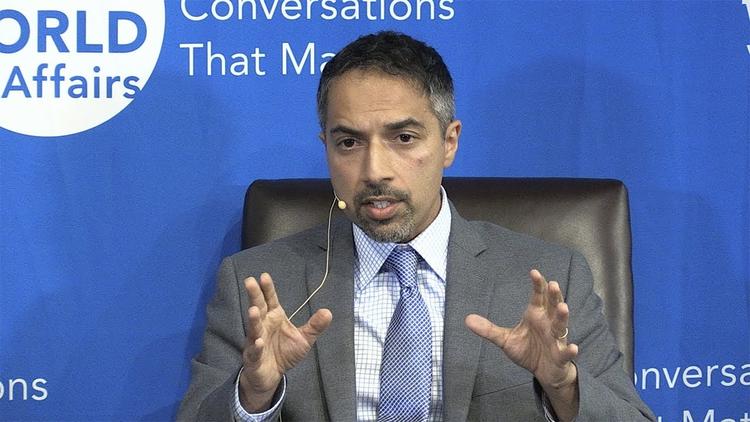 Recently I was asked whether, if Trump succeeded in undermining the Joint Plan of Collective Action (JCPOA), the Iran nuclear deal, whether Iran would reply by going for broke to create a nuclear weapon. A related question is whether a collapse of the JCPOA would strengthen Iran’s hard liners.

Here is what I said

Iran’s clerical leader, Ayatollah Ali Khamenei will not allow development of a nuclear weapon. He has repeatedly given fatwas or considered legal opinions that making, stockpiling and using nuclear weapons contravenes Islamic law. In formal Islamic law, you cannot target civilians. The Qur’an says, “Fight those who fight you.” In Iran’s Shiite Islam, by the way, only defensive jihad or holy war is allowed. An atomic bomb, as the US demonstrated at Hiroshima and Nagasaki, kills very large numbers of innocent civilians. Khamenei can’t climb down from decades of such fatwas without undermining his clerical authority and hence the foundations of his entire regime. Saying he secretly wants a bomb is like asserting that Pope Francis has a covert condom factory in the Vatican basement.

Iran has never had the aim of creating a bomb or it would have one by now.

The Iranian Revolutionary Guards Corps and hard line scientists and engineers tried to finesse Khamenei. They seem to have convinced him to allow them to developing facilities and experiments leading to expertise and capabilities with regard to nuclear weapon production. This capability amounts to what specialists call nuclear latency or the “Japan option.” That is, if the world knows you could slap together a nuclear bomb tout de suite, they are less likely to invade you. Everyone knows Japan has stockpiles of plutonium and technical know-how, and that they could produce a nuclear weapon in short order if they felt really threatened. Trump even encouraged them to go this route.

The Iranian hard liners likewise wanted a deterrence effect via a short time-line to a break-out capacity, i.e. potential bomb production, especially after the US invasions and occupations of Afghanistan and Iraq. As long as they didn’t actually make a bomb, they could escape the ayatollah’s wrath.

Because of Obama’s severe sanctions from 2012, a short time-like to break-out incurred unacceptable costs for nuclear doves like Rouhani, who got Khamenei’s ear and warned him of civil unrest a la 2009 if sanctions continued. Iran was kicked off currency exchanges and had trouble selling its oil, being forced to reduce exports by 1 mn. barrels per day, from 2.5 mn. b/d down to 1.5. (It is back up to exporting 2.6 million barrels per day of petroleum and condensates, but the price has collapsed).

The compromise reached in the JCPOA by the UN Security Council plus Germany was that Iran could keep latency, i.e. the expertise for a Japan option, but had to lengthen its time-line to break-out. It bricked in and abandoned its planned heavy water reactor at Arak. It limited the number of its centrifuges. It destroyed stockpiles of uranium enriched to 19.5% for its medical isotopes reactor. It consented to regular inspections of its facilities by the UN. (Plutonium signatures can be detected months later and no matter how you try to vacuum up the particles, so Iran really can’t cheat as long as it is inspected).

Iran retained latency capabilities and nothing in JCPOA forbade them. What JCPOA insisted on was a long production time-line rather than a short one, i.e. 6 to 8 months rather than a few weeks.

As long as Iran does not ramp up production capabilities to shorten the break-out time-line, it is in compliance.

The cult, the Mojahedin-e Khalq or MEK, i.e the People’s Jihadis, is now pushing a line that something sinister is going on at the Parchin military base. The UN inspectors visited it in 2015 and are not interested in going there again. The Non-Proliferation Treaty excluded inspections of military facilities at US and USSR insistence, and the JCPOA followed that legal tradition. The MEK, which is a small terrorist organization that wants to overthrow the Iranian government in favor of its mixture of Shiite fundamentalism and Marxism, has some sort of shadowy and creepy relationship with AIPAC and the Israel lobbies. Giuliani regularly speaks for big bucks at their meetings. This sort of thing is much more suspicious than the Russian connection.

If, however, the International Atomic Energy Agency (IAEA), the agency charged with inspecting Iran, wanted to visit Parchin again, centrist President Hassan Rouhani would allow it. Transparency benefits him.

The IAEA does not want to visit Parchin because they think the optics of such a request at this time would aid Trump hawks in undermining JCPOA.

By signing the deal, Iran gave up substantial deterrence effects of nuclear latency for the sake of ending sanctions and reducing tensions, by accepting a long break-out time-line. That is, its leaders accepted a situation where the country was somewhat more likely to be invaded or the government overthrown by hostile great powers like the US.

Iran has received almost nothing in return. The GOP Congress, taking its cue from the Israel lobby, has actually ratcheted up US sanctions on Iran, which is a violation of the JCPOA. Moreover, the Trump people have rattled sabers and spooked European investors. Nobody wants to be sanctioned by the US Department of the Treasury, which has in the past fined European firms billions of dollars for doing business with Iran. There has been a small uptick of Iranian trade with Europe and Asia, but the hard liners are slamming Rouhani for giving away the country’s security and returning empty-handed.

Now Trump is inventing some special US certification procedure for Iran compliance, which is not in the JCPOA, and is aimed at undermining it. I doubt Europe will go along with this scam. Maybe someone should inspect the unsafe thousands of US nuclear warheads. Iran does not have any.

Nuclear Israel is threatening to bomb Damascus over Iran’s Syria presence, and is pressuring Russia to expel Iran. The JCPOA weakened Iran vis-a-vis Israel by reducing the deterrence effects of latency. The world community, which tried to reduce Iran to a fourth world country for merely doing some nuclear experiments, has actively rewarded Israel for flouting the Non-Proliferation Treaty and building a stockpile of some 400 nuclear warheads, with which it occasionally menaces its neighbors.

So yes, all this strengthens hard liners and weakens Rouhani.

But China and Russia want the JCPOA and Iran is unlikely to try to get a bomb both for this reason and because of Khomeinist commitments (Khomeini, the father of the Islamic Revolution in Iran, called nukes the tools of the devil, and his successor, Ali Khamenei, agrees).

However, hard liners could try to shorten the break-out window again if they felt the West had severely violated the terms of the deal.

Trita Parsi: Inside the Iran Agreement: The Art of the Deal