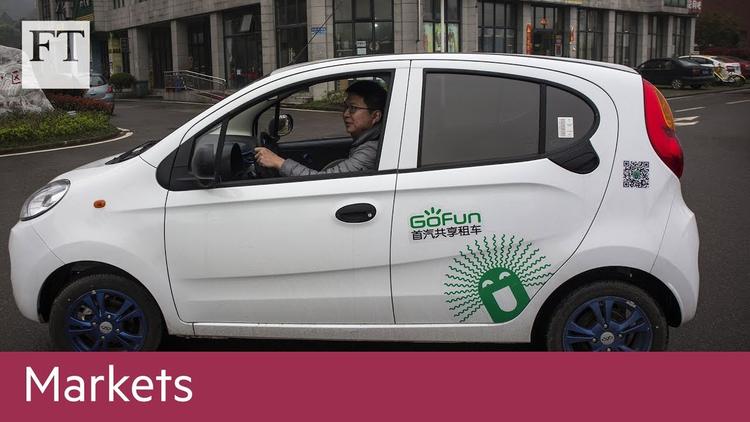 China announced on Thursday (28 September) it would start phasing out fossil fuel cars and set a 10% minimum quota of “new energy vehicles” in 2019, in a move European industry groups called a game changer and a wake-up call for Europe.

China, the world’s largest car market, has set the 2019 “new energy vehicles” sales quota for automakers at 10% of their annual vehicle sales for that year. In 2020, the quota will rise to 12% of annual sales.

China’s ministry of industry and information technology said that producers, as well as importers, would need to prove that at least 10% of the cars they sell in 2019 are new energy vehicles or pay hefty fines. These comprise electric and plug-in hybrid vehicles.

“Today’s announcement by China…is a game changer in decarbonising transport and a wake-up call to the EU to not be left behind in cleaning up its car fleet,” the sustainable transport group Transport & Environment (T&E) said in a statement.

Next week’s European Mobility Week in Brussels provides a good opportunity to take stock of what has been achieved to date, and what is still required to enable and accelerate the uptake of electric vehicles in Europe, write Hans De Keulenaer and Diego Garcia Carvajal.

“European carmakers’ obsession with diesel means they’re now scrambling to comply with the Chinese rules. If Europe wants to keep a strong, competitive car industry, we’ll need to make sure investments and manufacturing in plug-in cars happen in Europe, not just in Asia. That’s why a European sales target for zero-emission vehicles is essential,” she said.

The European Commission is expected to reveal a draft EU CO2 emissions standards for cars in November. In 2016, average CO2 emissions in the EU stood at 118 grams per kilometre, making it difficult to reach the 2021 target of 95 grams, according to ACEA, the association of European automakers.

ACEA’s secretary-general Erik Jonnaert told reporters on Wednesday the group was pushing for a further 20% reduction in CO2 emissions from the 2021 baseline, as a target for 2030.

Preferably, he said, there should be a mid-term review in 2025, “conditional on the real market uptake of electric rechargeable vehicles”, which will in turn depend on the accessibility and availability of the charging and refuelling infrastructure, as well as on the prices of electric car batteries.
Study: Poor marketing and choice of electric vehicles undermines Europe sales

Ask any electric car lover in Europe why the ‘car of the future’ is making such a slow advance on the Old Continent and they will probably point to a lack of charging networks and high prices.

T&E’s Hildermeier said China’s decision was “a sure sign that zero-emission vehicles are the future”.

Jonnaert said European car industry was not living in denial but things should not happen overnight.

“We need to embrace decarbonisation, everyone is doing that. You will see the market changing big time, but there has got to be a role for diesel. In the bigger picture of the entire transport sector, diesel will certainly have a role to play for commercial vehicles, trucks.”

But he stressed that although China was moving faster, “Europe continues to lead the pack in terms of technology. Patents prove that”.

“We are confident that with all the expertise and know-how we already have, our industry will do extremely well and will see its models bought in the US and in China,” he concluded.

The European car industry may soon face a stiff challenge at home and abroad from Chinese electric vehicles. Faced with China’s unwavering plan to accelerate the introduction of electric and hybrid cars, European manufacturers have joined forces with other global producers to plead with Beijing for a ‘less ambitious’ roadmap.