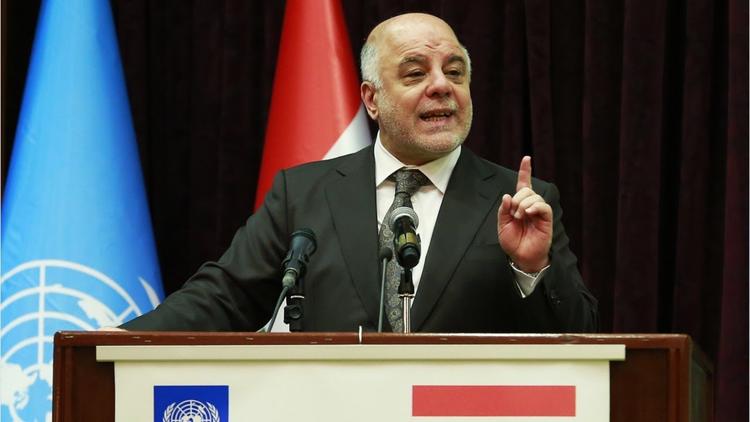 In the end, the Kurdish people and politicians united around the independence referendum. But what happens next? Some senior politicians believe negotiations with Baghdad will begin again.

While many uncertainties remain about Iraqi Kurdistan’s referendum on independence, there is one thing that seems clear to the people on the streets: On the day, the semi-autonomous region felt united in a way that it has not been for a long time.

Part of the reason Iraqi Kurdistan has remained an oasis of relative calm and security, while the rest of Iraq fell apart during the recent security crisis caused by the extremist group known as the Islamic State and earlier, is that the Kurdish people have always considered their ethnicity more important than the religious sect they belong to. Ethnicity has trumped religion in their case and, despite infighting, has tended to unite locals in this area, with the long-term goal being to form their own nation.

In many other situations recently, the Kurdish have been divided – often between the two zones that basically make up the semi-autonomous northern region, which are run by the two major political parties, the Kurdistan Democratic Party, or KDP, and the Patriotic Union of Kurdistan, or PUK.

Up until the very last minute some of the region’s political parties remained opposed to the referendum. The KDP, the PUK and the Kurdistan Islamic Union had supported the referendum while the Change movement, also known as Goran, and the Islamic Group of Kurdistan wanted it postponed.

Just one day before the referendum though, when it became clear it was going ahead, the Islamic Group of Kurdistan relented and senior members said they would be voting “yes” in the poll.

“We expect a better and more positive internal situation when it comes to relations between the political parties in Kurdistan after the referendum,” Mohammed Elkhani, a Turkmen member of the High Council on the Referendum, tasked with negotiating with Baghdad on the subject. “It brought the different political parties together for a common cause.”

The population of Iraqi Kurdistan also appear united on the issue. The most recent count indicates that around 92 percent of locals voted for independence; that’s around 3.3 million people. On local social media, even those who had argued against holding the referendum now posted smiling pictures of themselves voting “yes”.

However, celebrations may prove short lived. Almost immediately the Iraqi government presented the Iraqi Kurds with a post-referendum list of demands, saying they needed to give up control of their border posts, including airports, as well as oil exports. They also demanded that the results of the referendum be annulled and said they would not recognize said results, although as some pundits have pointed out, the referendum was always non-binding.

As Abdullah al-Zaidi, a representative of the ruling Shiite Muslim political alliance that runs the country, told NIQASH, the Kurds should have been expecting that kind of reaction.

Asked what would bring all parties to the table, al-Zaidi told NIQASH that Iraqi Kurdistan needed to “annul the referendum results and the consequences, or face internal isolation”.

There have also been threats of external isolation from neighbouring countries upset by the referendum, such as Turkey and Iran.

“We consider that any kind of collective punishment by these countries against the Kurdish region to be illegitimate,” Safeen Dizayee, the spokesperson for the Iraqi Kurdish government, told NIQASH. “We hope these threats do not become reality.”

In fact, Dizayee believes that shared economic, security and political interests will prevent Iraqi Kurdistan from being isolated by international allies and enemies alike. However, he concedes that the region’s relationships with Iran and Turkey are going to be more complicated from now on, and that certainly they will be different than before the referendum.

Other politicians in Iraqi Kurdistan have different concerns. A senior member of the Change movement, Samal Abdullah, says that his party is now engaged in discussions about the future of Iraqi Kurdistan after the referendum.

They have not forgotten their misgivings about the process either, he added; the Change movement have long said that the current president of Iraqi Kurdistan, Massoud Barzani, the prime mover behind the referendum, is holding the position illegally.

“Our views on the region’s law, government reforms and the legal situation regarding the presidency have not changed,” Abdullah told NIQASH. But as has often been the case in the past in parliament in Baghdad, the Kurdish cause overrides all other considerations and the Kurds will be sticking together in the face of foreign aggressors.

“Internal conflicts and the patriotic, national cause are separate issues. But we will stand together, when It comes to any threats against the Kurdish region,” Abdullah added.

For now, it seems the Kurdish are willing to wait and see, even as foreign governments and the Iraqi government continue to make threatening noises.

“During the coming days, there will be new issues arising and we will get a better idea of the full picture,” the Assyrian and Chaldean envoy to the High Council on the Referendum, Romeo Hakari, told NIQASH. “We will wait for this threatening language to calm down; all indications suggest to us that negotiations can begin again.”

Of course, negotiations will be different now that the referendum has been held, Hakari says, but it is important to remember we are not declaring independence.

As yet, Hakari was uncertain as to whether the referendum would even be discussed in Baghdad again or whether the region would simply start to try and work its way toward independence.

“In the beginning, we are going to negotiate with Baghdad about the referendum results and about the various problems we have between us,” Hakari posits. “But if we run into problems, we will do as the old Arab proverb says: There is a hadith [Islamic prayer or religious verse] for every occasion.”