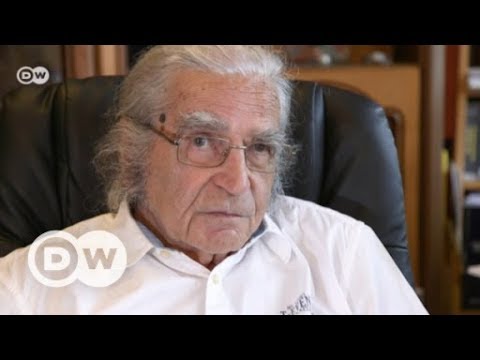 Germany funds foundations for its political parties. If the far right gets one, we’re one step closer to globalizing the alt-right.

Germany got its very own electoral shock this week when the far right won 13 percent of the vote in country’s parliamentary elections.

For the first time in more than half a century, the far right will be represented in the German parliament, with more than 90 seats. Although it’s now Germany’s third most popular party — behind the Christian Democrats (CDU) and the Social Democrats (SDP) — the Alternative for Germany (AfD) is still too toxic to become part of a ruling coalition.

But the AfD will have influence well beyond its numbers. “In a nutshell,” Deutsche Welle reports, “things are about to get a lot nastier.”

The AfD’s electoral victory has destroyed the taboo in Germany that has kept the far right on the fringes. It will inevitably pull the ruling Christian Democrats further to the right, particularly on social issues like immigration. It may even have an impact on the ongoing discussions about the fate of the European Union.

Beyond Germany, the AfD’s success will give a shot in the arm to other far-right formations, particularly after the National Front’s losses in the last French elections. Looking a little further down the road, if it manages to return to parliament in the next election, the AfD will qualify for government money to create its own party foundation, which will enable Germany’s far right to spread its message all over the world.

Europe’s rebellion against liberalism — in both its economic and social versions — is continuing to shake up politics as usual. An equally unsettling question, though, is how much it will shake up geopolitics as usual.

What the AfD Wants

The far right in Germany has followed much the same script as the Tea Party and the Trump movement in the United States.

It began in 2013 with several academics angry about the Eurozone (and, by extension, the European Union). But just like economist Dave Brat was an obscure political hopeful until he started talking about the so-called “threat” of immigrants in Virginia — and ended up taking House Majority Leader Eric Cantor’s seat in 2014 — the AfD only became truly popular by stoking anti-immigrant sentiment.

As Chancellor Angela Merkel of the Christian Democrats welcomed refugees into Germany in 2015 — an influx, to date, of around 1.3 million people — the AfD began to peel away support from the center-right CDU. Even the purportedly moderate faces of the AfD, like Jorg Muethen, have made statements like, “in some German cities, I struggle to find Germans on the streets,” thus equating German citizenship with skin color or other external markers.

The party has advocated border controls — effectively abrogating the Schengen system of free movement within many EU member states — as well as new border patrols. Frauke Petry, a party leader who is also considered a moderate, has said that these new border police units should shoot at migrants if necessary as they try to make it into the country.

Central to the anti-immigrant message has been Islamophobia. The party plastered the streets of Germany with posters like one that showed two young, bikini-clad women from behind that read, “Burkas? We like bikinis.” On Facebook, it distributed an ad showing bloody tire tracks with the caption, “The tracks left by the world chancellor in Europe,” linking Merkel’s refugee policy to terrorist attacks around the continent.

The party has other deeply disturbing positions, like its denial of climate change. But what has caused some division within the party is its attitude toward German history. One party leader, Bjorn Hocke, has called for a “180-degree turnaround” in German attitudes about the Nazi era. Since current German policy is firmly in the camp of condemnation of Nazis, it’s quite sobering to imagine the kind of policy that Hocke prefers.

This German corollary to Trump’s appeal to white supremacists and neo-Nazis has divided the party. Frauke Petry abruptly walked out of an AfD press conference this week after announcing that she wouldn’t sit in parliament with the party faction. Reportedly, Petry has wanted to purge the party of its extremist elements — at least those who take an extremist position on the history question — just as Marine Le Pen attempted to clean up the National Front by kicking her anti-Semitic father out of the French far-right party.

According to Spiegel’s analysis of AfD’s likely MPs, 35 of 94 are “right wing extremists.” So, it’s not just about a purge of one or two bad apples. Expect the AfD to split along the same realo and fundi — realist vs. fundamentalist — fault line of the Greens.

A key connection between AfD and Trump, the UK Independence Party, and right-wing Israeli Prime Minister Benjamin Netanyahu is their ad man, Vincent Harris. He’s responsible for the bikini and tire tracks ad campaigns. He’s adept at fusing anti-immigrant, Islamophobic, and race-baiting messages. But with one of his suggestions for the AfD, Harris went too far. The party rejected his suggestion of “Germany for Germans” as a campaign slogan. Perhaps it will resurface in the next election, if the so-called moderates abandon the party.

Finally, what would a modern election be without Russian interference?

In the lead-up to the election, several major newspapers noted that Russian involvement in the German vote was scant. Perhaps they spoke too soon. First to consider are the Russian speakers, those with German heritage who’ve relocated to Germany since the 1980s — the right kind of immigrants from AfD’s point of view. The AfD estimates that fully one-third of its support comes from this constituency, and it has helped the party become the second most popular one in former East Germany.

Then there was the obligatory visit to Moscow, as Petry made her pilgrimage last February and met with, among others, the truly beyond-the-pale politician Vladimir Zhirinovsky. As the election entered its last phase, the usual trolls and Twitter bots came out to play, at least some of them Russians supporting AfD.

Again, as with Trump, the Kremlin isn’t interested in promoting a particular party in the hopes that it will win or reorient the country’s foreign policy. It simply wants to shake up a status quo that it perceives as tilted against Russia.

Has the Right Already Won?

Even though the radical right has lost some recent elections — notably in France and in the Netherlands — it has nevertheless transformed the debate in Europe.

Consider the immigration situation. This month, the two-year program to relocate 160,000 migrants from Greece and Italy to other EU member states came to an end. It managed to relocate only 28,000 people, and only with great effort. Some countries — notably Poland and Hungary — refused to locate a single migrant. More than 20 member states failed to meet their obligatory target by 50 percent.

Far right populists poisoned the discourse on immigration, denouncing millions of people as well as linking this “scourge” to the EU, multiculturalism, and liberal politics more generally. Throughout the continent, EU member states are tightening their immigration laws, increasing the number of deportations, and sweeping away informal settlements like the “Jungle” in the northern French town of Calais.

“The right-wing populists have already won the upcoming elections in Europe, no matter what the outcome is,” writes Krsto Lazarevic in Deutsche Welle. “The EU has done away with human rights and Western standards of civilization by cooperating with the Libyan coastguard, African dictators, and deporting people back to war zones.”

Then there’s the issue of helping countries like Greece exit their perpetual financial crisis. Discussions this week between Athens and Eurozone officials seem to point the way toward fresh loans and the prospect of Greece becoming fiscally independent by next August. But if Merkel has to bring the Free Democrats into a coalition government, she’ll have to reckon with that party’s “red line” on reforming the Eurozone to facilitate “fiscal transfers” to countries like Greece. The Euroskeptic AfD will rejoice.

The French turned back the tide of hatred in the last presidential and parliamentary elections. The National Front, once seemingly on an unstoppable roll, now has only eight seats in parliament, and its leader Marine Le Pen presides over a fractious party.

In the wake of Le Pen’s losses, pundits wondered if Trump has had a bracing effect on Europe. Europeans see how Trump has transformed the United States into a three-ring circus, and they want none of it.

But that’s France. Elsewhere, the far right continues its march.

In Norway, for instance, the right-wing Progress Party pulled in a respectable 15 percent in September elections, good enough for it to continue as a coalition partner with the Conservative Party. But perhaps that’s because the Progress Party, despite its anti-immigrant and pro-nationalist approach, isn’t quite as crazy as the National Front.

A more authentically radical right is poised to take over in Austria in elections next month. There, the far-right Freedom Party (FPO) is polling even better than the AfD — in the low 20s. It would be doing even better if the center-right People’s Party hadn’t started to take up its anti-immigration, Islamophobic message. The bullet dodged at the end of last year when independent Alexander Van der Bellen defeated Freedom Party leader Norbert Hofer seems to have taken a boomerang trajectory.

Worse, the center right in Austria, unlike its counterpart in Germany, has no problems with forming a government with the far right. Given that one-third of Austrians don’t want to live next to Muslims — more than in Germany or France or Switzerland — it can count on considerable popular support for such a coalition.

In the Czech Republic, meanwhile, a certifiably Trump-like figure is likely to win next month’s presidential election. Andrej Babis, currently the finance minister, is a billionaire who’s skeptical of the European Union and wants to close the EU’s borders to keep out immigrants. His involvement in a corruption scandal involving one of his enterprises illegally receiving EU subsidies — oh, the hypocrisy! — doesn’t seem to have harmed his popular standing.

The AfD’s win may well encourage this political trajectory in Europe and beyond. It’s still hard to imagine the party successfully pushing through legislation or having much impact on governance. But if the party gets above 5 percent of the vote in the next parliamentary elections, it will win the right to form its own international foundation. Of course, the Bundestag might deploy various stalling tactics to prevent such an official funding stream — as it did when the left-wing Die Linke qualified — but there’s a strong bias in German political culture to observe the rules.

The prospect of German government money helping to spread far right-wing politics globally is a nightmare scenario. Germany just took one step closer to helping globalize the alt-right and recycle from history’s dustbin something that ought never again see the light of day: a Fascist International.

The rise of far-right populists in Germany | DW English