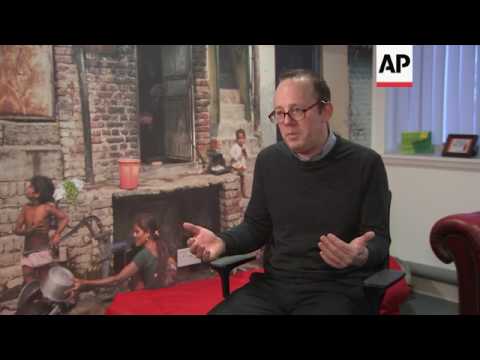 Only days after the horrific aftermath of Hurricane Maria in Puerto Rico, Donald Trump unleashed a tweet that outraged many but surprised few. With millions of Puerto Ricans without food, water, and fuel, Trump lashed out against those islanders literally begging for more federal help.

“They want everything done for them,” Trump snarled.

“How terribly insensitive,” millions of us on the mainland muttered in response. “How predictably Trump,” we all sighed. The Donald being Donald.

Remember Mitt Romney? In his 2012 campaign for the White House, the phenomenally rich Romney displayed the same basic mindset as the Donald, his successor as the GOP Presidential nominee. Some “47 percent” of Americans, Romney told a gathering of his big-time contributors, “believe the government has a responsibility to care for them and believe that they are entitled to health care, to food, to housing, to you-name-it.”

Romney’s “welfare bum”-style comments came in a private, behind-closed-doors, no-press-allowed session, a setting where Mitt and his fellow rich could let their hair down and share what they really feel. But why do they feel that way? Why do the rich so often see those who lack the wealth they have in abundance, as ingrates who want everything done for them?

One possible reason: Grand fortune encourages the rich to see in others the approach to life that great wealth cultivates in them. No one gets more “done for them” than the super rich.

Who else but the rich can hire chauffeurs to drive their cars and nannies to raise their children, maids to clean their houses and personal trainers to tone their bodies, chefs to cook their meals and captains to steer their yachts, personal assistants to do their shopping and PR flacks to sing their praises?

Americans of more modest affluence can also partake of some of these services, but only the truly rich have the resources to get virtually “everything done” by others, day after day, year after year.

Life in this entitlement environment shapes how the awesomely affluent interact with the world. They come to see their privilege as the proper order of the universe. The wealthy deserve to be served. Those without wealth do not. If those without wealth did rate as deserving, after all, wouldn’t they already be wealthy?

Social scientists have a label that may be useful here. They speak about “projection,” the phenomenon of projecting onto others what leaves us ashamed in ourselves.

Deep down, the wealthy who have “everything done for them” must at some level feel the artificiality — and inhumanity — of their privilege. We individual humans, as social animals, simply cannot perpetually take without giving. Rather than confront this inhumanity, the rich ascribe it to others.

Meanwhile, the suffering — in Puerto Rico and everywhere else people suffer to survive — continues.

Would some really good therapy turn all this around? Could some ace therapists help the Donald Trumps and Mitt Romneys see the error of their insensitive ways? Most probably not. Grand concentrations of private wealth make the poisons of privilege inevitable. The longer we let these grand concentrations fester, the more poison they produce.

These poisons have only one lasting antidote. Greater equality.